The U.S. ambassador to the Organization for Security and Cooperation in Europe (OSCE) warned Friday that Russia’s military mobilization is “the most significant … since” World War II.

Michael Carpenter made the comments in a statement to an OSCE meeting, Reuters reported. Carpenter estimated that Russia has gathered “between 169,000 – 190,000 personnel in and near Ukraine.”

“We assess that Russia probably has massed between 169,000-190,000 personnel in and near Ukraine as compared with about 100,000 on January 30,” Carpenter told the OSCE meeting, which was discussing the Ukraine situation. “This is the most significant military mobilization in Europe since the Second World War.”

Carpenter said the assessment “includes military troops along the border, in Belarus, and in occupied Crimea,” explaining the sudden rise in the estimation. The range he gave also accounts for “Russian National Guard and other internal security units deployed to these areas” as well as “Russian-led forces in Eastern Ukraine,” CNN reported. 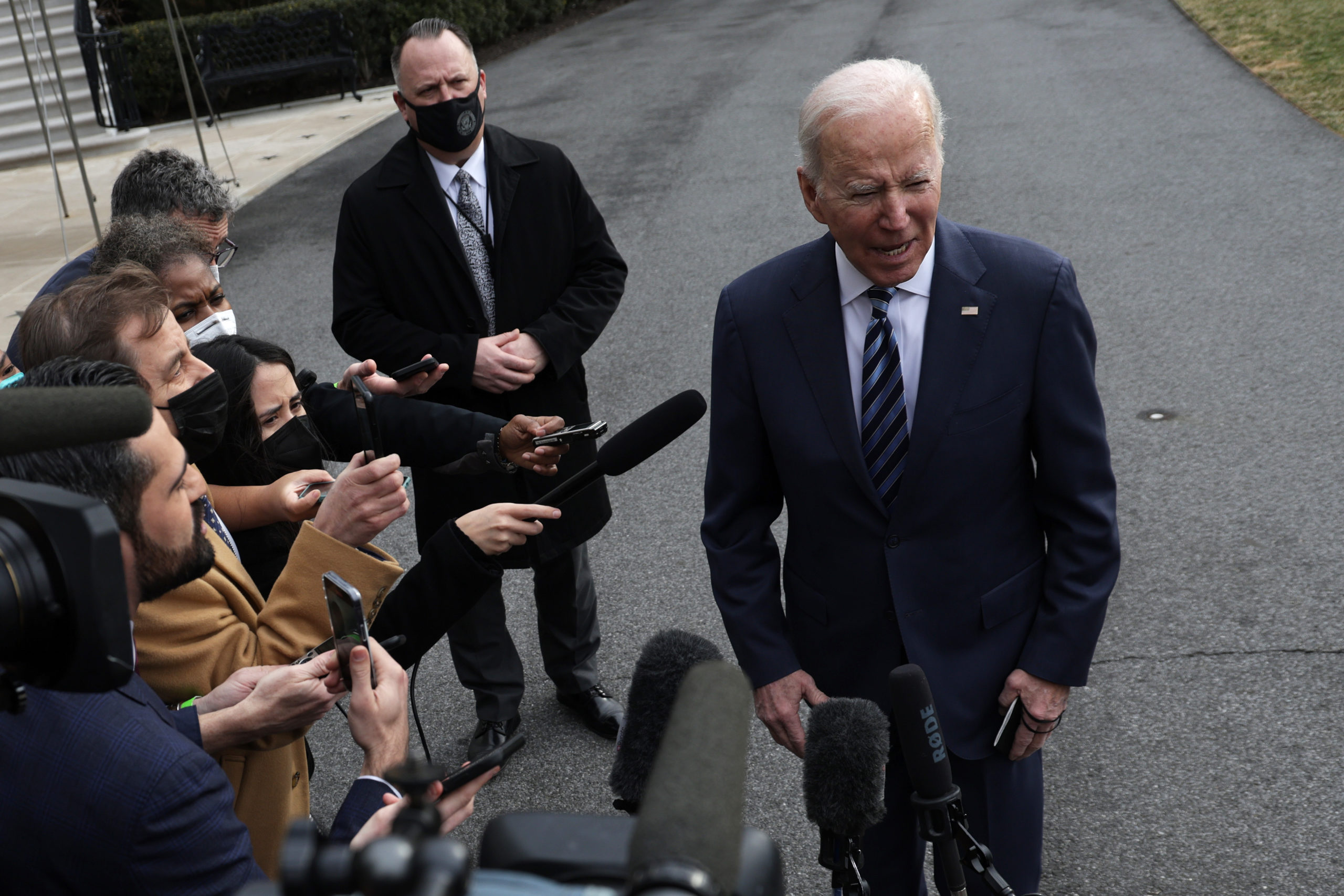 WASHINGTON, DC – FEBRUARY 17: U.S. President Joe Biden speaks to members of the press prior to a departure for Cleveland, Ohio from the White House on February 17, 2022 in Washington, DC. President Biden predicted the likelihood of a Russian invasion to Ukraine is high and “in a matter of days.” (Photo by Alex Wong/Getty Images)

President Joe Biden said during Tuesday remarks at the White House that the U.S. believed – at the time – that Russia had over “150,000 troops circling Ukraine and Belarus and along Ukraine’s border.” This estimate did not account for the Russian-backed separatists, as Carpenter’s number does.

One day later, a U.S. official warned that Russia was continuing to add troops near Ukraine. (RELATED: Biden Says He Believes Russia Will Invade Ukraine Within ‘Several Days,’ Notes Threat Is ‘Very High’)

“The Russians have also said in recent days that they are prepared to engage in diplomacy as we and our Allies have repeatedly offered.  But every indication we have now is they mean only to publicly offer to talk and make claims about de-escalation while privately mobilizing for war,” the senior U.S. official said.