The most vulnerable global populations are already feeling the effects of climate change, which is occurring faster than humans can adapt, according to the U.N. Intergovernmental Panel on Climate Change’s (IPCC) sixth assessment report published Monday. The wide-ranging report called for increased vigilance and updated pledges, saying that billions of people have already been harmed by climate change despite ongoing initiatives.

“The rise in weather and climate extremes has led to some irreversible impacts as natural and human systems are pushed beyond their ability to adapt,” it said. (RELATED: John Kerry Warns Ukraine Invasion Will Worsen Climate Change)

The report concluded that heatwaves, droughts and floods caused by climate change have already pushed ecological tolerance thresholds, causing mass tree and coral reef mortalities. The impacts are so difficult to contain since they are occurring simultaneously, the report said.

In Africa, Asia, South America, islands and in the Arctic, millions of people are increasingly struggling with acute food and water insecurity because of such impacts, the report said.

“This report is a dire warning about the consequences of inaction,” IPCC Chairman Hoesung Lee said in a statement. “It shows that climate change is a grave and mounting threat to our wellbeing and a healthy planet. Our actions today will shape how people adapt and nature responds to increasing climate risks.” 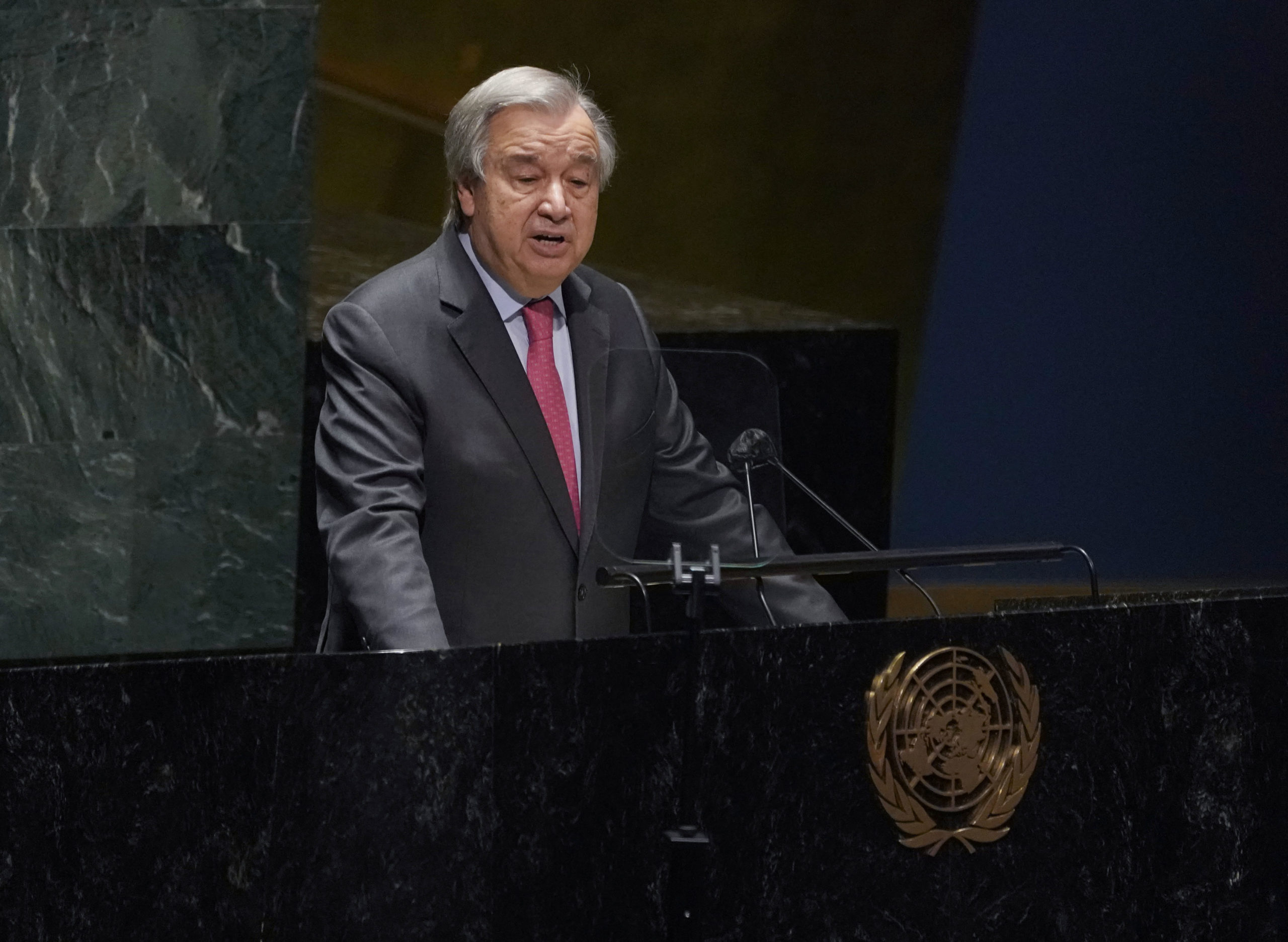 The report’s bottom line plea was for governments to boost their climate change plans and make “rapid, deep” greenhouse gas emission cuts. Doing so could stave off additional human life loss and damage to biodiversity and infrastructure.

The analysis, the most in-depth of its kind, and it was assembled by 270 authors across 67 countries. The previous assessment report was published in 2014. (RELATED: ‘We’re In Trouble’: Major UN Climate Pledge In Doubt Just Months After It Was Made)

“I have seen many scientific reports in my time, but nothing like this,” U.N. Secretary-General Antonio Guterres remarked in a video message Monday. “Today’s IPCC report is an atlas of human suffering and a damning indictment of failed climate leadership. With fact upon fact, this report reveals how people and the planet are getting clobbered by climate change.”

“Nearly half of humanity is living in the danger zone — now. Many ecosystems are at the point of no return — now,” he said. “Unchecked carbon pollution is forcing the world’s most vulnerable on a frog march to destruction — now. The facts are undeniable.”

The U.N. has previously called for increased action to prevent Earth from warming more than 1.5 degrees Celsius above pre-industrial levels. Exceeding that threshold could lead to irreversible impacts for humanity, numerous U.N. statements say.

Secretary of State Antony Blinken, meanwhile, said the report was a “reminder” of the seriousness of climate change.

“The IPCC report underscores the ways climate impacts are affecting lives and livelihoods globally now,” Blinken said in a statement. “The report reflects scientists’ increased confidence that the harm already being experienced as a result of climate impacts will worsen as the world continues to warm, with growing adverse effects on economies, ecosystems, and human health.”