Gen. Mark Milley, Chairman of the Joint Chiefs of Staff, is quietly planning to head to Europe on Wednesday amid Russia’s invasion of Ukraine.

Milley will visit the North Atlantic Treaty Organization (NATO) headquarters in Brussels, Belgium, and then travel to “several countries in Europe on NATO’s eastern flank,” Joint Staff Spokesperson Col. Dave Butler confirmed to the Daily Caller. One of the stops will be in Stuttgart, Germany, Butler also confirmed.

“Plans are still being finalized,” Butler noted, adding that specific details of the trip are being withheld for security reasons until Milley’s arrival in Europe.

“[Milley is] going to talk with … the Chiefs of Defense from Allied nations, our NATO headquarters and visit U.S. military leadership and troops that are deployed to Europe,” Butler told the Caller. (RELATED: US, Key Allies Commit To Removing ‘Selected Russian Banks’ From SWIFT) 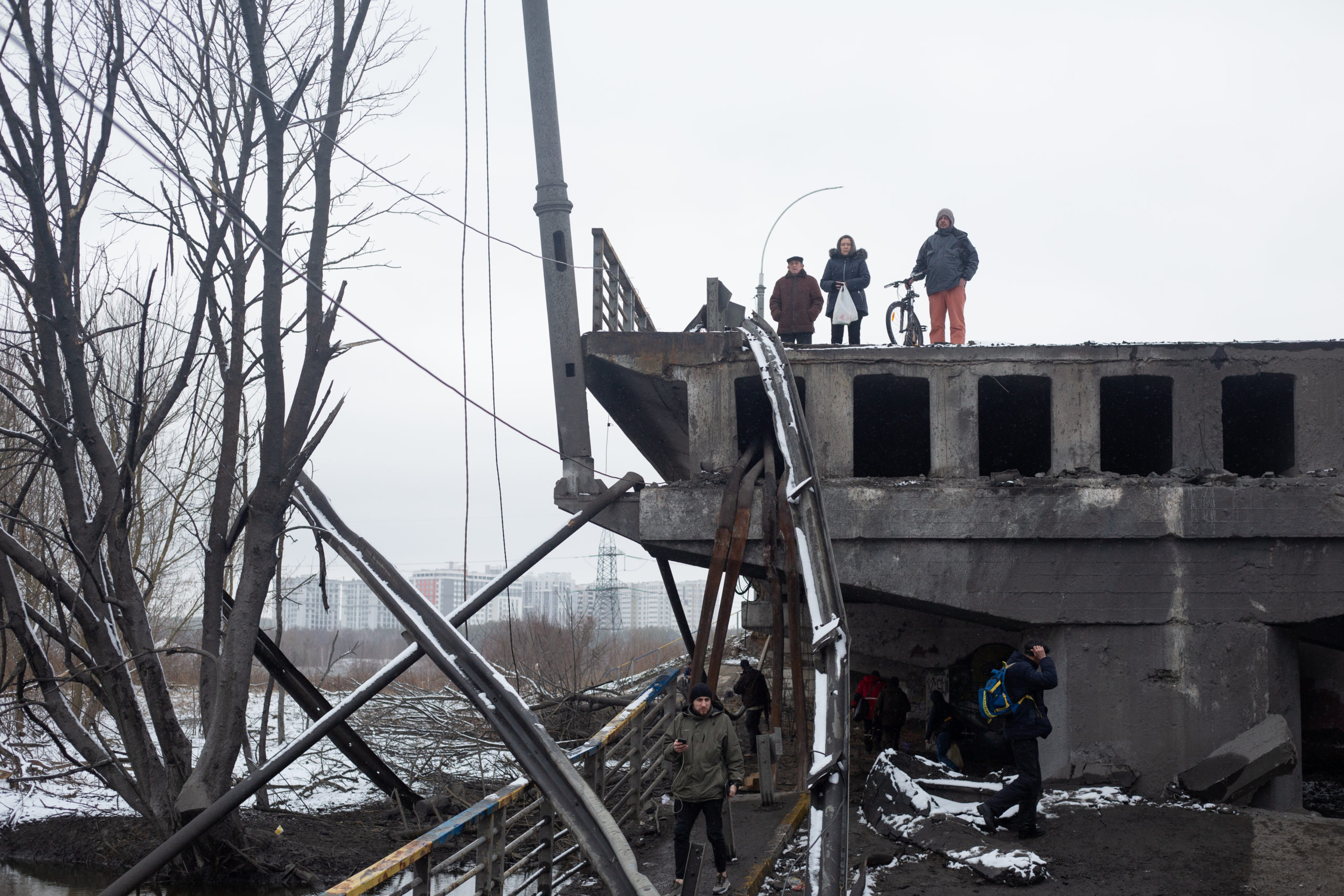 IRPIN, UKRAINE – MARCH 1: A view of a destroyed bridge on March 1, 2022 in Irpin, Ukraine. Russian forces continued to advance on the Ukrainian capital of Kyiv as their invasion of its western neighbor entered its sixth day. Intense battles also continue in Ukraine’s other major cities. (Photo by Anastasia Vlasova/Getty Images)

The upcoming trip allows Milley to speak directly with defense chiefs from Allied nations and other leadership, rather than via teleconference from the Pentagon. Traveling to Europe will likely also afford him the opportunity to see first-hand what’s going on from European allies’ perspective.

Ukrainian and Russian delegates met Monday for five hours to discuss a possible ceasefire, but those talks offered no major breakthroughs. Russia – as well as Russian President Vladimir Putin and Russian Foreign Minister Sergei Lavrov – have faced harsh sanctions from the U.S. and key allies amid the invasion. (RELATED: US Will Directly Sanction Putin, Russian Foreign Minister As Full Invasion Of Ukraine Continues)

Russia’s invasion of Ukraine has reportedly been hampered by fierce Ukrainian resistance. Meanwhile, over 500,000 refugees have fled from Ukraine into neighboring countries as a result of the invasion, UN High Commissioner for Refugees’ Filippo Grandi tweeted.