An Illinois college temporarily barred a master’s student from communicating with three peers after they reportedly complained to the university, according to documentation obtained by the Daily Caller.

Maggie DeJong, a third-year master’s student at Southern Illinois University-Edwardsville, was issued three “No Contact Order[s]” on Feb. 10, according to an email from the school’s Title IX Coordinator. The letter told DeJong she could not have “any contact” with three students, though failed to inform her what university policy she allegedly broke.

“I write to inform you that the Office of Equal Opportunity, Access and Title IX Coordination has issued a No Contact Order whereby neither your nor [student] may have any contact with each other, either on or off campus, in person or through another party, by telephone, letter, e-mail, or other electronic media, or by any other means,” the letter read. “You may not engage in indirect communication via social media or any other means. You must also refrain from any form of harassment, retaliation, or intimidating behavior.”

The letter states that DeJong’s “No Contact Order” “is not an indication of responsibility for a violation of University policy,” rather it was created to prevent “perceived” actions that are “unwelcome.”

DeJong told the Daily Caller that she could not think of a singular event that could lead to this escalation. The master’s student said she believes her “worldview is a minority of thought” on the school’s campus and said a student used her words for an art project on “microaggressions.”

One of the students named in the “No Contact Order” direct messaged DeJong on Instagram the previous semester questioning her Christian faith.

“My personal held beliefs are grounded in objective truth by the Gospel of Jesus Christ,” DeJong said in response to her classmate.

The same student then created an art project titled, “Crushing Weight of Microaggressions,” which included the exact sentence that DeJong had messaged her classmate the previous semester. The project was released after the “No Contact Order” was put in place. 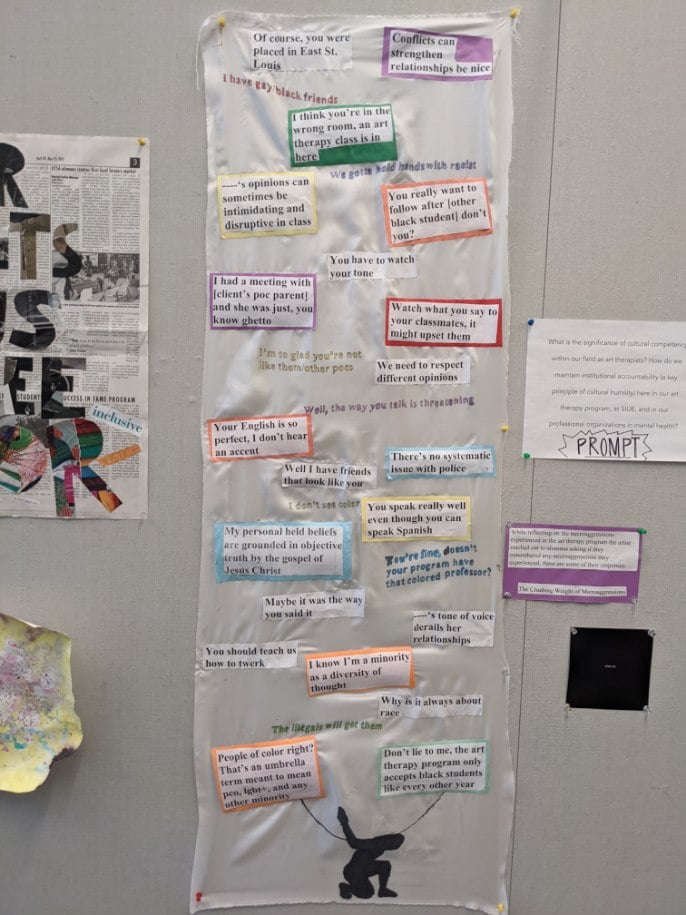 Alliance Defending Freedom (ADF), a legal advocacy group, sent a letter to Southern Illinois University-Edwardsville arguing that the “No Contact Order” was “infringing upon” Dejong’s ability to “fully participate in her educational experience and exercise her First Amendment rights.”

“Universities, especially classrooms where topics are supposed to be vigorously debated, should be marketplaces of ideas, not an assembly line for one type of thinking,” said Tyson Langhofer, the Director of the ADF Center for Academic Freedom “Maggie has always respectfully expressed her viewpoint in class, which every student is entitled to do under the First Amendment. The university must immediately rescind the no contact orders and revise its policies to adequately safeguard students’ constitutional rights.”

Langhofer told the Daily Caller that the real problem is that students are “using the power of the government to shut down other people because they don’t like their viewpoints,” and the school is going along with it.

On Feb. 28, DeJong received an email from the school rescinding the “No Contact Orders” with no explanation. (RELATED: University Stops Prof From Prioritizing ‘Non-White Folks’ During Class Discussions)

DeJong told the Daily Caller that she wants to figure out what led to the “No Contact Order” and its abrupt removal.

“There was also a lot of frustration because I’m still fearful,” DeJong said.

Southern Illinois University-Edwardsville did not respond to the Daily Caller’s request for comment.