The Hungarian government built a wall on its border with Serbia after a record-breaking stream of illegal migrants were apprehended in 2015, but the wall did not fully solve the influx of illegal migration, a top Hungarian spokesman told the Daily Caller.

On top of building a wall, preventing illegal migration requires blocking human trafficking routes, providing funding to countries directly and manning the border at all times, Hungary’s Secretary of State for International Communication and Relations, Zoltán Kovács, said in an exclusive interview.

Kovács stressed that illegal migration is “alarming” not only because of the rising number of migrants that “have no legal foundation to stay” in the E.U. and the U.S., but also due to its close ties to organized crime, human trafficking and potential for terrorism. 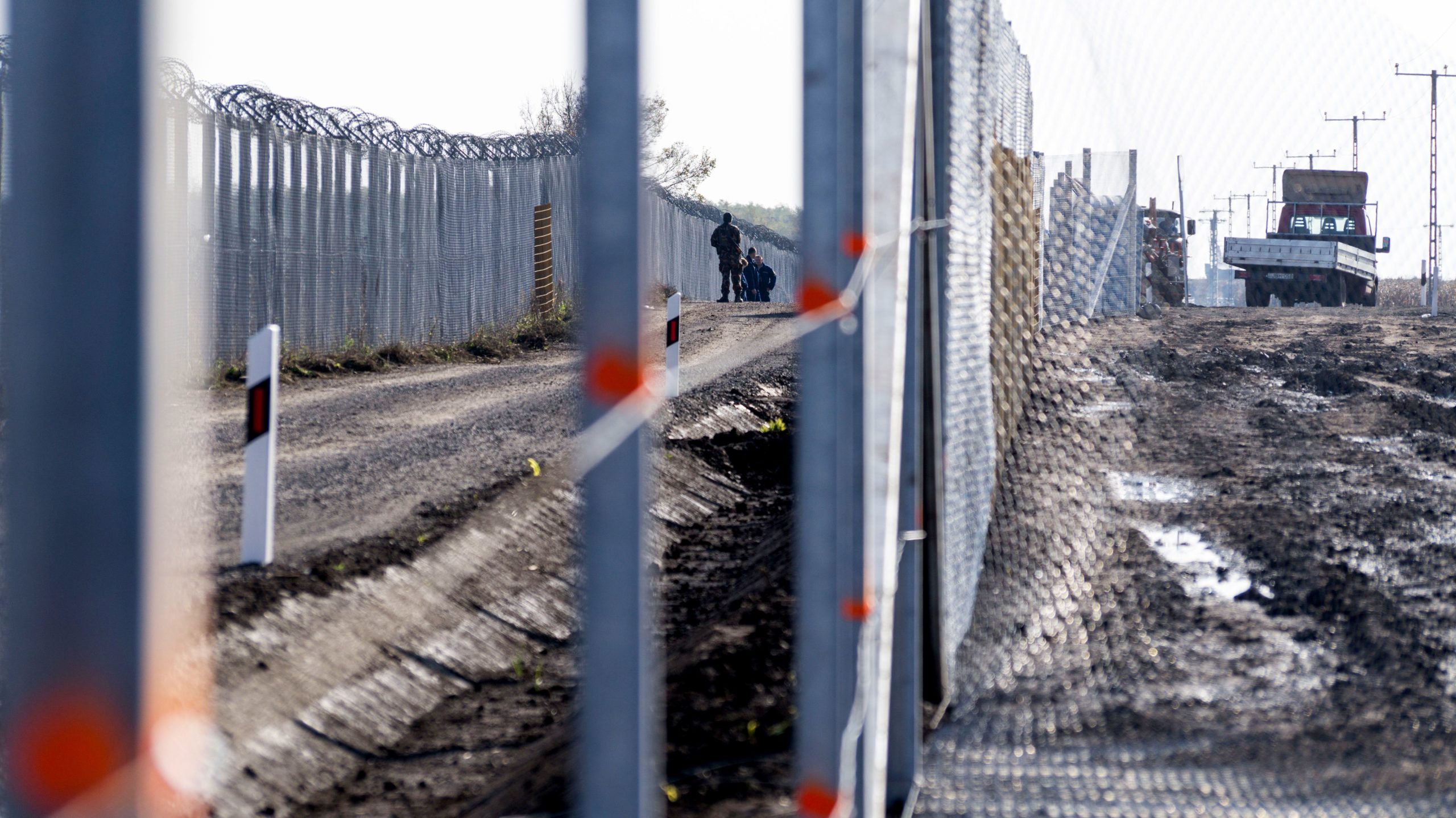 Prisoners build a new, second fence at the Hungarian-Serbian border near Gara village on October 27, 2016 as part of its efforts to keep migrants and refugees from freely entering the country.
The new fence will have an electronic surveillance equipment. / AFP / CSABA SEGESVARI (Photo credit should read CSABA SEGESVARI/AFP via Getty Images)

“It’s not crossing the border, it’s the entire route that is being planned and is being organized by organized crime groups,” he said, noting that illegal migrants are coming from all over the world to cross into Europe through Hungary. (RELATED: AG Says His State Is Under ‘Invasion’ From Illegal Migrants, Threatens To Defy Biden And Defend The Border)

There is “lots of money involved in the international migrant human trafficking system. One transport from Serbia to Hungary, according to intelligence, is 3-5,000 dollars per person,” he said. “It is a multi-billion organized crime business. We are concerned about human trafficking, drugs, but also terrorism. We are concerned that there are thousands of people already in Europe, just waiting for the best opportunity.”

To stop the trafficking routes at the source, Hungary sends police officers directly to North Macedonia and Serbia. They provide extra personnel on the ground and technology to target organized crime groups, Kovács said, emphasizing the need to “cut the channels through which migrants are entering.”

Giving direct funding to countries where the migrants are coming from, instead of relying on the UN or other bureaucratic organizations, should be a top priority, Kovács noted.

“Hungary was one of the countries that agreed with the Trump administration. Instead of relying on the large and bureaucratized aid agencies, we bring the help directly country by country” by providing funds directly to countries to aid schooling, housing and new job opportunities, he said. Countries that are experiencing mass “social and economic problems” should not be left alone, and need help before the situation gets so dire that it makes their citizens flee the country.

Hungary does not receive enough recognition for protecting the border and is left to finance its efforts alone, according to Kovács.

“The political left is closing its eyes,” calling it a refugee crisis; it is an organized illegal migration pressure that’s “an organized flood” from all over the world, he said. “They don’t take care of protecting the borders… the budgets are insufficient, and most importantly, the money that is being spent on those areas” where migrants are coming from is “being spent in a completely insufficient way.”

“Hungary has spent 1.2 billion euros on the border, with zero help from the EU, other than a few observers coming to survey the border,” he continued. “The prime minister suggested a few years ago that half the costs should be reimbursed to Hungary. No reply, flat refusal, no contribution.”

“It is not only unjust, but a complete lack of solidarity on behalf of Europe, because we are not only defending the Hungarian border, but we are defending Western Europe,” which is the illegal migrants’ final destination, Kovács stressed.

When asked about reports concerning the illegal migrants being beaten at the border, Kovács said that the migrants are violent as well, and that this is the “trump card” that human rights organizations use to argue in favor of illegal migration.

“I can tell you that these people are not following the law. They don’t carry papers, and most of the time we don’t know where they come from,” he said. “They not only don’t follow the rules and take help from human traffickers, but they become violent” trying to cut through the border and attacking small groups of border guards.

The EU argues for human rights protections for refugees, but this is political “camouflage,” he continued. “Western European economies are in dire need of a workforce,” for example Germany, that needs three to four hundred thousand people per year, he claimed. “They need to rely on external resources, but they are not able to set up a system through which they are able to filter and regulate how people come from different parts of the globe.”

“Illegal migration is a way for them to let in people in greater numbers, contributing to ‘solving’ the labor problem,” and the problem of a declining demography across Europe, Kovács concluded.