President Joe Biden dubbed the continued rise in U.S. gas prices “Putin’s price hike” during Tuesday remarks – marking the latest in a series of  attempts to finger-point over record-high prices around the country.

“I’m going to do everything I can to minimize ‘Putin’s price hike’ here at home,” the president vowed after announcing a ban on U.S. imports of Russian oil due to the Ukraine invasion. (RELATED: Biden Blames Russia, OPEC Nations For Skyrocketing Gas Prices)

The term “Putin’s price hike” has since been echoed throughout the administration. White House press secretary Jen Psaki told reporters Tuesday afternoon that “this is a Putin spike at the gas pump, not one prompted by our sanctions.”

White House communications director Kate Bedingfield tweeted Wednesday that “for months Putin has been saber-rattling, and for months gas prices have been going up – up 75 cents since he began his military build-up.”

“This is the #PutinPriceHike in action, and @POTUS is going to use every tool at his disposal to shield Americans from pain at the pump,” Bedingfield declared.

Upon this rebranding, the administration has been pressed on the topic, with multiple reporters pointing out the ever-changing reasons for high gas prices coming from the White House. The “Putin’s price hike” narrative also coincides with a push from the administration to blame oil companies as well. (RELATED: ANALYSIS: White House Keeps Misleading Public On Oil, Gas Leasing. Here Are The Facts) 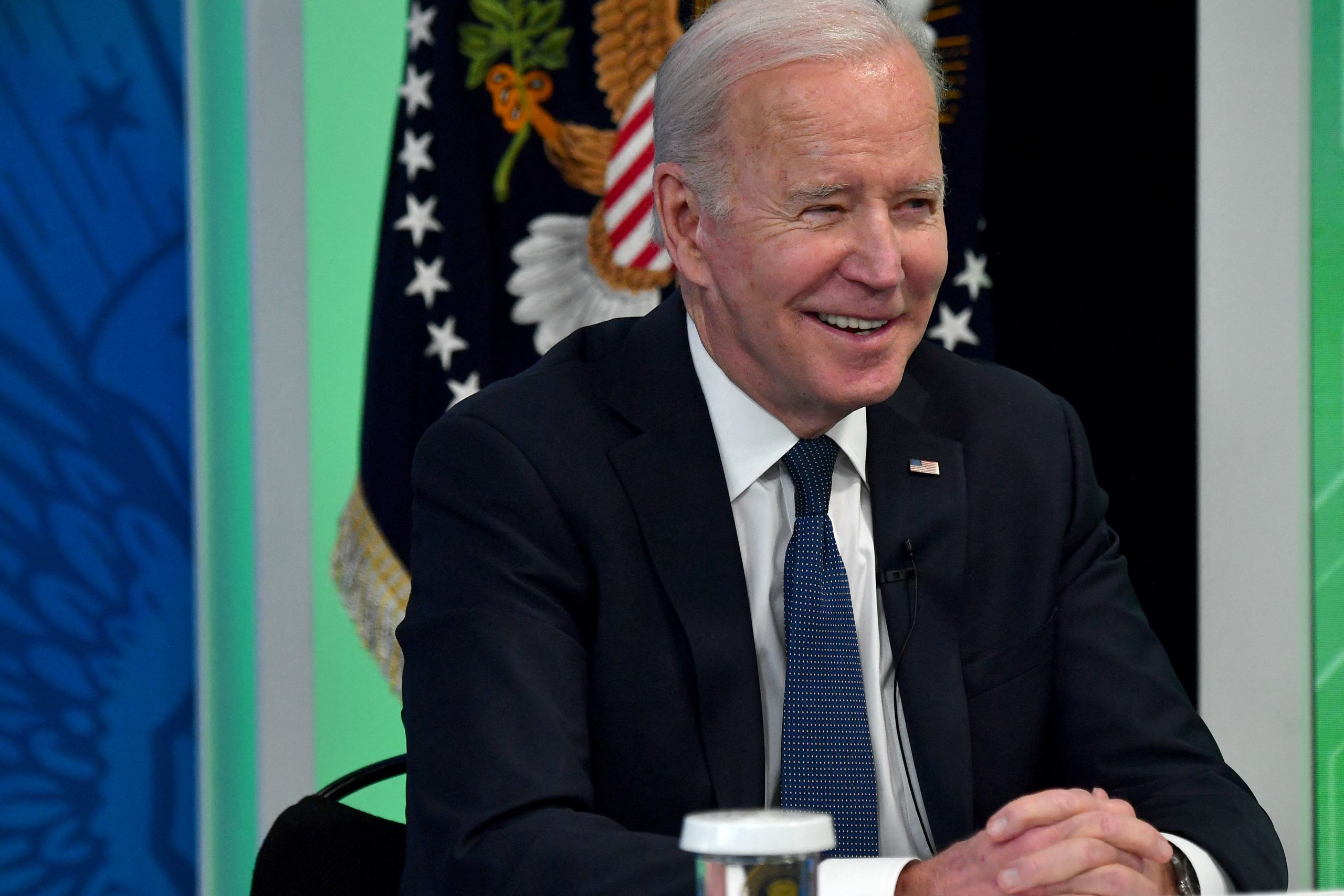 US President Joe Biden meets with business leaders to discuss the Bipartisan Innovation Act, in the South Court Auditorium of the Eisenhower Executive Office Building, near the White House, in Washington, DC, on March 9, 2022. (Photo by Nicholas Kamm / AFP) (Photo by NICHOLAS KAMM/AFP via Getty Images)

“If you guys knew for months that this was going to be the #PutinPriceTag, why are we just hearing that now?” Doocy asked.

“I would say since President Putin began his military buildup on Ukrainian borders, the price of gas at the pump in America has gone up 75 cents, which is significant, of course. There’s widespread consensus that the sharp run of energy prices since January was caused by the building of Putin’s troops at Ukraine’s border,” Psaki maintained.

The Biden administration’s latest messaging shift comes just weeks after the president promised he would “work like the devil” to combat rising prices.

Just after reiterating his promise to do “everything” possible, Biden was pressed Tuesday about what message he had for Americans and what he planned to do to help calm the rise in prices.

“They’re [prices] going to go up,” Biden said. “Can’t do much right now … Russia is responsible.”

Though the price of gas has increased since Putin invaded Ukraine, the administration has sought to downplay the fact that prices at the pump have risen throughout Biden’s entire time in office – long before the Russian invasion.

When Biden was elected president, for example, the average price for gas at the pump in the U.S. sat at $2.11, Forbes reported. The price rose to $2.29 when he took office after Biden signed an executive order cancelling the Keystone XL pipeline permit.

One day prior to Russia’s invasion of Ukraine, the price of gas had soared to a 55% increase and sat at $3.51, Forbes added, describing Biden’s push to blame Putin as “a fairly deceptive political tactic.”