The Biden administration issued a study that showed how electricity prices would increase if the U.S. were to ban all future interstate natural gas pipeline projects.

Banning natural gas pipelines would lead to 11% lower natural gas electricity production by 2050 while renewables, nuclear and coal-fired production would increase 4%, 5% and 9% respectively, the study published Monday by the Department of Energy’s Energy Information Administration (EIA) showed. While such a ban would achieve the left-wing goal of lower natural gas reliance, it would lead to higher coal reliance, making its positive climate impacts minimal, according to the agency’s estimates.

Democratic lawmakers have voted to ban fracking and in favor of a federal moratorium on new fossil fuel leasing while the Biden administration has repeatedly dragged its feet on holding new lease sales. President Joe Biden has outlined the goal of reaching a 100% carbon-free electric grid by 2035.

“To make up for less natural gas-fired generation in the No Interstate Natural Gas Pipeline Builds case, electricity generation from renewables, coal, and nuclear sources increase,” the EIA stated in the report.

“The relatively small effect on CO2 emissions, despite the decline in natural gas consumption and growth in electric power generation from renewable sources, is due to our forecast of increased coal-fired power generation, which would be more carbon intensive than the natural gas-fired generation it displaces,” it added. (RELATED: ‘Relic Of The Past’: Democrats Cheer Biden’s Fuel Economy Standards That Will Make Cars More Expensive)

Coal emits far more carbon dioxide than natural gas, according to the American Geosciences Institute. The nation’s shift from coal to natural gas has been credited for its historic decline in emissions over the last decade. 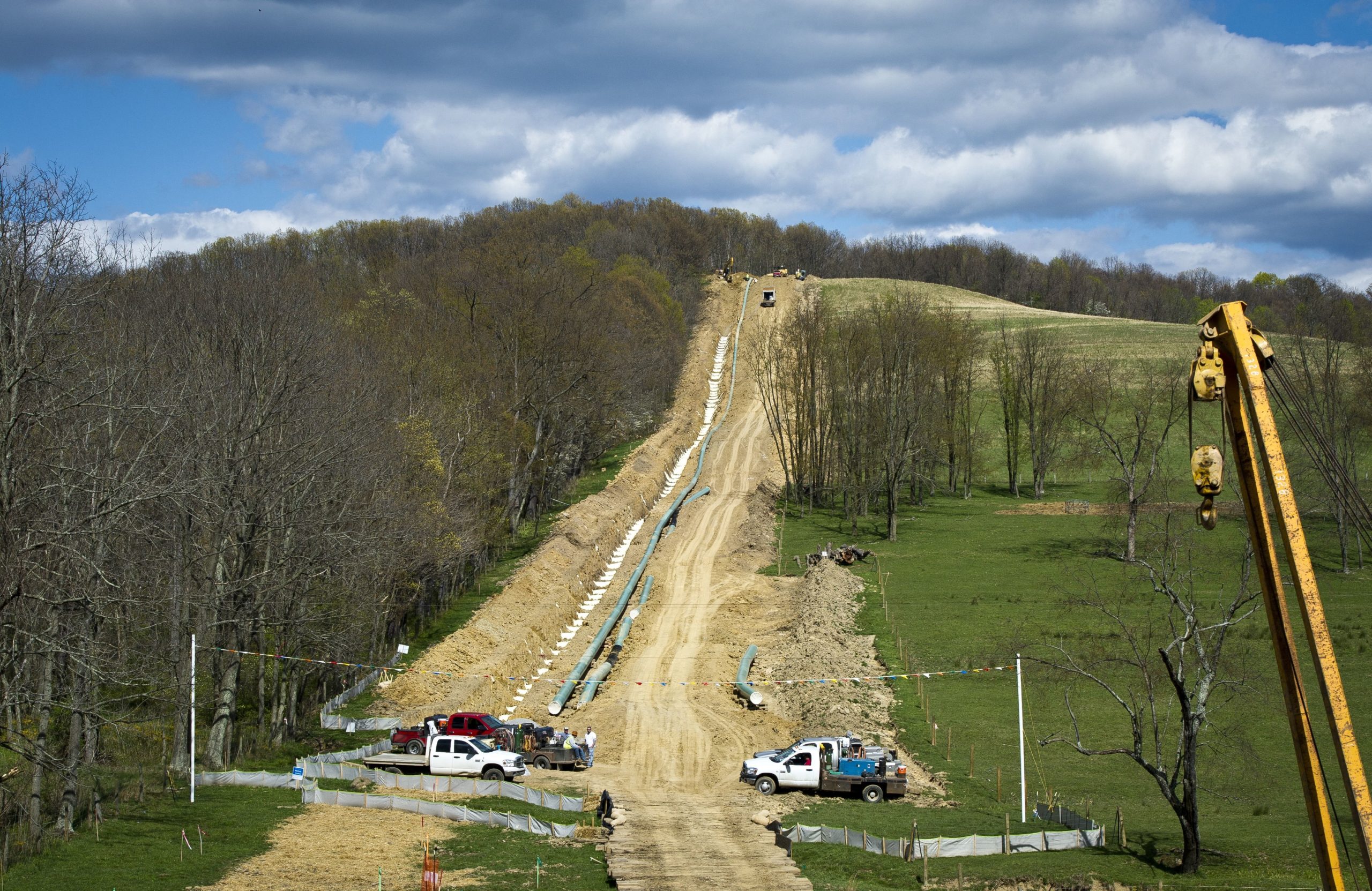 Workers construct a gas pipeline outside the town of Waynesburg, Pennsylvania, in 2012. (Mladen Antonov/AFP via Getty Images)

But a pipeline ban would also lead to larger energy bills for American consumers, the EIA study concluded. The average price of natural gas, which would still be the second-largest U.S. electricity source, is projected to spike about 11% under a scenario where future pipelines weren’t permitted.

The higher natural gas costs would acutely impact the price-sensitive U.S. power sector, according to the EIA.

“Today’s reckless decision by FERC’s Democratic Commissioners puts the security of our nation at risk,” Senate Energy and Natural Resources Committee Chairman Joe Manchin, the panel’s top Democrat, said in a statement. “The Commission went too far by prioritizing a political agenda over their main mission – ensuring our nation’s energy reliability and security.”

“The only thing they accomplished today was constructing additional road blocks that further delay building out the energy infrastructure our country desperately needs,” he added.

The commission eventually backtracked in March, saying the policy would undergo further review and wouldn’t yet be applied to pending projects.