The lawmakers regurgitated a common argument, which has been pushed by the White House in recent weeks, that energy producers are purposely not using up to 9,000 oil and gas leases in an effort to keep gasoline prices high and boost profits. The comments came Wednesday during a committee hearing examining whether Big Oil was price gouging consumers at the pump.

However, industry leaders have repeatedly noted that leases aren’t guaranteed to have oil or gas and beginning to drill on a lease requires multiple rounds of government permitting. Leases are also often challenged in court, delaying production further.

In addition, about 75% of current leases are actively producing energy.

“If these companies really wanted to do something about high gas prices, they would put their profits to work by increasing supply,” Rep. Frank Pallone, the committee’s chairman and top Democrat, said during his opening statement Wednesday. “Right now, the oil and gas industry has more than 9,000 approved but unused drilling permits, and they should focus on using them.”

“The problem is not a shortage of permits or land – Big Oil is choosing to keep supply low, prices high and their pockets lined with the hard-earned dollars of struggling American consumers,” he added. (RELATED: Biden Plans To Release More Oil From Emergency Stockpile. Will It Work?) 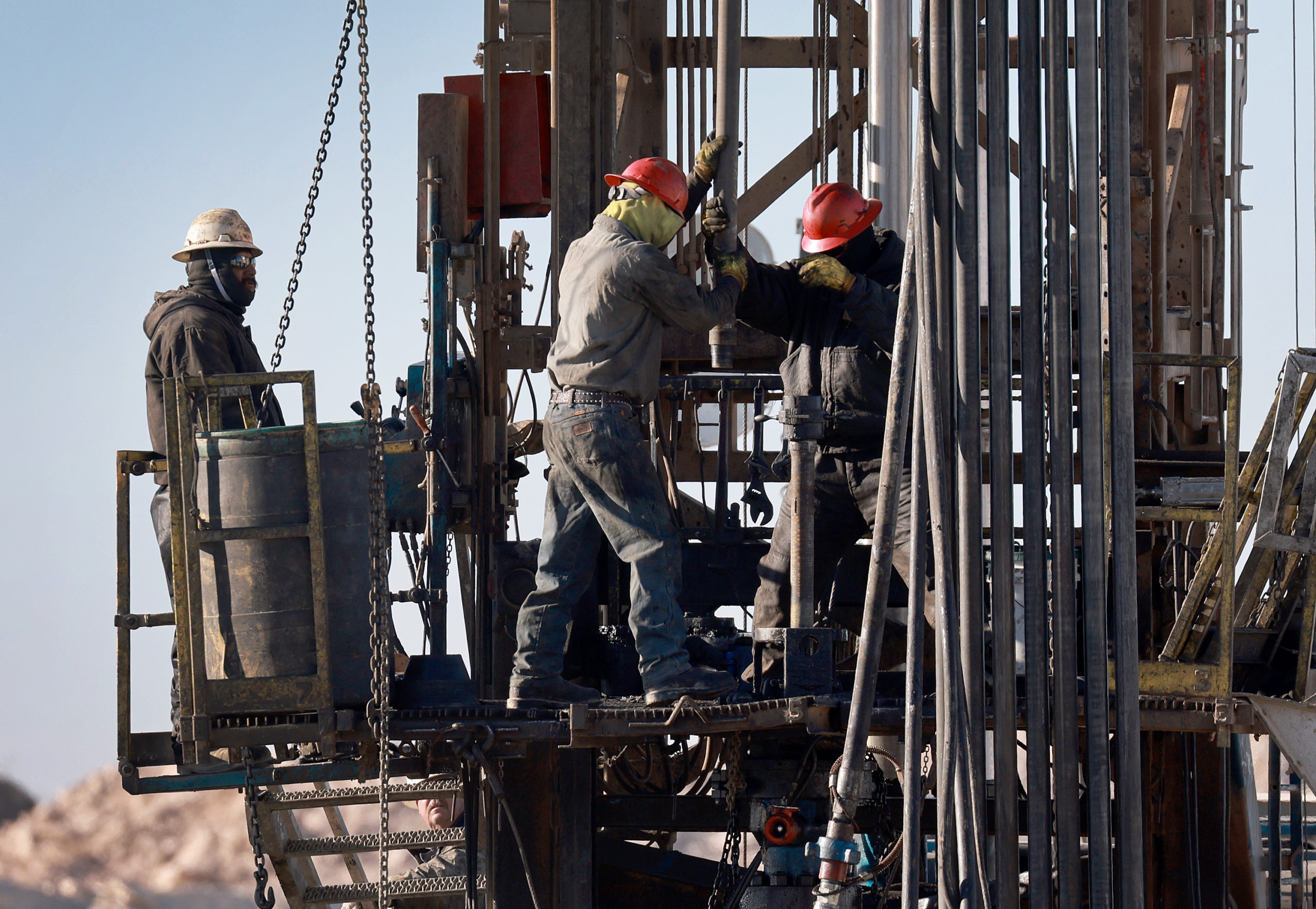 Workers place pipe into the ground on an oil drilling rig set up in the Permian Basin oil field on March 12 in Midland, Texas. (Joe Raedle/Getty Images)

Democratic Rep. Diana DeGette, the chair of the panel’s oversight and investigations subcommittee, similarly criticized oil companies for focusing more on their shareholders and profits than on boosting supply for American consumers.

“When oil companies are honest about why they haven’t increased the supply of oil, they say it’s pressure from their shareholders, not government regulation that’s holding them back,” DeGette said during the hearing. “One of our witnesses today even told the media that it wouldn’t matter if crude were as high as $200 a barrel, they just simply weren’t going to produce more than they plan to.”

But oil executives outlined that the lengthy process for beginning a drilling project during the hearing. Devon Energy CEO Rick Muncrief noted that his company must follow “numerous stringent permitting processes” before it drills any energy.(RELATED: ANALYSIS: How Biden’s Energy Policies Enabled Putin’s Aggression In Ukraine)

“One of the permits we must obtain is an APD, or an application for permit to drill. Devon’s APD’s only cover the drilling and completion activity that will be done on the lease itself,” Muncrief said during the hearing. “In addition, we often must obtain additional permits for things like rights of way for pipelines, roads, water disposal, electricity, and a host of other things for activity that will occur off the lease.

“Devon’s practice is to plan on getting from APD to drilling in 5-6 weeks if there were no infrastructure or permit issues to slow the process,” he added. “Additionally, the process to complete a well and bring it to full production may mean that a significant number of weeks transpire before a well reaches its potential.”