Republican North Carolina Rep. Ted Budd introduced legislation Thursday that would remove all legal impediments to building the border wall in an effort to force President Joe Biden to finish its construction.

The Daily Caller first obtained the bill, titled The Build the Wall Now Act. The legislation would remove all legal barriers to continue building the border wall and requires construction to restart within 24 hours. The bill makes previously appropriated funds for the border wall available until they are spent so the funding will not expire. $2.1 billion that was appropriated in fiscal years 2018, 2019, 2020, and 2021 and has not been spent would be going towards the border wall to enhance border security.

“The best way to end the Biden Border Crisis is to finish the border wall now. The Biden administration is trying to run out the regulatory clock on wall construction while undermining our border patrol officers by repealing Title 42. Every time I visit the southern border, law enforcement agents tell me how Biden’s open border policy is endangering our national security and the safety of the entire interior of our country,” Budd told the Daily Caller before introducing the legislation. 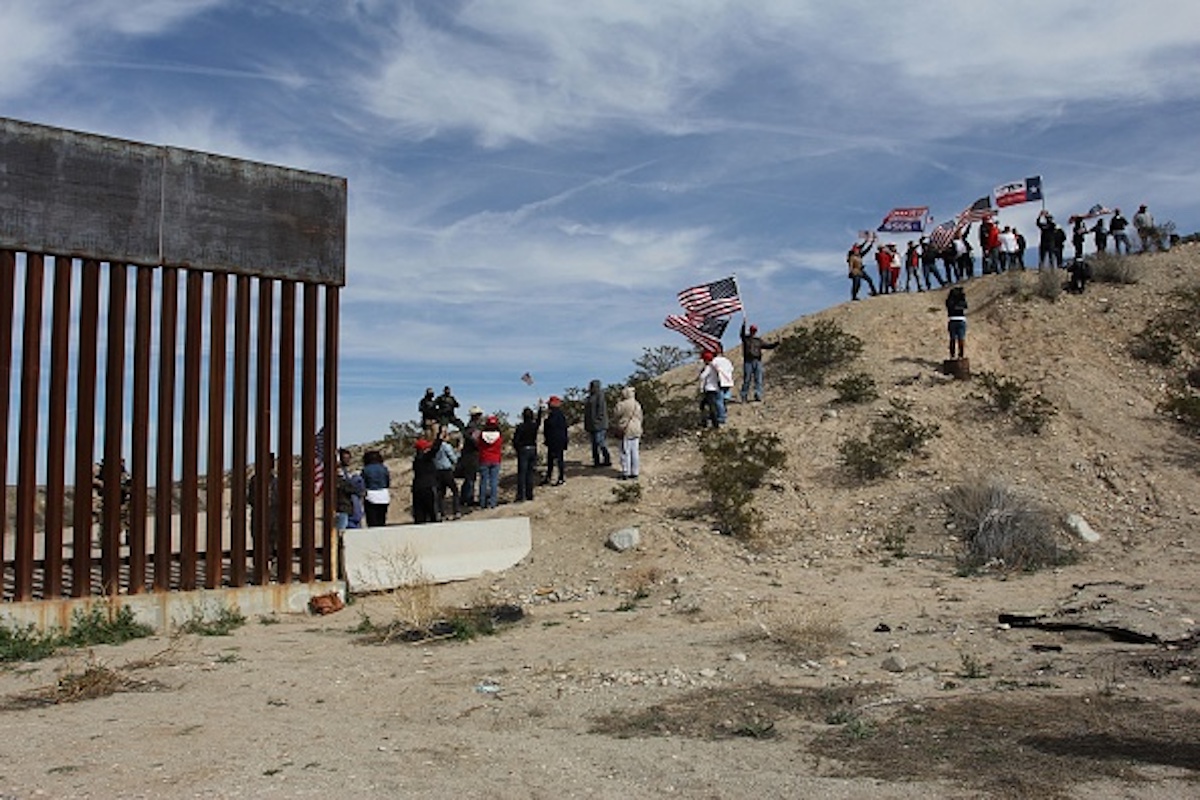 Supporters of the U.S. Republican Party make a human wall to demonstrate in favor of the construction of the border wall between the United States and Mexico, at the border between Sunland Park, New Mexico, United States and Ciudad Juarez, Chihuahua state, Mexico, on February 9, 2019.(Photo credit should read HERIKA MARTINEZ/AFP via Getty Images)

“I’m proud to introduce comprehensive legislation that would force the Biden administration to end this crisis and finish the wall now,” he added. (RELATED: Biden Administration Pays $3 Million Every Day To Not Build The Border Wall)

Border agents encountered a record two million migrants at the U.S.-Mexico border in 2021. In fiscal 2021, they seized $3.31 billion in counterfeit goods, over 319,000 pounds of marijuana, over 190,000 pounds of methamphetamine and over 97,000 pounds of cocaine. (RELATED: Biden Admin Returning $2 Billion Reallocated To Border Wall Funding To Department Of Defense)

The Biden administration announced Friday they would be terminating Title 42, a public health measure issued in response to the COVID-19 pandemic that allows the Department of Homeland Security (DHS) to rapidly expel migrants on public health grounds.