A Nigerian university student reportedly collapsed during his school’s Good Friday performance of “The Passion of the Christ.” He was allegedly pronounced dead in the hospital.

The 25-year-old student, Suel Ambrose, was playing the role of Simon Peter, one of Jesus’ disciples, according to the BBC. Ambrose was reportedly in seminary to become a priest at the Clariantian University of Nigeria in southeastern Nigeria where the incident occurred. (RELATED: Woman Cut In Two In Easter Sunday Hit-And-Run)

Ambrose suddenly collapsed during the scene where Peter tries to protect Jesus by cutting off the high priest’s servant’s ear, the Mirror reported. 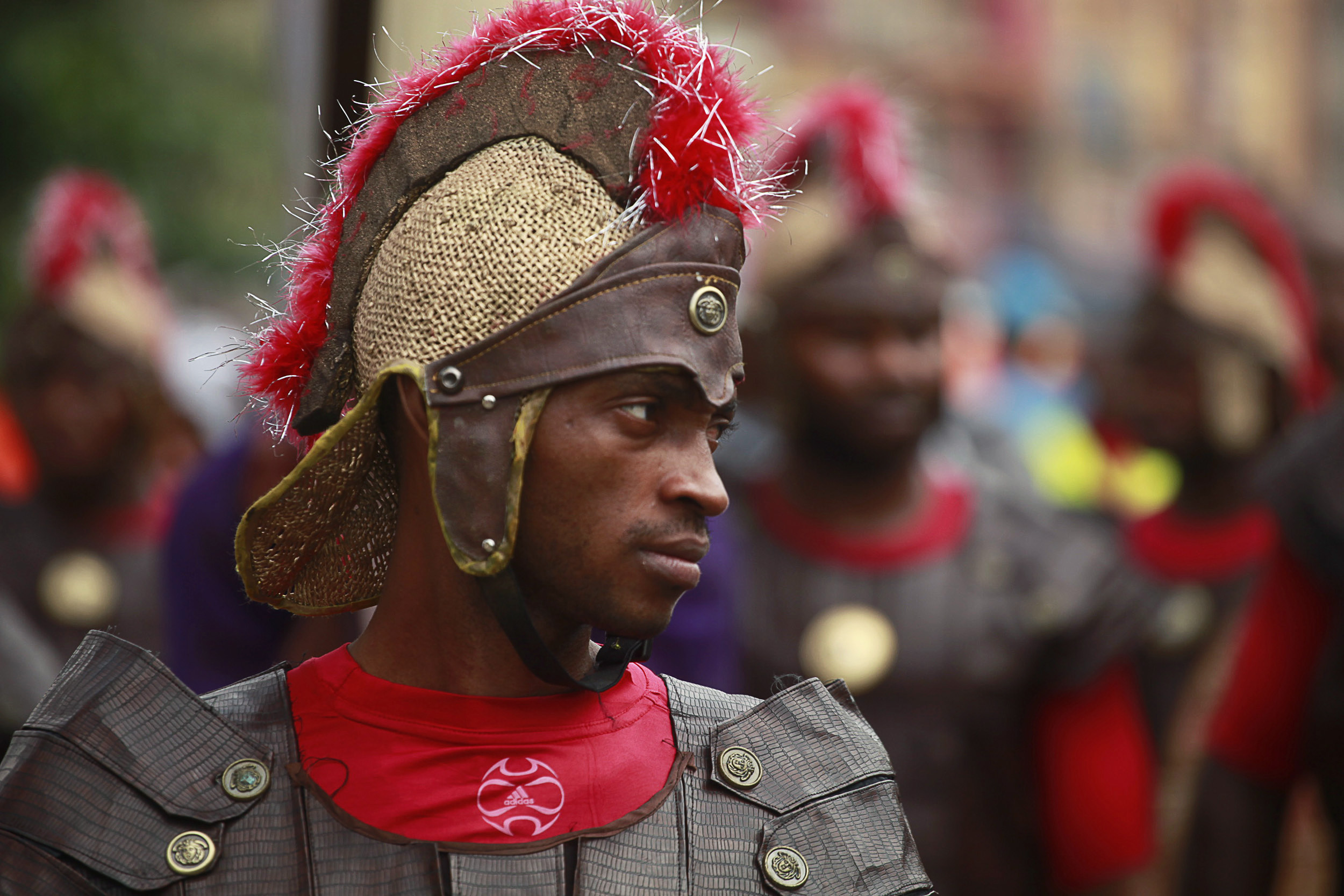 A man playing the role of a guard watches a ritual procession re-enacting the death of Jesus Christ in Nigeria’s commercial capital Lagos March 29, 2013. Holy Week is celebrated in many Christian traditions during the week before Easter. REUTERS/Akintunde Akinleye (NIGERIA – Tags: RELIGION)

The audience thought Ambrose’s unexpected collapse “was a joke and that it was part of the drama,” witness Micheal Eluwa told Vanguard, a Nigerian news outlet. However, when the audience noticed that Ambrose was not getting up and saw that he was also reportedly bleeding, they realized it was “a serious matter.” He was rushed to the nearby hospital.

“At the time the incident occurred everybody came together and rushed the deceased to a school hospital,” Eluwa said to Vanguard. “And later, when the case became worse, he was taken to a nearby Federal Medical Center, FMC. It was from there we heard he could not survive it.”

The cause of Ambrose’s sudden bleeding and death has not yet been released, and the rest of the school’s Easter activities were suspended, according to the BBC. School management stated it would address the incident at a later time, Vanguard reported.