Young women who regretted undergoing sex changes in their adolescent years spoke about their experiences and the adults who allowed them to transition in a Tuesday Substack article by Suzy Weiss.

The women, sometimes referred to as “detransitioners,” were given extreme biomedical interventions ranging from hormones and puberty blockers to double mastectomies in adolescence to relieve their gender dysphoria, according to the article. Several blamed the adults in their lives for failing them.

Helena Kerschner, who began identifying as transgender at age 15, said she had mental health issues that went unaddressed until school counselors began encouraging her to transition, she told Weiss.

“As soon as I said I was trans, it was all hands on deck,” she said.

Days after turning 18, Kerschner drove to Chicago from her hometown of Cincinnati, spoke with a social worker and was prescribed testosterone by a nurse practitioner without ever seeing a doctor, she told Weiss. She convinced the nurse practitioner, who initially recommended 25 milligrams weekly, to prescribe her 100 milligrams.

The drug negatively impacted her mental health, and she began hitting herself and once went to the emergency room after cutting herself with a knife. She “detransitioned” in 2018. 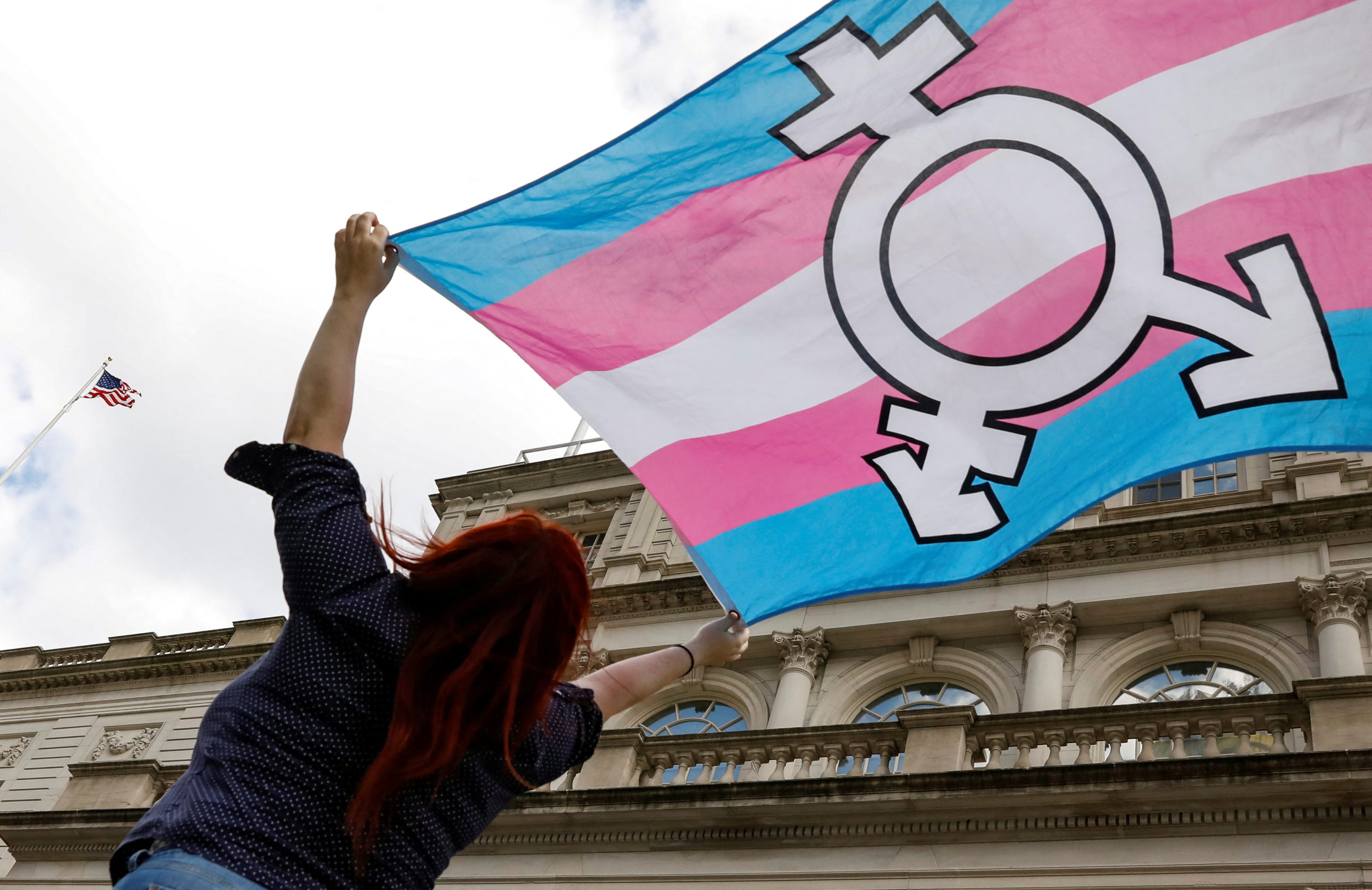 A person holds up a flag during rally to protest the Trump administration’s reported transgender proposal to narrow the definition of gender to male or female at birth, at City Hall in New York City, U.S., October 24, 2018.

“The fact that there’s adults as high up as in the Biden administration putting out these claims that young people need to medically transition is really dangerous,” Kerschner told Weiss. “There’s no logic to it.” (RELATED: ‘Low-Quality Evidence’: Florida Slams Biden HHS ‘Fact Sheet’ That Endorsed Child Sex Changes)

A 27-year old named Julie, who took hormones for five years and had a double mastectomy, blamed her parents and doctors for allowing her to transition and said her parents were “super on board and started really identifying with being trans parents,” according to the article.

“It took a goddamn village,” she told Weiss, calling her medical experience a “collaborative idiocy.”

Three of the women in the story discussed the role the social media site Tumblr played in their transitions. One woman said she started identifying as transgender at 12 during a time when she was spending much of her time on the site, and another said she learned about words like “pansexual” and bigender on Tumblr at age 12 and began to wonder if she was a boy. Both would go on to medically transition and regret their decisions.