First lady Jill Biden made an unannounced trip to Ukraine on Sunday, visiting Ukrainian first lady Olena Zelenska in Uzhhorod, a city in the southwest of the country.

Biden and Zelenska greeted each other in front of a former school now housing Ukrainian refugees fleeing Russia’s invasion, according to CNN. Zelenska has not made a public appearance since the start of the war Feb. 24.

“I wanted to come on Mother’s Day,” Biden said, according to the outlet. “We thought it was important to show the Ukrainian people this war has to stop. And this war has been brutal … The people of the United States stand with the people of Ukraine.”

Biden’s Mother’s Day stop in Ukraine is part of her larger Eastern European trip to Romania and Slovakia where she met with U.S. officials, government members and Ukrainian refugees. (RELATED: Jill Biden Set To Travel To Eastern Europe In Solo Trip To Visit Ukrainian Refugees)

She was originally slated to meet Sunday with “humanitarian aid workers, and local Slovakians who are supporting families who have sought refuge in Slovakia during this crisis.” She was also set to meet with “Ukrainian mothers and children who have been forced to flee their home country because of Putin’s war,” according to a statement from her office. 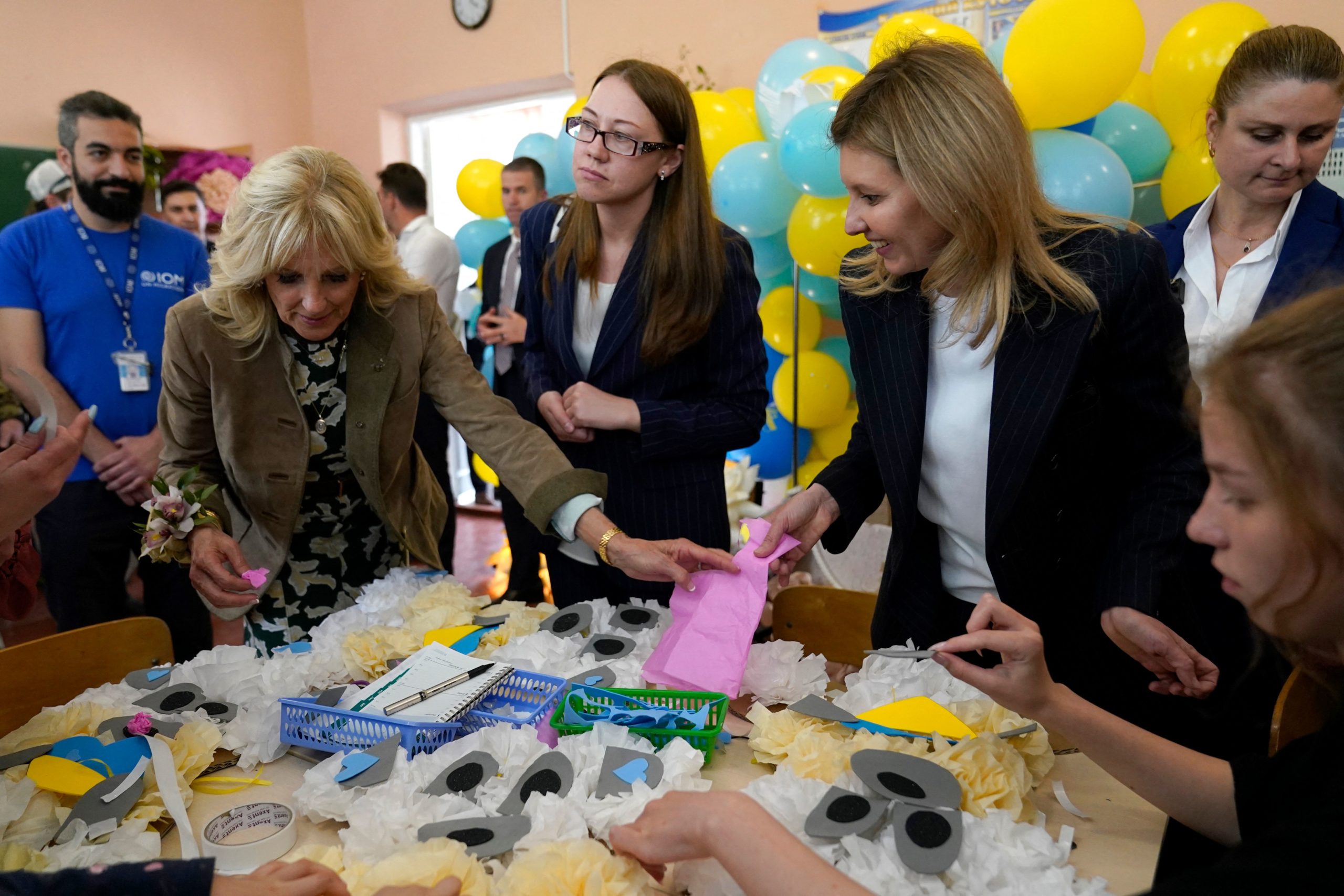 US First lady Jill Biden (L) and Ukraine President wife Olena Zelenska (CR) visit the School 6, a public school that has taken in displaced students in Uzhhorod on May 8, 2022, during an unannounced visit of Jill Biden to Ukraine on the sidelines of an official trip in nearby Slovakia. (Photo by Susan Walsh / POOL / AFP) (Photo by SUSAN WALSH/POOL/AFP via Getty Images)

President Joe Biden has not made any public plans to visit Ukraine, with White House press secretary Jen Psaki saying “You’re welcome, America. We need him to do a lot of things,” as a reason to why he is not going.