The Center for Biological Diversity, an activist climate group that supports population control, joined a coalition of groups urging Congress to expand the Supreme Court on Tuesday.

The coalition of seven environmental groups led by Greenpeace USA and including the Center for Biological Diversity argued that the Supreme Court should be expanded in light of a leaked decision showing the court was poised to overturn the landmark 1973 Roe v. Wade ruling. The groups said the high court has been “hijacked by far-right partisan interests” and needs to be reformed.

“The Supreme Court is no longer serving the interests of Americans. Our very democracy is under threat from a small, partisan group of judges put in power by extremists,” Ebony Martin, a co-executive director of Greenpeace USA, said in a statement. “This week, we saw a draft decision that would overturn Roe v. Wade and tear down a long-held right for women and reads as an open invitation for future attacks on our rights.”

“The poor and people of color are most at risk, but this court has shown a willingness to fly in the face of all Americans’ needs,” Martin added. “It is time for Congress to expand the Supreme Court to protect our rights, our health, and our communities.” (RELATED: Gas, Diesel Hit Record Highs Ahead Of Biden’s Inflation Address) 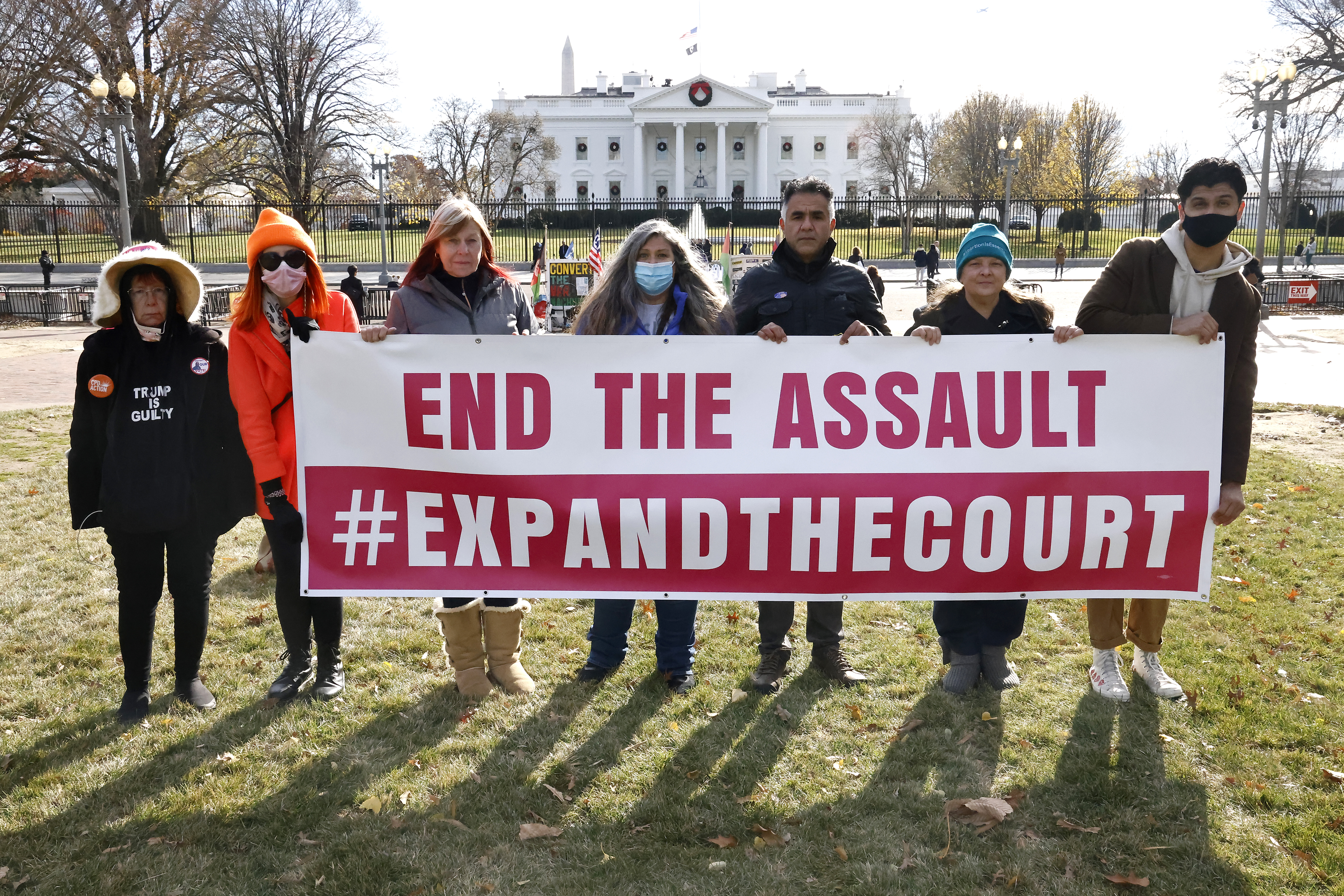 Activists protest in favor of court packing on Dec. 7 in Washington, D.C. (Paul Morigi/Getty Images for Take Back The Court)

Meanwhile, the Center for Biological Diversity, which has a live world population tracker on its website, has long supported population control measures to save animal and plant species from extinction. The group has argued that population growth is connected to the so-called “extinction crisis” and routinely distributes free condoms to prevent births.

“Unsustainable population growth and lack of access to reproductive health care also puts pressure on human communities, exacerbating food and water shortages, reducing resilience in the face of climate change, and making it harder for the most vulnerable communities to rise out of intergenerational poverty,” the organization states on its site. (RELATED: Dems Seize On Roe V. Wade Reports To Call For Court Packing, Federal Abortion Laws)

Other environmental groups like Greenpeace and the Sierra Club, though, have characterized overpopulation as a myth. The world’s population is projected to decline in roughly three decades, according to the American Council on Science and Health.

The Center for Biological Diversity did not immediately respond to the Daily Caller News Foundation’s request for comment.