The streets of Mariupol, Ukraine, were littered with dead bodies.

“If you run fast, that’s good. If you don’t run fast enough… you die,” Alina Bushkina, who escaped Mariupol to the U.S. with her family, described to the Daily Caller about dodging Russian missiles and gunfire during the Russia-Ukraine war.

Bushkina said her family lived in a bomb shelter for weeks in freezing weather in Mariupol, going outside to cook on a make-shift fire only to run back inside when the missiles would start raining down again. They usually made soup out of potatoes, one carrot and one small piece of cabbage, with water that they found in pipes and melted snow, she said.

“There were dead bodies thrown about everywhere on the ground like cigarettes… Even if they could have been saved, no one could save them because there were no ambulances,” Bushkina said about the streets of the city. (RELATED: Mariupol ‘Doesn’t Exist Anymore,’ Estimated 21,000 Casualties)

“Our friends went to get water and were under gunfire. They were lucky that there was a fence to protect them, but next to them on the ground were eight cadavers that didn’t make it,” she said.

Bushkina and her aunt, grandma and 1-year-old and 8-year-old children lived in the bomb shelter for weeks before barely managing to escape the Russia-surrounded city by car. They then journeyed through Ukraine, Moldova, Romania, Italy and Mexico, before crossing the southern border into the U.S, according to Bushkina.

Her apartment was completely destroyed after it was hit by a Russian missile, she said, adding that the Russian soldiers “did whatever they wanted,” shooting civilians to death and stealing their cars. 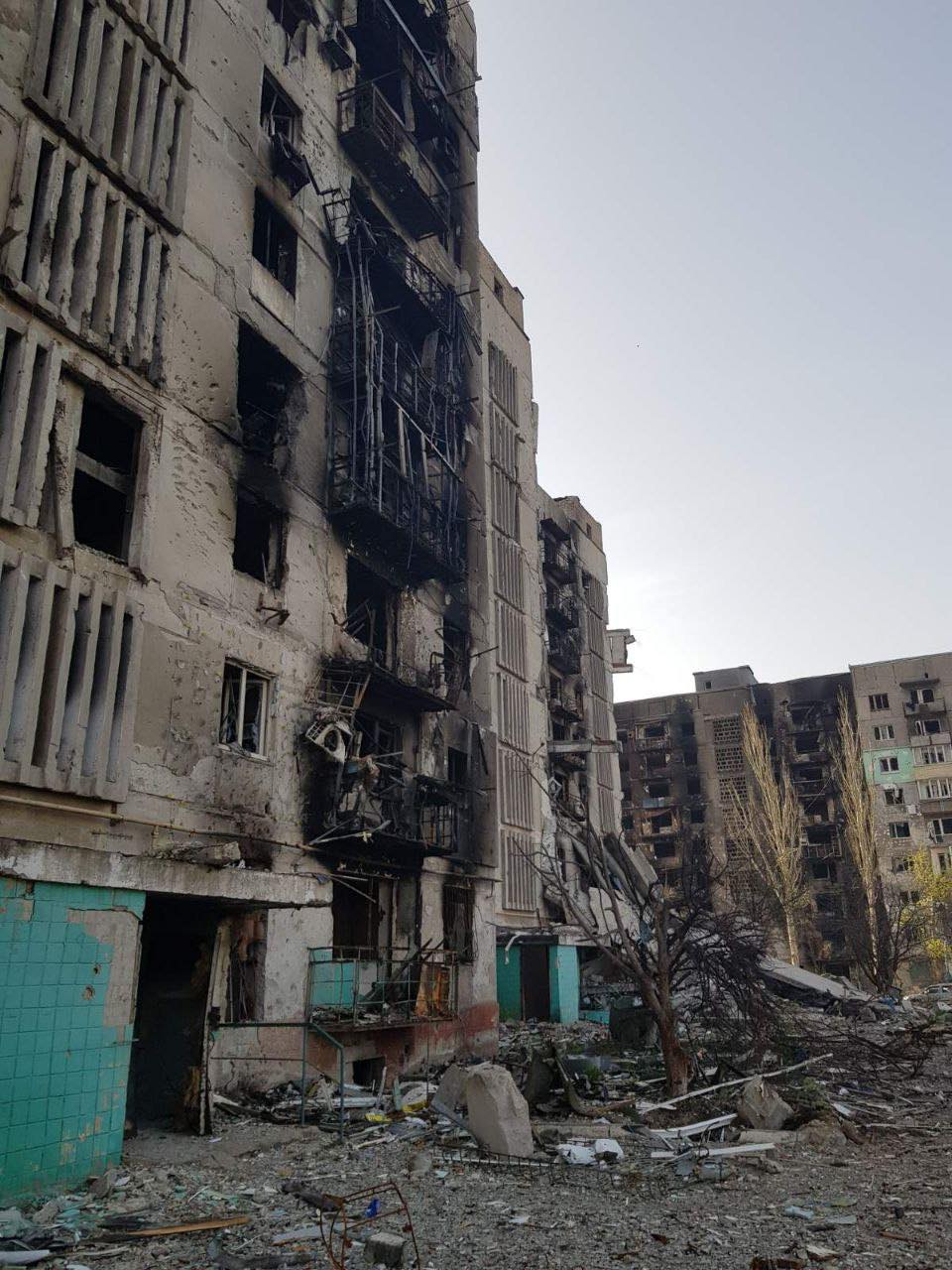 “I had children in the car and I don’t know by what miracle, but they let us go. But usually they would just take the car if they liked it. If you got lucky, they would let you go. If you don’t give it to them, they would shoot,” she said.

“The city is gone. People were being buried in yards. If they knew the neighbor, they would write a note on the grave. If they didn’t, they just put a cross,” she said.

In Zaporizhzhia, Ukraine, Bushkina said they reached a Russian checkpoint and, after going through, were almost bombed to death.

The Russian soldiers “wished us happy travels and then started bombing” the line of cars, she said, adding that the car in front of her was hit and people in the car died.

She started driving to escape and was met by the Ukrainian army, ambulances and police at the next checkpoint, Bushkina said, breaking into tears.

They eventually flew to Italy and lived there for two weeks before flying to Mexico, she said.

“We landed in Tijuana, Mexico, and there were Ukrainian volunteers waiting for us at the airport. They greeted us and fed us, and then drove us to their volunteer camp… Then, they drove us to the southern border,” she continued.

“We walked across the Mexican border and were greeted by more volunteers in the U.S.,” Bushkina said.

President Joe Biden’s administration exempted Ukrainians from the pandemic-era Title 42 in early March and allowed them to cross through the Mexican border to get entry to the U.S. As of April 25, Ukrainians are granted access through the border on a case-by-case basis after Biden launched “Uniting for Ukraine.” The program allows American citizens and organizations to sponsor Ukrainians wishing to live and work in the country for two years.

The family then flew April 13 to Minnesota to live with Bushkina’s mother, Marina Wires, who had helped them get to the U.S.

“I plan on getting a job, to get my own place to live. I have two children to support,” Bushkina said.

“I very much hope that Mariupol will be whole again and that the Ukrainian army will get the Russian soldiers out,” she concluded.