Sussmann, a Democratic lawyer with ties to Clinton’s 2016 campaign, was charged by Durham last year with lying to the FBI during a 2016 meeting. The trial officially began in court this week, and Sussmann’s attorney Sean Berkowitz quickly pushed for a mistrial after former Clinton campaign general counsel Marc Elias’s testimony Wednesday.

The push for a mistrial surrounded a comment Elias made during cross-examination, according to Fox News. Elias at one point suggested they “ask Mr. Sussmann” when pressed on whether Sussmann went to the FBI with his claims at the behest of the Clinton campaign.

The prosecution subsequently mentioned this answer, prompting the defense to issue the motion for a mistrial, according to Fox News. (RELATED: ‘As Wrong As It Gets’: Rep. Jim Jordan Calls Out Liberal Media And Democrats For Denying That Trump Was Spied On) 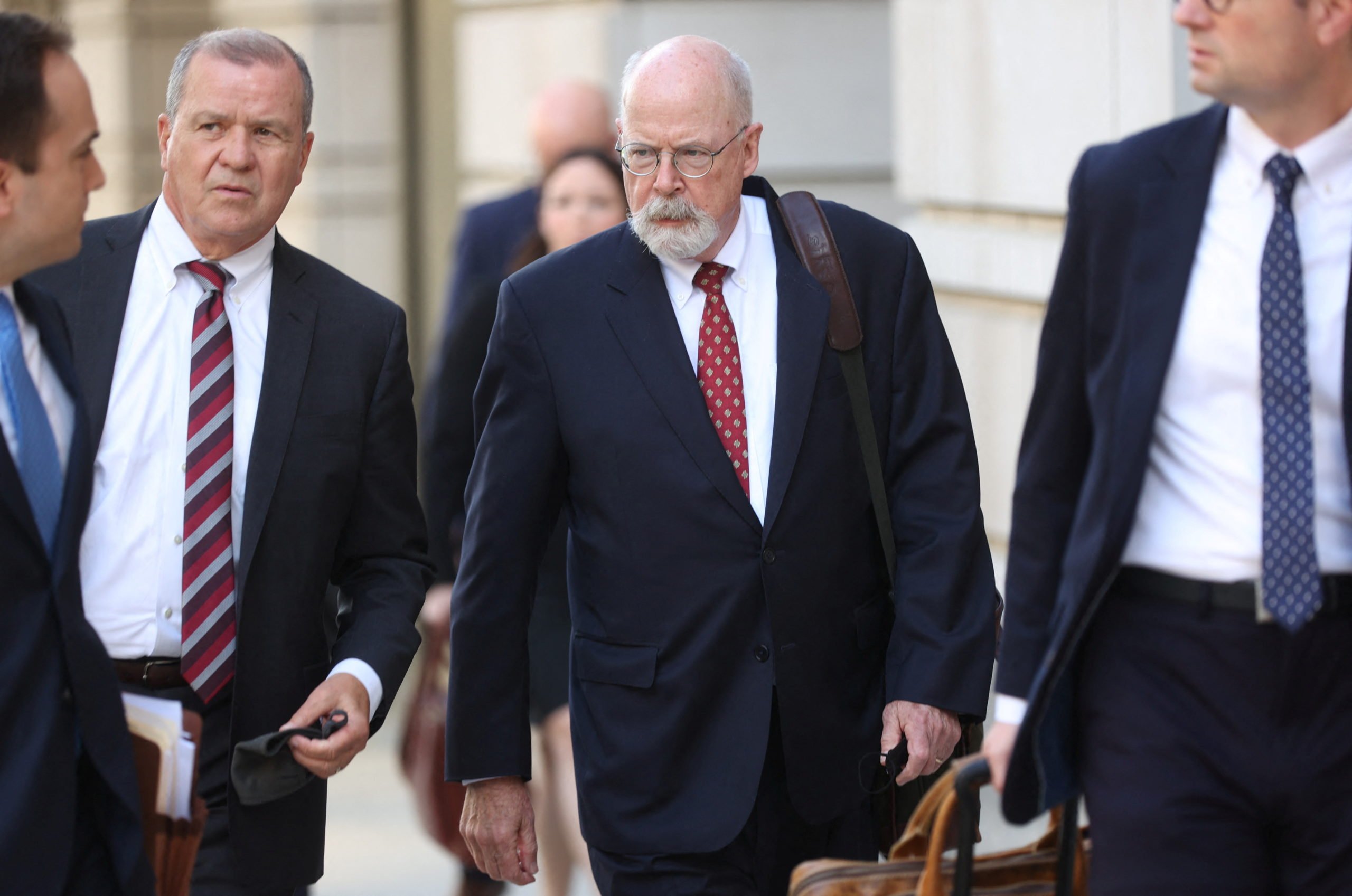 Special Counsel John Durham departs the U.S. Federal Courthouse with prosecutors and staff after opening arguments in the trial of Attorney Michael Sussmann, where Durham is prosecuting Sussmann on charges that Sussmann lied to the Federal Bureau of Investigation (FBI) while providing information about later discredited allegations of communications between the 2016 presidential campaign of former U.S. President Donald Trump and Russia, in Washington, U.S. May 17, 2022. REUTERS/Julia Nikhinson

Sussmann’s defense also suggested there’s still a chance the defendant may take the stand, with Berkowitz admitting he’s made no official decision as of yet.

Sussmann’s defense previously pushed for the case to be dismissed, but Cooper ruled in April that the case could go forward and that the defense failed to offer “legal authority” proving Sussmann did not give a materially false statement.

“While Sussmann is correct that certain statements might be so peripheral or unimportant to a relevant agency decision or function to be immaterial under § 1001 as matter of law, the Court is unable to make that determination as to this alleged statement before hearing the government’s evidence. Any such decision must therefore wait until trial,” Cooper ruled at the time.

Durham’s team began opening arguments Tuesday by summing up its case against Sussmann as “a look, a leak and a lie.” Durham-team prosecutor Deborah Brittain Shaw argued earlier this week that Sussmann “used and manipulated the FBI,” Law and Crime reported.