Republican Texas Sens. Ted Cruz and John Cornyn are divided on whether new gun restrictions should be considered after Wednesday’s mass shooting killed 19 children and two teachers in the state, The Texas Tribune reported Thursday.

Cruz told reporters in the hours following the Uvalde High School shooting that passing new limitations on guns was off the table because “it doesn’t work. It’s not effective. It doesn’t prevent crime,” the Tribune reported. The former presidential candidate has instead lamented how there is not enough funding to keep schools secure.

“If those federal grants had gone to this school when that psychopath arrived, the armed police officers could have taken him out,” Cruz told Fox News in regards to the School Security Enhancement Act.

Cornyn, on the other hand, has been quietly working behind the scenes in an effort to get some sort of bipartisan gun legislation passed, the Tribune reported. In the past, the senator has worked to pass small gun-related measures in the aftermath of mass shootings.

“I met with Sen. Cornyn this morning,” Republican Senate Minority Leader Mitch McConnell told CNN. “I have encouraged him to talk with Sen. [Chris] Murphy and Sen. [Kyrsten] Sinema and others who are interested in trying to get an outcome that is directly related to the problem.” 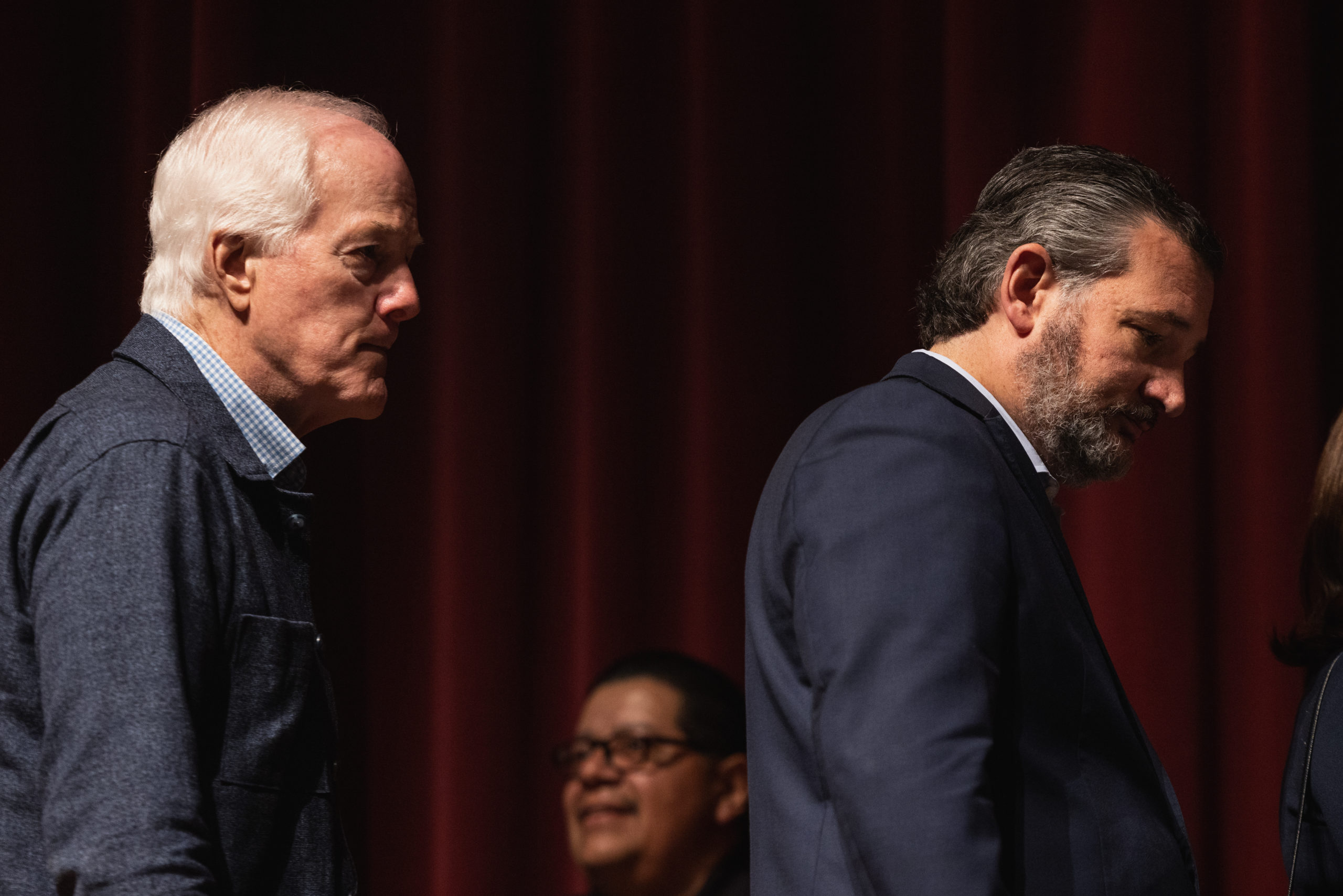 “I am hopeful that we could come up with a bipartisan solution,” he said.

Cornyn, who has an A+ rating from the National Rifle Association, said on the Senate floor Thursday he will wait until the investigation over the Uvalde shooting concludes to determine what type of solutions are needed, the Tribune reported.

“Once it does, I’m eager to see whether there were any gaps that might have done something to make this attack less likely, that might have even prevented this attack from taking place,” Cornyn said. (RELATED: ‘Please Just Stop’: Potential 2024 Candidate Tears Into Sen. Kyrsten Sinema Over Texas Shooting Remarks)

Both Texas senators initially intended to make an appearance at the NRA annual convention in Houston on Friday, but Cornyn’s team announced he would no longer attend due to “an unexpected change in his schedule,” the Tribune reported.

As of Friday morning, Cruz appeared to be the only top Texas Republican still going to the convention in the wake of the shooting, according to the Tribune’s Patrick Svitek.

The offices of Cruz and Cornyn did not immediately respond to The Daily Caller News Foundation’s request for comment.