Hickenlooper’s disclosure is a clear violation of The STOCK Act, experts explained to TheDCNF, which holds that lawmakers must publicize all transactions of $1,000 or more within 30 days of receiving notice and within 45 days of the transaction’s date. His filing damages the efficacy of the law as a mechanism to prevent corruption, track apparent conflicts of interests and insider trading, experts said.

“Ultimately, this instance involving Senator Hickenlooper is just one more of many manifestations of the problem with the STOCK Act; namely, it is insufficient and isn’t working toward its intended objective,” Dylan Hedtler-Gaudette, government affairs manager for the Project On Government Oversight, told TheDCNF.

Kendra Arnold, executive director of the Foundation for Accountability and Civic Trust, told TheDCNF it becomes harder to track conflicts of interest as time passes.

A major problem with late disclosure is that members are not able to recuse from votes that could present a conflict of interest, said Arnold. (RELATED: Sen. Blumenthal’s Family Splurged On Intel Stock Before He Voted For A Massive Subsidy Bill) 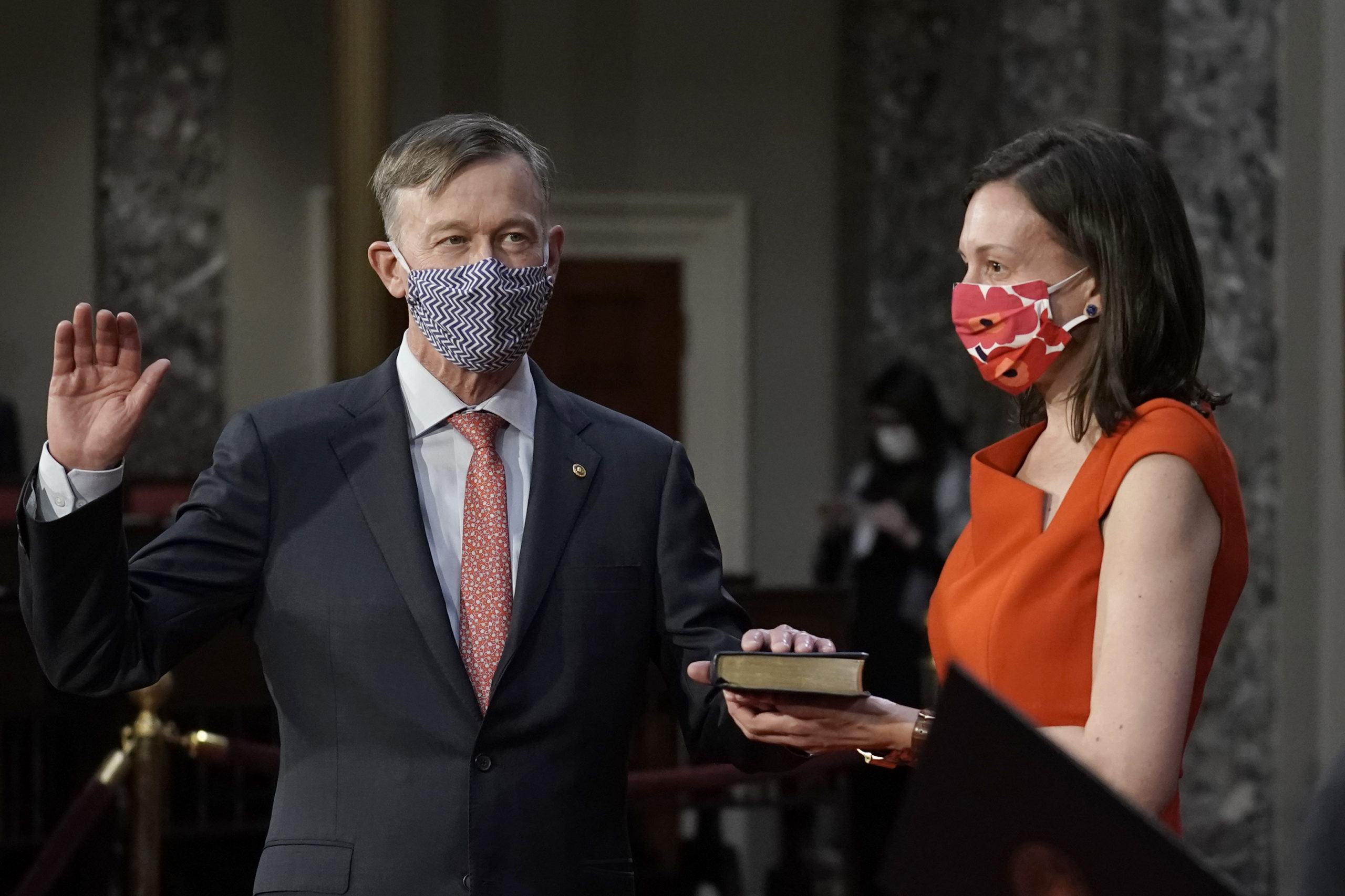 A spokeswoman for Hickenlooper did not respond to TheDCNF’s request for comment.

Hickenlooper and his wife have traded more than two dozen stocks in the past three years, records show. The senator, who sits on the Senate Commerce Committee, sold between roughly $2 million to $4 million of tech stock shares in November 2021 and October 2021. These included holdings in Amazon, Google parent company Alphabet, Facebook parent company Meta, Microsoft and PayPal.

Hickenlooper disclosed the 10th-most financial trades out of all members between January 2020 and January 2022, Axios reported. The senator has reported owning six figures worth of oil and gas stocks while sitting on the Energy and Natural Resources Committee, Insider reported.

“Members need to take the Act seriously,” said Kalman. “It is an important anti-corruption tool to dissuade potentially illegal behavior and help identify when a member does cross the line.”

In January, Democratic Georgia Sen. Jon Ossoff sponsored the Ban Congressional Stock Trading Act, which has stalled since being introduced. Over 125 Republican and Democratic members have backed some form of legislation seeking to ban members of Congress from trading stocks, OpenSecrets reported.

Members and their immediate families should be banned from stock trading, according to Hedtler-Gaudette.

“This fact demands action from Congress that addresses the problem at the root and flat-out prohibits members of Congress and their immediate families from trading stocks and other similar assets at all, full stop,” he said. “This is the only way to ensure that certain kinds of conflicts of interest are mitigated and that insider trading is prevented once and for all.”