Republican Iowa Sen. Joni Ernst is requesting information from the National Institutes of Health (NIH) after it awarded a nearly two million contract on the taxpayers’ dime to perform “invasive, painful, and potentially deadly” experiments on puppies as young as six months old.

Ernst sent a letter Thursday to Dr. Anthony Fauci, director of the National Institute of Allergy and Infectious Diseases (NIAID), requesting information on the experiments. The project involves force feeding puppies, mice, rats and dogs with experimental allergy drugs, according to the $1,836,453 contract obtained by the watchdog group White Coat Waste Project in May.

“This taxpayer-funded dog testing commissioned by NIAID appears to be unnecessary,” said Ernst in her letter. “According to the FOIA (Freedom of Information Act) documents, NIAID’s contractor proposed an alternative, non-dog animal model to replace dogs for at least some testing. Additionally, the U.S. Food and Drug Administration (FDA) has stated that, ‘The FDA does not mandate that human drugs be studied in dogs.'”

Ernst asked the NIAID to provide the experiment’s test name and description, number of dogs to be used, cost to taxpayers and the pain level as designated by the Department of Agriculture. The senator is also probing whether any funding will be provided from “private sources,” if funding will be provided to labs in China, the cost to taxpayers if a non-animal testing model was used and if the NIAID consulted Food and Drug Administration on whether dog testing was the only alternative.

“[W]e applaud Sen. Ernst for holding Dr. Fauci and his NIAID white coats accountable for #BeagleGate and demanding answers about his troubling plans to waste even more taxpayer dollars to abuse puppies in five cruel and unnecessary tests to evaluate a new drug to treat a runny nose,” Justin Goodman, senior vice president of White Coat Waste Project, said in a statement to The Daily Caller News Foundation.

As of March, it appears testing has not yet begun, Goodman told The DCNF. Goodman’s group submitted a subsequent FOIA request in May to determine the experiment’s status, he said. (RELATED: GOP Lawmakers Request Full Hearing On Fauci Dog Testing) 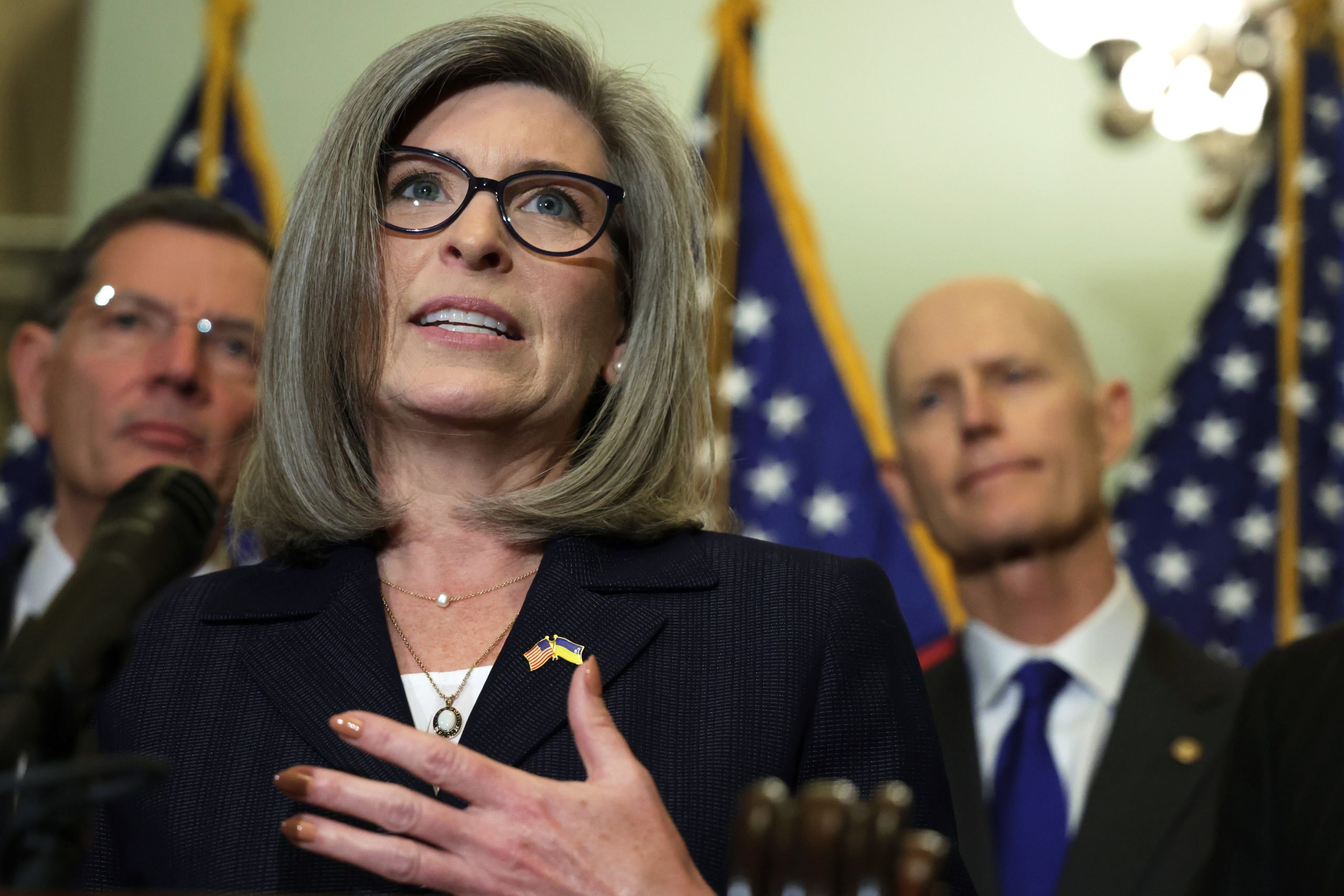 WASHINGTON, DC – MAY 10: U.S. Sen. Joni Ernst (R-IA) speaks to members of the press as Sen. John Barrasso (R-WY) and Sen. Rick Scott (R-FL) listen after a weekly Senate Republican policy luncheon at the U.S. Capitol on May 10, 2022, in Washington, DC. Senate GOPs gathered for a weekly policy luncheon to discuss the Republican agenda. (Photo by Alex Wong/Getty Images)

The NIH did not immediately respond to TheDCNF’s request for comment.

Ernst’s probe comes as both Republican and Democratic lawmakers have sought to ban the NIAID from animal testing. Dogs were infected with heartworm larvae last year and then killed, The Daily Caller first reported, and also injected with cocaine.

“The last time taxpayers and lawmakers of both parties found out about Dr. Fauci’s horrific experiments on dogs, they were rightfully outraged,” Ernst told TheDCNF. “Cutting dogs’ vocal cords out, infesting the dogs with ticks, and placing dogs in cages with infectious sandflies were just some of those disgusting, federally-funded experiments.”

“Before we hand him another nearly $2 million, we need answers to basic questions about this exorbitant contract,” the senator added.

The documents obtained by White Coat Waste Project were partially redacted and the Iowa Republican wants the NIAID to openly disclose all facets of the experiment and acknowledge how much it will cost taxpayers in total.