His disapproval rating was 59% among moderates and 57% among registered voters. Negative opinion of Biden also reached its greatest heights among key demographics, with 60% of voters under 30 years of age, 55% of Hispanics and 53% of women disapproving of him, according to the poll.

“If he moves to stabilize his ratings on the left, it could easily lead to more erosion in the middle and hurt his reelection prospects. But if he doesn’t address his problems on the left, his ratings could really crater,” he said. 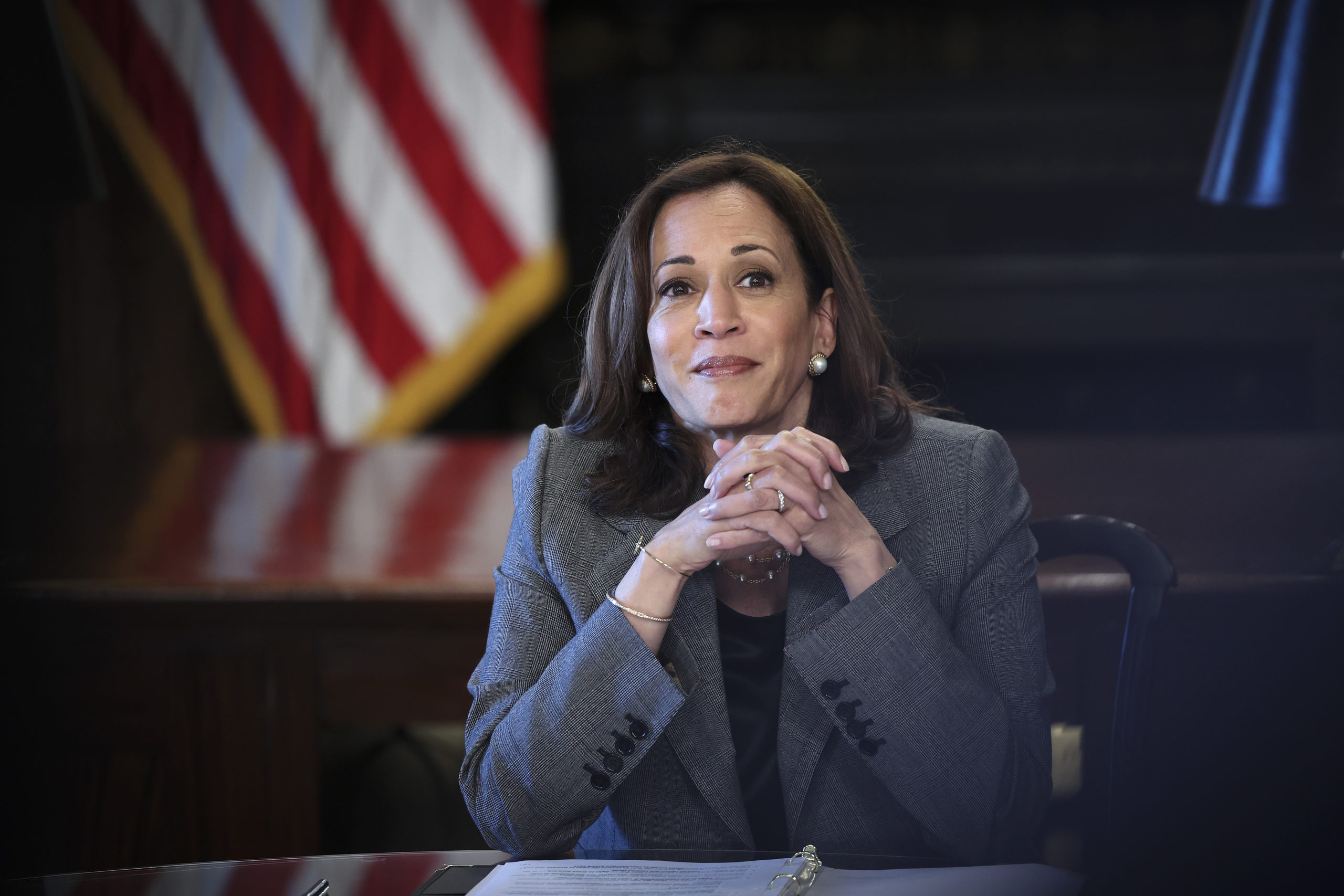 U.S. Vice President Kamala Harris delivers remarks during a meeting with legal experts on the pending Supreme Court decision impacting the Roe vs. Wade case at the White House complex on June 14, 2022 in Washington, DC. (Photo by Win McNamee/Getty Images)

Voters disapproved of Biden’s handling of inflation by 48 points and of the economy by 38 points, according to the poll.

Trump’s disapproval rating was also high, with 55% of registered voters disapproving of him, according to the poll. He had a 45% favorability rating overall.

The poll was conducted between June 10-13 by Beacon Research and Shaw & Company Research. It surveyed 1,002 registered voters and had a margin of error of 3%.