Democratic Illinois Rep. Bobby Rush, who has a documented history of funneling campaign dollars to family members, has paid roughly $56,000 from his principal campaign committee to his wife and ex-convict son since 2019, Federal Election Commission (FEC) records show.

Rush, a former Black Panther Party leader who has served 15 terms in the House, paid his third wife Paulette Holloway Rush roughly around $11,000 between June 2021 and March 2022, filings show. The congressman notably made one $3,600 payment on June 17, 2021, to Paulette, who is a church minister.

Rush has also paid his son Jeffrey roughly $45,000 since 2019, filings show, for mostly “field services” and “field operations services,” which is typically for campaign duties such as door knocking, phone banking and event work. (RELATED: Top Democrat Funneled More Than $200,000 In Campaign Cash To Family Members)

The payments were made from the Citizens for Rush committee, which has a Chicago mailing address and has raised over $220,000 in the latest election cycle. Rush announced his retirement in January and is also a church pastor in Chicago.

While paying family members is not illegal under the law so long as an individual is being paid fair market value, the practice is “frowned upon” by ethics experts because it is “really difficult to determine” what that value is, Kendra Arnold, executive director of the Foundation for Accountability and Civic Trust, told The Daily Caller News Foundation.

“When a candidate contracts with an independent person they’re not related to, obviously they’re going to negotiate for the best price and the fair market price,” said Arnold, whose nonprofit aims to promote accountability and transparency in government. “But when they negotiate with a family member, it’s a lot harder to determine whether or not they did that.”

An FEC spokeswoman explained to TheDCNF that members of Congress can use funds to pay family members “only if the family member is providing a bona fide service to the campaign and the payments reflect the fair market value of those services.”

“However, the regulations do not further define ‘fair market value,'” the spokeswoman added. 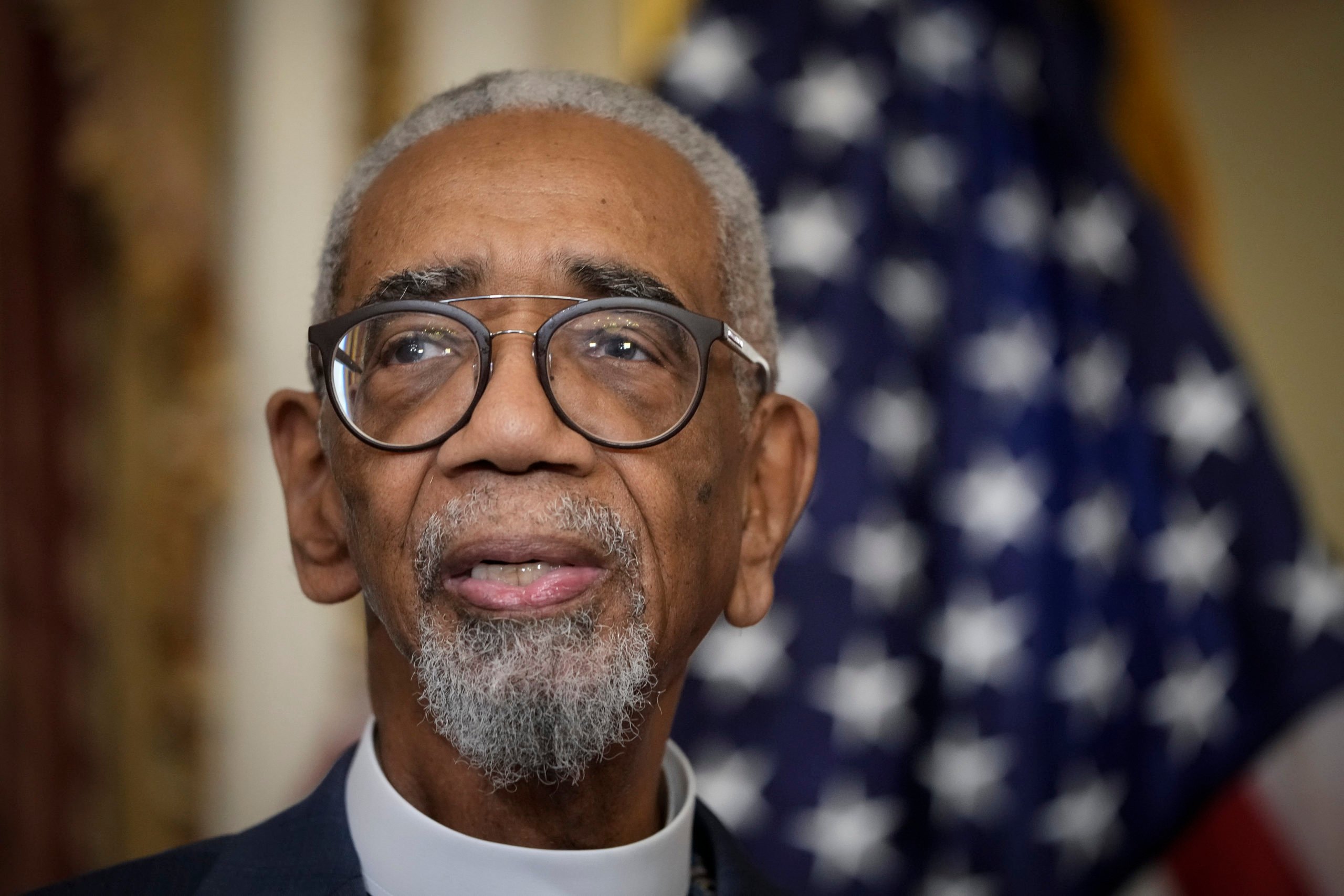 WASHINGTON, DC – MARCH 16: Rep. Bobby Rush (D-IL) attends a bill enrollment ceremony for the Emmett Till Anti-lynching Act at the U.S. Capitol March 16, 2022 in Washington, DC. The legislation makes lynching a federal hate crime, after more than a century of failed efforts to pass such a measure. The bill will now head to President Biden’s desk after being passed by the House and the Senate. (Photo by Drew Angerer/Getty Images)

It is unclear what sort of accounting the congressman’s wife was doing for him and what Jeffrey’s work precisely entailed. A spokesman for Rush did not respond to TheDCNF’s request for comment.

“That’s another thing that often comes up when we see these cases where they’re paying family members, where maybe that is not their primary job,” said Arnold.

Rush’s son Jeffrey was sentenced in 2008 to six months in jail for having sex with female prison inmates while working as head of security at an Illinois correctional facility. In 2011, Jeffrey was arrested on a warrant for violating his probation in connection with his prior sexual conviction, Herald & Review reported.

Holloway did not return a request for comment, nor did Jeffrey.

“Nepotism has long been recognized to be a feature of dysfunctional government,” Pete McGinnis, a spokesman for the Functional Government Initiative, a federal watchdog probing ethics in government, told TheDCNF. “While this practice of hiring family members as campaign workers is not necessarily illegal, it can raise ethics concerns. To pay your spouse with campaign contributions can appear as a self-payment.”

This is hardly the first time Rush’s campaign has paid his family and engaged in other controversial financial activities; the Democrat paid four family members over $100,000 during the 2016 election cycle, The Washington Free Beacon reported. These payments were steered to his then-wife Carolyn, who passed away in 2017, his brother Marlon, his mother Cora and also his son Jeffrey, the Free Beacon reported.

Rush paid his then-wife Carolyn hundreds of thousands of dollars since 2002, the Free Beacon also reported. He cut “consulting services” checks for Carolyn, paid his son Flynn for petition and polling drive services, his sister Judy for receptionist work and office management and also steered $190,000 to a church that he founded, the outlet reported.

In 2016, the FEC sent a letter to Rush’s campaign treasurer demanding further details pertaining to his campaign finance report showing thousands of dollars spent on “campaign visibility” and “services rendered,” as well as other vague categories, the Chicago Tribune reported. But the congressman’s office said at that time that it “is not in receipt of an FEC letter and thusly… unable to comment on the details of such letter.”

However, Rush’s campaign responded soon after, acknowledging several errors on its part, according to a letter.

Rush is not alone among lawmakers in helping out family members from campaign funds. Democratic South Carolina Rep. James Clyburn has funneled $200,000 in campaign money to entities managed by several relatives since 2018 and Democratic Connecticut Rep. Jahana Hayes has paid her family tens of thousands of dollars since 2019, The Daily Caller reported.

House Republicans put forth a bill in June that would prohibit any candidate running for federal office from paying family members for related services.

One of the co-sponsors of the bill, Texas Rep. Pete Sessions, told TheDCNF “it is important for the public to be specifically aware of where funds go” and that “transparency is integral to election integrity.”

Josh Hypes contributed to this story.