An Iowa mother is suing her 5-year-old daughter’s school district for allegedly placing her daughter in a “plexiglass enclosure” for violating the district’s mask mandate, according to the June lawsuit.

Officials for Ankeny Community School District in Des Moines, Iowa, allegedly required Kimberly Reicks’ daughter to be enclosed in plexiglass while at her desk for refusing to wear a mask due to a staph infection, according to the lawsuit. Reicks is suing the district for violating Reicks’ right to free speech and right to petition after her child was allegedly “deprived of equal opportunity” by placing her in the plexiglass container “without justification.” (RELATED: Fauci Admits Fight Over Travel Mask Mandate Is All About Hoarding Power)

Reicks said the March 2021 incident occurred after she started speaking out against the district’s mandate, according to the lawsuit. Reicks claimed her daughter’s doctor recommended she not wear a mask due to the staph infection.

“Because she spoke up to the school board, they put her child in a plexiglass enclosure,” Alan Ostergren, the attorney for Reicks, said in a statement. “The timing was unmistakable – the district administration was clearly upset with this mother for questioning the mask policy. Regardless of how you feel about mask policies, we should all be able to agree that a kindergartener should not be punished because her mother is exercising her constitutional rights. It is important to fight back against this unconstitutional act by the district and its employees.” 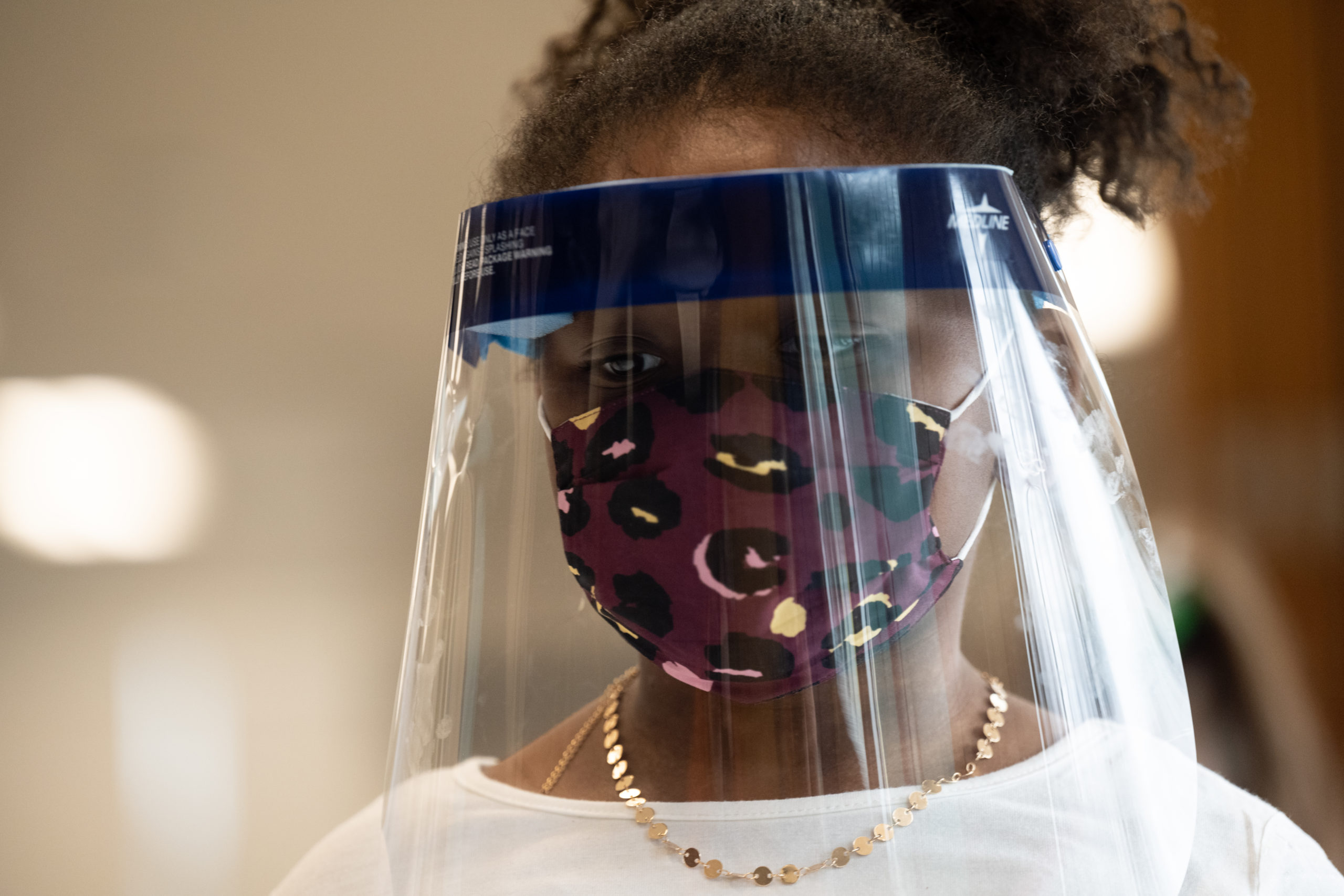 A child wearing a face shield and mask stands in the cafeteria of Medora Elementary School on March 17, 2021 in Louisville, Kentucky. Today marks the reopening of Jefferson County Public Schools for in-person learning with new COVID-19 procedures in place. (Photo by Jon Cherry/Getty Images)

The school district says Reicks’ daughter refused to wear a mask saying, “my mom will be mad at me if I wear my mask. It’s my body, my choice,” which led to her being placed in the enclosure, according to the Iowa Capitol Dispatch.

Reicks and her husband met with the Northeast Elementary School Principal Laura Ryan to discuss their daughter’s feeling of isolation from her classmates, and that shortly after their discussion, their daughter was removed from class for “failing to wear her mask properly,” the lawsuit states. The parents took their daughter out of school temporarily until May 20, 2021 when legislation banning mask mandates in schools went into effect.

Ostergren, Ankeny Community School District and Ryan did not immediately respond to the Daily Caller News Foundation’s request for comment.