An LGBT organization awarded 50 school districts nationwide a $10,000 grant to promote gender ideology and support “Gender Sexuality Alliance” (GSA) clubs, according to a press release from the “It Gets Better Project.”

The “It Gets Better Project” provided grants to 50 schools nationwide that submitted project proposals, according to the group’s press release. The organization said the grants were created via customer donations from American Eagle customers during Pride Month 2021.

Examples of projects include creating a “gender-affirming closet” at school to “help trans students access clothing that fits their true selves,” and funding the remodeling of “single-gender lavatories” to “gender-neutral bathrooms.”

Parents Defending Education (PDE), a concerned parent organization, highlighted several examples of schools — some in traditionally conservative areas — that spent the money on creating LGBT murals or videos on pronouns using the funds.

“Hello, we are the CHS Gender Sexuality Alliance and we are fundraising on behalf of a Carmel High School student who needs to raise money to get out of an abusive household,” the GoFundMe reads. “He cannot fundraise for himself because if his mom caught him trying to raise this money himself his situation would get exponentially worse.”

LGBT groups commonly refer to parents who refuse to affirm a child’s transgender identity as “abusive,” according to countless forums, articles, and reports. 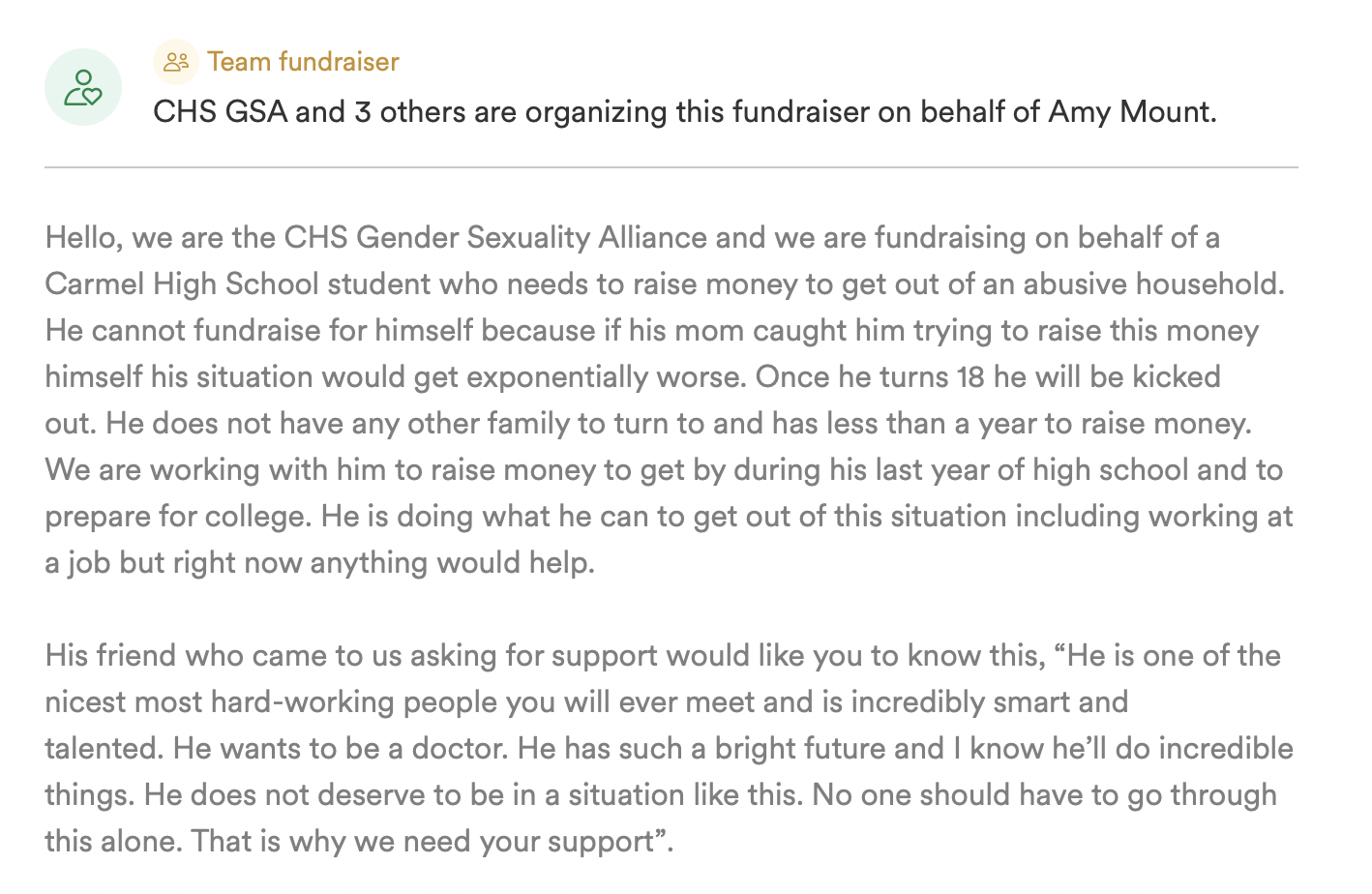 Maine-based Cape Elizabeth High School received $10,000 to create a “film that will educate teachers and students how to be more inclusive and use proper pronouns,” according to a press release from the school. Student Saga Hart, a rising junior, is tasked with creating the video.

Louisiana-based, Haynes Academy, similarly vowed to create and fund an “LGBTQ+-inclusive training for students and faculty,” using the grant funds.

IDEA North Mission College Prep in Texas created one of the most ambitious proposals, highlighted in TODAY. LGBT students at the school plan to create a “region-wide” conference for “Queer youth.”

“[The school is ] looking to create a region-wide Queer Youth Conference where Queer youth across south Texas can come together,” the “It Gets Better Project” states. “The primary objective is to make schools safer and more inclusive. This will be tailored to the Queer Youth that are spread out through their high schools.”

IDEA Public Schools told the Daily Caller that the award was given entirely to an after-school student organization named “Warrior Prism Alliance.”

Erika Sanzi, the Director of Outreach for PDE, told the Daily Caller that accepting these grants further exemplifies schools’ “prioritization” of social-justice-related topics, such as LGBTQ ideology.

“It’s perfectly understandable that schools apply for available grant money, but this trend is further evidence of schools’ prioritization of LGBTQ-related content and programs over their basic responsibilities of teaching children to read well,” Sanzi said.