America First Policy Insititute (AFPI) and America First Works will host a series of town halls in the fall with members of Congress in order to promote their America First agenda, the Daily Caller has learned.

The goal of the America First Agenda Town Halls is to highlight the difference in what policies are being passed in Washington, D.C., and what policies would actually put the American people first. Issues that will be brought up in the townhalls will consist of how to combat inflation, securing the border, standing up for parents’ rights, fighting rising crime rates, and more, according to information provided first to the Daily Caller.

The town halls come after AFPI hosted a two-day summit in July that highlighted America First policies and where former President Donald Trump gave his first speech in Washington, D.C, since leaving the White House. (RELATED: Trump Makes His Return To DC For The First Time Since Leaving Office)

“Daily life for American workers could not be worse under the Biden Administration. The tax and spending policies pushed by the Left have led to paychecks that can’t keep up with skyrocketing prices and a lower quality of life for our hardworking American families,” Linda McMahon, Chair of the Board and Chair of the Center for the American Worker, said in a statement.

“While liberals may believe the answer to these problems is spending more and increasing entitlements, the America First Policy Institute has a different view. We believe economic prosperity for our great American workers comes from a limited government, lower gas prices, and greater opportunity that empowers and incentivizes the American people to create domestic jobs and wealth,” McMahon added. 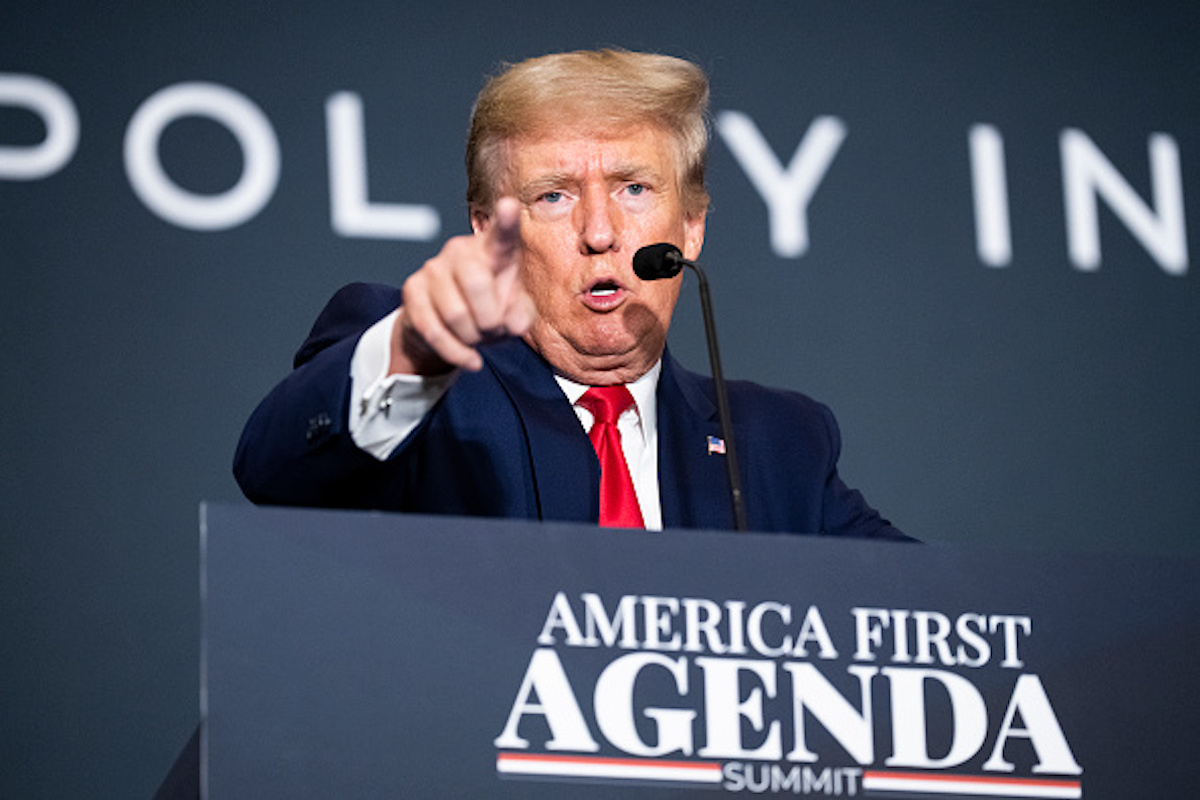 “The Biden Administration’s economic policies have resulted in skyrocketing inflation and a recession, both of which have been particularly hard on families in Iowa,” Republican Iowa Rep. Mariannette Miller-Meeks said. (RELATED: ‘Preserve The Historic Accomplishments Of My Administration’: Trump Announces Support For America First Policy Institute)

“Spending bills packed with partisan priorities are only making inflation worse—the administration needs to shift its focus to the issues everyday Americans are facing. We need to bolster onshore manufacturing, support our farmers and producers, and invest in domestic energy to boost the economy and limit our dependence on other countries.”

The first town hall will be Thursday in Newton, Iowa, with Miller-Meeks. She will be joined by AFPI’s Linda McMahon, Matt Whitaker, and Doug Hoelscher. The town hall will focus on the economy and American workers. The other town halls will take place in New Mexico, Pennsylvania, and Ohio, and are others being planned.