Miami-Dade County, Sarasota County, Duval County, Martin County and Clay County held their school board elections on Aug. 23. The conservative school board candidates in the five counties won their races, resulting in a flip in the majority of the school boards. (RELATED: ‘Give Parents A Voice’: Republican Back-To-School Videos Target Battleground States Where Democratic Policies Failed)

April Carney, endorsed by DeSantis, narrowly defeated incumbent Elizabeth Andersen, who was backed by Duval Teachers United and the Duval County Democratic Party, according to First Coast News. A video of Andersen calling a black conservative mom a “token person” surfaced on Aug. 14, sparking backlash from the mom and her attorney.

Roberto Alonso of Miami-Dade County was appointed to the school board in 2020 by DeSantis and defeated his two opponents, claiming an open seat on the board, according to the Miami Herald. Monica Colucci, endorsed by DeSantis, beat incumbent Marta Perez. 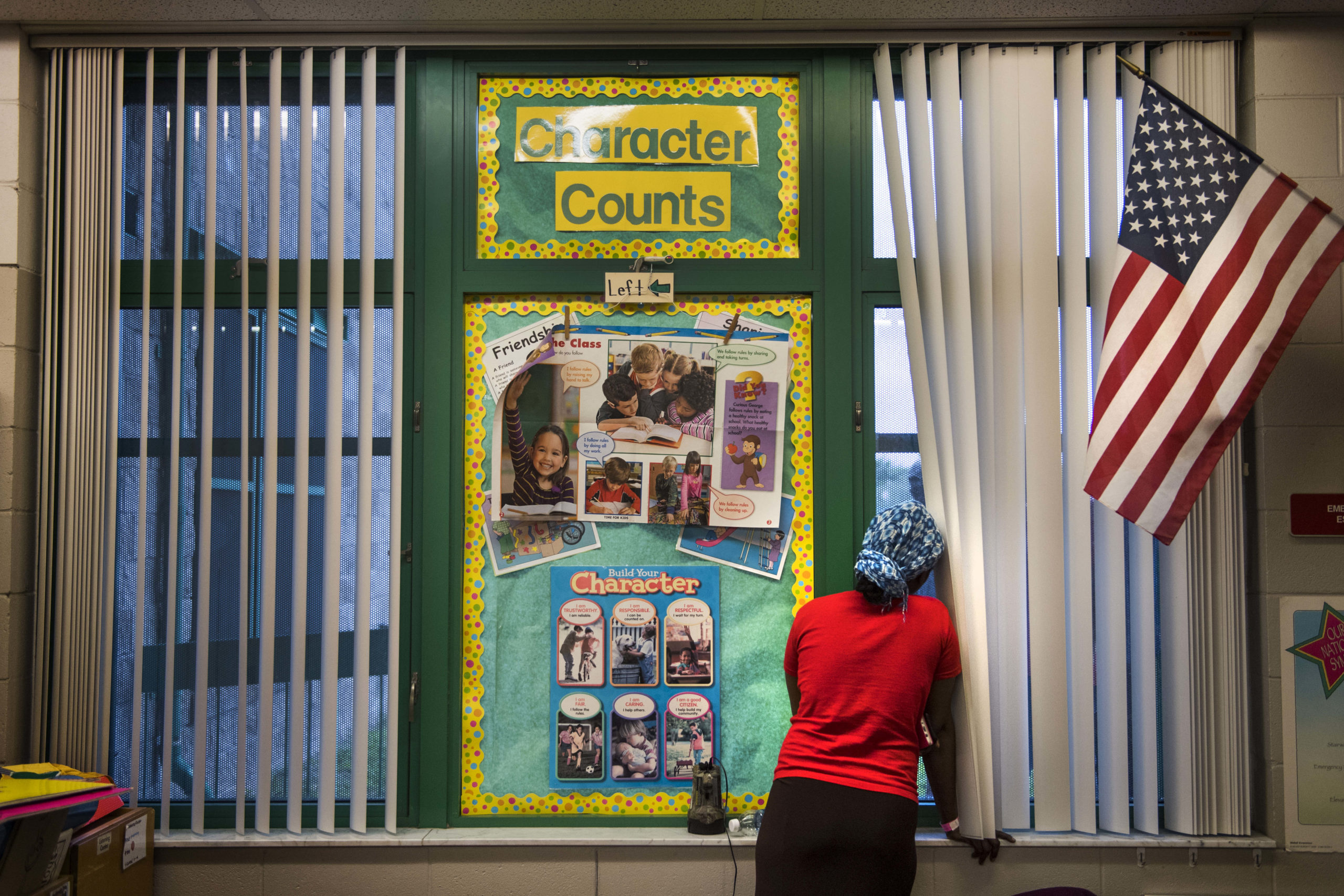 A woman looks at the weather out the window of a classroom at a shelter within the Pizzo Elementary School in Tampa, Florida, September 9, 2017. (JIM WATSON/AFP via Getty Images)

Tim Enos, Robyn Marinelli and Bridget Ziegler all claimed a seat to the Sarasota County school board on election night, the Herald Tribune reported. All three candidates were endorsed by DeSantis.

Amy Pritchett, the co-chair of the local chapter of Moms For Liberty, a group that focuses on increasing parents’ involvement in their students’ education, won a seat on the Martin County school board by 337 votes, according to Treasure Coast Newspapers. Jennifer Russell was endorsed by DeSantis and won her race, claiming 56.26% of the vote.

Clay County’s Erin Skipper, endorsed by DeSantis, won 55% of the vote to win a seat on the school board, the First Coast News reported. Ashley Hutchings Gilhousen was up for re-election and claimed 69% of the vote.

“The 1776 Project PAC worked to reach out to Republicans who typically vote in presidential elections but miss these important off cycle elections,” Aiden Buzzetti, head of coalitions and candidate recruitment for the 1776 Project PAC, told the Daily Caller News Foundation. “By increasing voter turnout and focusing on the issues happening at their local school board, we were able to move voters to the ballot box to cast their vote for conservatives.”

Moms For Liberty did not immediately respond to the DCNF’s request for comment. DeSantis’ office pointed the DCNF to a Tuesday press release that called the governor’s interventions “the most significant effort by a governor to endorse, train and invest in school board candidates across the nation.”

This story has been updated with comment from Gov. DeSantis’ office.