White House Senior Adviser Anita Dunn has yet to divest holdings worth tens of millions in she and her husband’s investment portfolio, the Washington Examiner reported Wednesday.

Dunn disclosed between $16.8 million and $48.2 million in stocks, bonds and call options in a 2021 financial disclosure first reported on Aug. 12 by CNBC. But the longtime Democratic operative is “still in the process” of divesting her portfolio, a White House official told the Examiner, after a White House spokesman told the Daily Caller News Foundation Aug. 16 she will do so to avoid any conflicts of interest. (RELATED: Top Biden Adviser’s Consulting Clients Stand To Benefit From New Gov’t Spending)

The former consultant at the public affairs firm SKDK is “taking all necessary steps” to divest her portfolio and “has the appropriate recusals in place,” the official told the Examiner. A White House spokesman told the DCNF prior that Dunn has recused herself from working with her former consulting clients.

Dunn disclosed in the 93 page filing that she and her husband, former White House Counsel Bob Bauer under then-President Barack Obama, own bonds issued by Amazon, Visa, Apple and Wells Fargo. The pair also own a wide range of individual stocks, such as up to $15,000 each in shares of Pfizer, Coca-Cola, General Dynamics and CVS.

“This episode is emblematic of the administration’s broken promises when it comes to ethics and transparency,” Michael Chamberlain, director of the ethics watchdog Protect the Public’s Trust, told the DCNF. “Anita Dunn represents the epitome of the revolving door that engenders mistrust in government among the American public.” 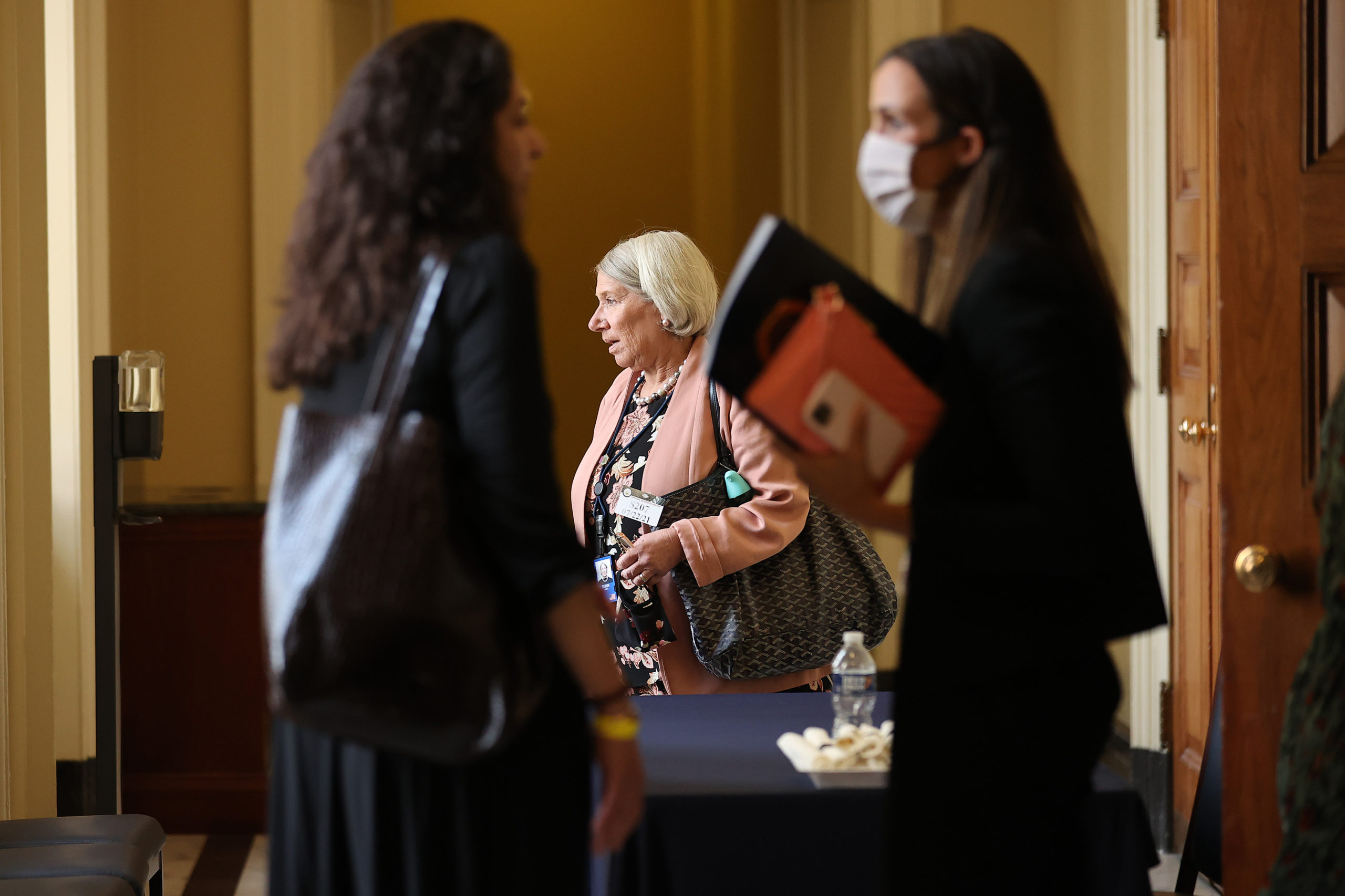 Dunn was an adviser to President Joe Biden’s transition team in 2019 and joined the White House full-time as an adviser in April. While officials in “limited circumstances” may receive up to 180 days to divest their holdings, the fact that this is not her first stunt working under Biden shows the possible conflicts of interest created by her investments are not new, said Chamberlain.

“They were present during her previous tenure but her role was carefully crafted to avoid disclosure and divestiture at all costs,” he added.

Companies Dunn consulted for at SKDK have benefited or stand to benefit from federal funding, the DCNF reported. This includes Pfizer, which has been at the forefront of the vaccine rollout in the Biden and Trump administrations, and also Micron, which stands to benefit from the $52 billion CHIPS Plus Act signed Aug. 9 aimed toward boosting domestic computer chip manufacturing.

Biden’s ethics pledge bars political appointees from participating in matters “directly and substantially” related to a former employer and former clients. Dunn is recused under the pledge, a White House spokesman previously told the DCNF.

The White House did not respond to the DCNF’s requests for comment.