Democratic senators will not put forth legislation banning members of Congress from trading stocks prior to the November midterm elections, Democratic Oregon Sen. Jeff Merkley, a proponent of the idea, said Thursday.

“I’m looking forward to getting this across the finish line, but it’s not going to happen before the election,” Merkley told Insider Thursday. “I feel like we’ve made very large strides towards a consensus bill. But there are a whole lot of other bills and judicial nominations lined up for the balance of the few days we have left here.” (RELATED: Nancy Pelosi’s Husband Buys Millions In Chip Stocks Right Before Vote On Massive Chip Subsidy)

The revelation comes just one day after House Speaker Nancy Pelosi said in a press conference her chamber would introduce a stock ban bill later in September. Pelosi notably bought millions in computer chips stock prior to the passage of a bill that delivered $52 billion in domestic chip funding, the Daily Caller News Foundation first reported.

“There won’t be a congressional stock ban before the election because the leaders (not all the members, but definitely the leaders) of both parties in Congress do not want there to be a congressional stock ban,” Walter Schaub, senior ethics fellow at the nonpartisan watchdog Project on Government Oversight, said Thursday. “This is a product of not having enough new blood at the top.” 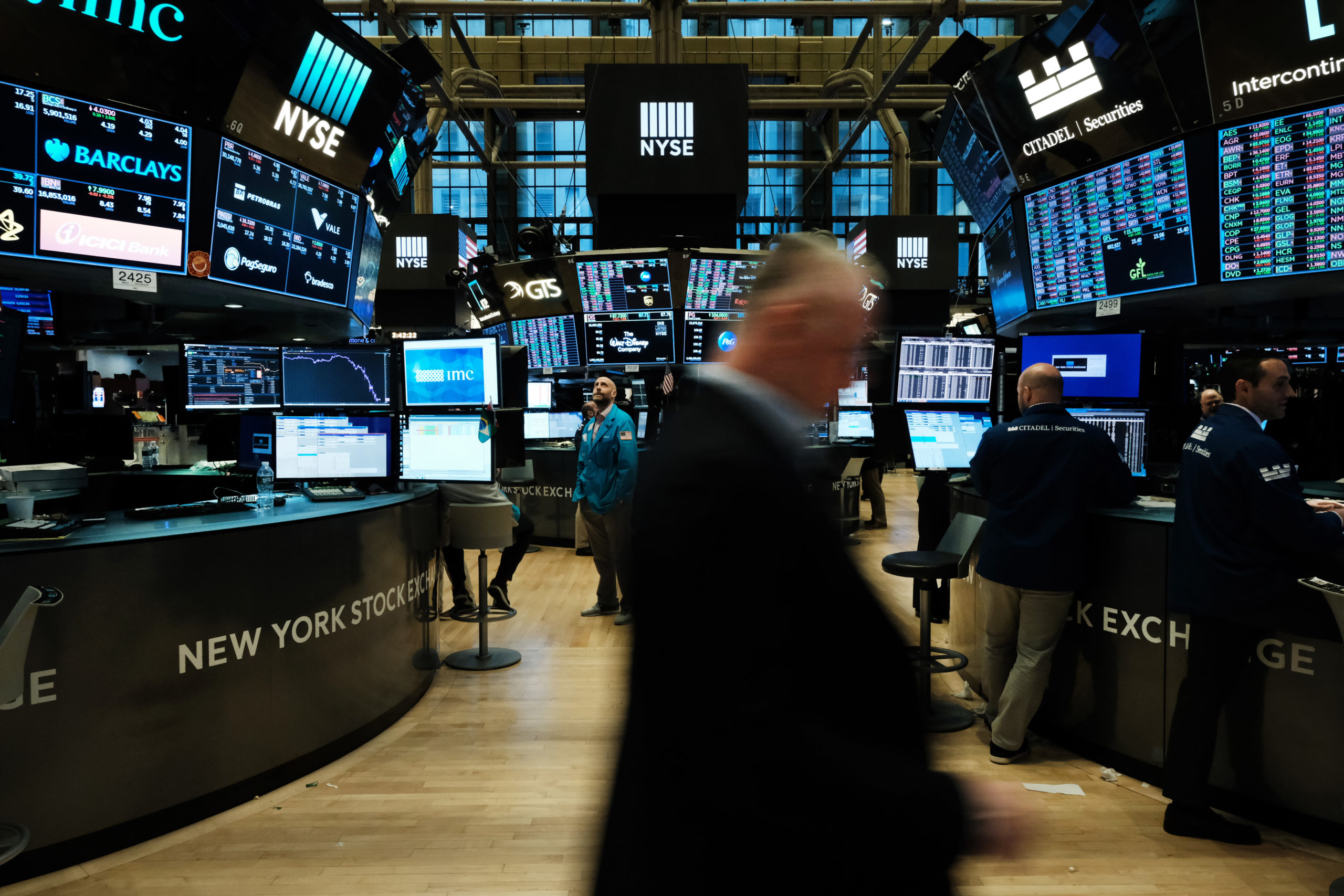 NEW YORK, NEW YORK – MARCH 20: Traders work on the floor of the New York Stock Exchange (NYSE) on March 20, 2020 in New York City. Trading on the floor will temporarily become fully electronic starting on Monday to protect employees from spreading the coronavirus. The Dow fell over 500 points on Friday as investors continue to show concerns over COVID-19. (Photo by Spencer Platt/Getty Images)

There have been increased calls from bipartisan activist groups and members of Congress to proceed with such a stock ban. Senate Majority Leader Chuck Schumer asked members in February to form a group aimed at getting a bill introduced and that month members put forth a bill called the Bipartisan Ban on Congressional Stock Ownership Act of 2022.

Different stock ban proposals have been put forth in the past few years, including the Ban Conflicted Trading Act, which Merkley sponsored in March 2021. The legislation would “prohibit Members of Congress from purchasing or selling certain investments, and for other purposes.”

More than half of members who have disclosed stock trades between 2019 and 2021 have possible conflicts of interest since they sit on committees that may have given them key insight, The New York Times reported Tuesday.

Merkley quote-tweeted the Times report, writing, “This is why I’ve been leading the charge in the Senate to ban congressional trading. We need to get it done.”

A spokesman for Merkley did not respond to a request for comment.