The University of California, Berkeley gave hundreds of thousands of dollars in 2021 to a left-wing nonprofit funding groups that seek to empty prisons across the U.S., according to California financial records.

Berkeley sent over $262,500 to the Heising-Simons Foundation, a 501(c)(3) charity that opposes “mass incarceration” and backs prison reform, according to records obtained by the transparency watchdog OpenTheBooks. The charity has granted huge sums to groups trying to overhaul the criminal justice system and get inmates back onto the streets, a Daily Caller News Foundation review found. (RELATED: UC Berkeley Quietly Funded A Deep-Pocketed Liberal Dark Money Group Tied To ‘Defund Police’ Movement)

“UC Berkeley is effectively funding the further breakdown of civil society in California,” Peter Wood, president of the National Association of Scholars, a conservative education group, told the DCNF. “By funding a foundation that seeks to dismantle what it calls ‘carceral systems,’ the university is only arm’s length away from the prosecutors who refuse to prosecute and the officials who have opened the prison doors to serious offenders who have served only fractions of their sentences.”

It is unclear whether Berkeley’s payment was composed of private or public dollars and why the school paid the foundation. Berkeley runs a Heising-Simons Faculty Fellows Program that each year awards two university faculty members “working on topics in a diverse set of fields” with $200,000 over a period of five years to do research.

Simons and Heising have given millions to Democratic candidates and PACs, according to Federal Election Commission records. Simons notably joined three liberal donors in spending $22 million on criminal justice ballot measures and has supported George Gascón, the Los Angeles district attorney backed by billionaire George Soros who voters sought to recall for his soft-on-crime policies, Politico reported. The recall effort failed in August.

Heising-Simons Foundation seeks to “challenge mass criminalization” and holds that “structural racism pervades” U.S. society. It invests in “communities rather than prisons and surveillance” and groups trying “to shrink and ultimately dismantle carceral systems and reimagine new approaches to safety, justice, and accountability.”

Between 2018 and 2022, the foundation granted over $10 million to groups who “reimagine approaches to safety, justice and accountability,” according to its grant database. Some of these groups openly advocate for lower incarceration rates and claim the U.S. systemically discriminates against minorities.

Women on the Rise GA is one group that Heising-Simons Foundation has funded. The group, which received $200,000 in 2020, helped lead an initiative called #CloseTheJailATL in 2019 that urged Atlanta to divest from a city jail and reallocate $15 million toward social services.

The Georgia group and others sent a 26-page task force report in 2020 to then-Mayor Keisha Lance Bottoms that suggested Atlanta replace the jail with an “equity center,” the Atlanta Journal-Constitution reported. Bottoms put forth a proposal to close the jail that Atlanta city council members in 2020 rejected, and jail closure has stalled amid newly elected Mayor Andre Dickens weighing proposals, the outlet reported June 28. 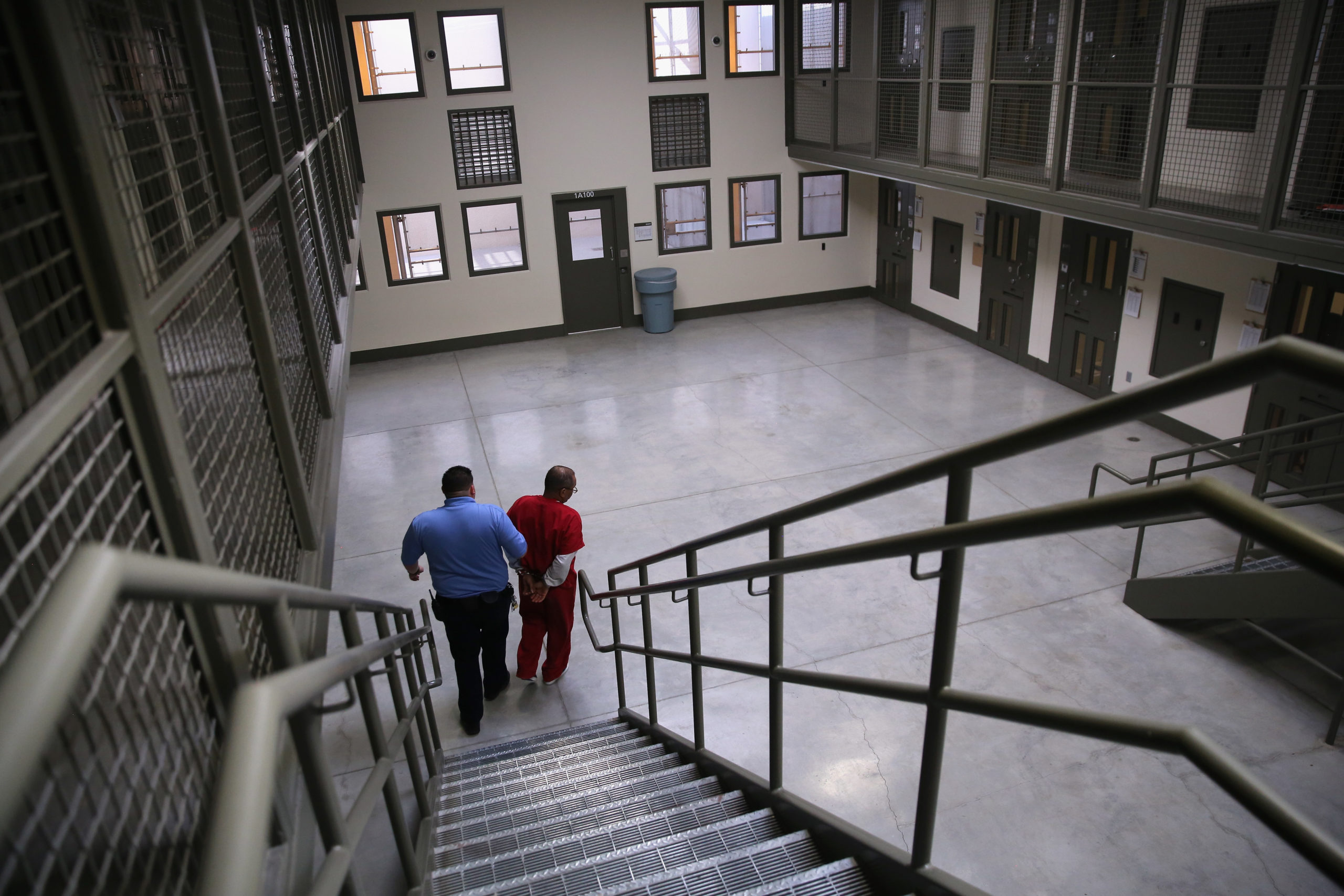 “Hi, yes we do!” Women on the Rise GA Executive Director Robyn Hasan told the DCNF in response to a question on whether it supports ending incarceration.

There has been an uptick in violent crime in Atlanta, with the city seeing a 58% homicide surge in 2020, its deadliest year in over two decades, the Atlanta Journal-Constitution reported. The city saw just a 1% violent crime decrease in 2021 and in August 2022 recorded its 100th homicide this year, a marker that was hit in 2021 one week prior.

“Prison abolition is about the least serious policy position you can stake out in this debate,” Rafael A. Mangual, research head for the Policing and Public Safety Initiative at the Manhattan Institute, a conservative think tank, told the DCNF.

“I don’t think it’s a coincidence that a lot of these policies that I think can be fairly characterized as generally lowering the transaction costs of committing a crime have coincided with a pretty worrying and troubling uptick in serious violence,” said Mangual. “It’s certainly the case we ought to be very, very circumspect in the degree to which we continue to push toward decarceration at a moment in which cities across the country are seeing levels of serious violence rise to levels not seen since the 1980s and 1990s in some cases.”

Another group Heising-Simons Foundation funded is the Mass Liberation Project, a California group that wants to eliminate prisons and “cure the cancer of white supremacy,” which it claims “undergirds the criminal legal system.” The project, which raked in $325,000 in 2019 from the foundation, launched a “Vegas Freedom Fund” in 2020 aimed toward raising money to bail out inmates as COVID-19 spread in jails.

Cities across California were rocked with violence amid riots and protests following the murder of George Floyd in Minneapolis, Minnesota in 2020. California in 2020 saw a 31% surge in homicides while Los Angeles County, the most populous county in the state, is on pace for a 15-year high in 2022 for homicides, ABC7 reported in July.

Still, another California-based group Heising-Simons Foundation funded is Young Women’s Freedom, which aims to steer “cis and trans” boys and girls away from incarceration and runs a campaign called “Freedom 2030.” The campaign calls for “the decriminalization and decarceration of all women, girls, and trans people of all genders.”

“We live in a culture of over-policing and perpetual punishment for Black, Brown, Indigenous and Trans* people,” Young Women’s Freedom said in June 2020, the same year it received $300,000 from Heising-Simons Foundation. “We must release people from prisons if we are serious when we say #BlackLivesMatter.”

Berkeley’s payment to Heising-Simons Foundation only became public in August after OpenTheBooks obtained records showing the state of California gave roughly $76 billion to 64,000 recipients in 2021. The watchdog obtained the state’s line-by-line 2021 expenditures after filing public records requests as well as later suing for the documents.

“The funds that UC Berkeley squanders on the Heising-Simons Foundation and other such groups could be far better spent on teaching civics to Berkeley students,” Wood added.

Heising-Simons Foundation did not respond to a request for comment nor did Berkeley, Young Women’s Freedom Center or the Mass Liberation Project.