The Democrats’ massive climate spending and tax bill gave the Department of Agriculture (USDA) $2.2 billion in loans to pay farmers, many of whom are black, who have previously been denied USDA loans due to discrimination.

The provision, which was backed by Democratic Sens. Cory Booker of New Jersey and Raphael Warnock of Georgia, is intended to provide financial assistance to farmers, ranchers or forest landowners that the department determines to have experienced discrimination in USDA farm lending programs before January 1. 2021, according to the bill’s text. Although the funding could go to any farmer that the government has discriminated against, such as white women or members of the LGBTQ community, the money is primarily intended to rectify the historic denial of loans to black farmers, according to The Wall Street Journal. (RELATED: Democrats’ Climate Bill Could Pay Farmers To Not Grow Food)

Another of the bill’s provisions will allocate $3.1 to help farmers of any race who are facing financial hardship and also have a direct or guaranteed loan with the USDA. Democrats quietly abandoned their original plan in August to give $4 billion to black farmers as part of the March 2021 Covid relief bill after white farmers filed a lawsuit against the funding, saying it was unconstitutional to exclude white farmers based on race, according to Bloomberg Law. 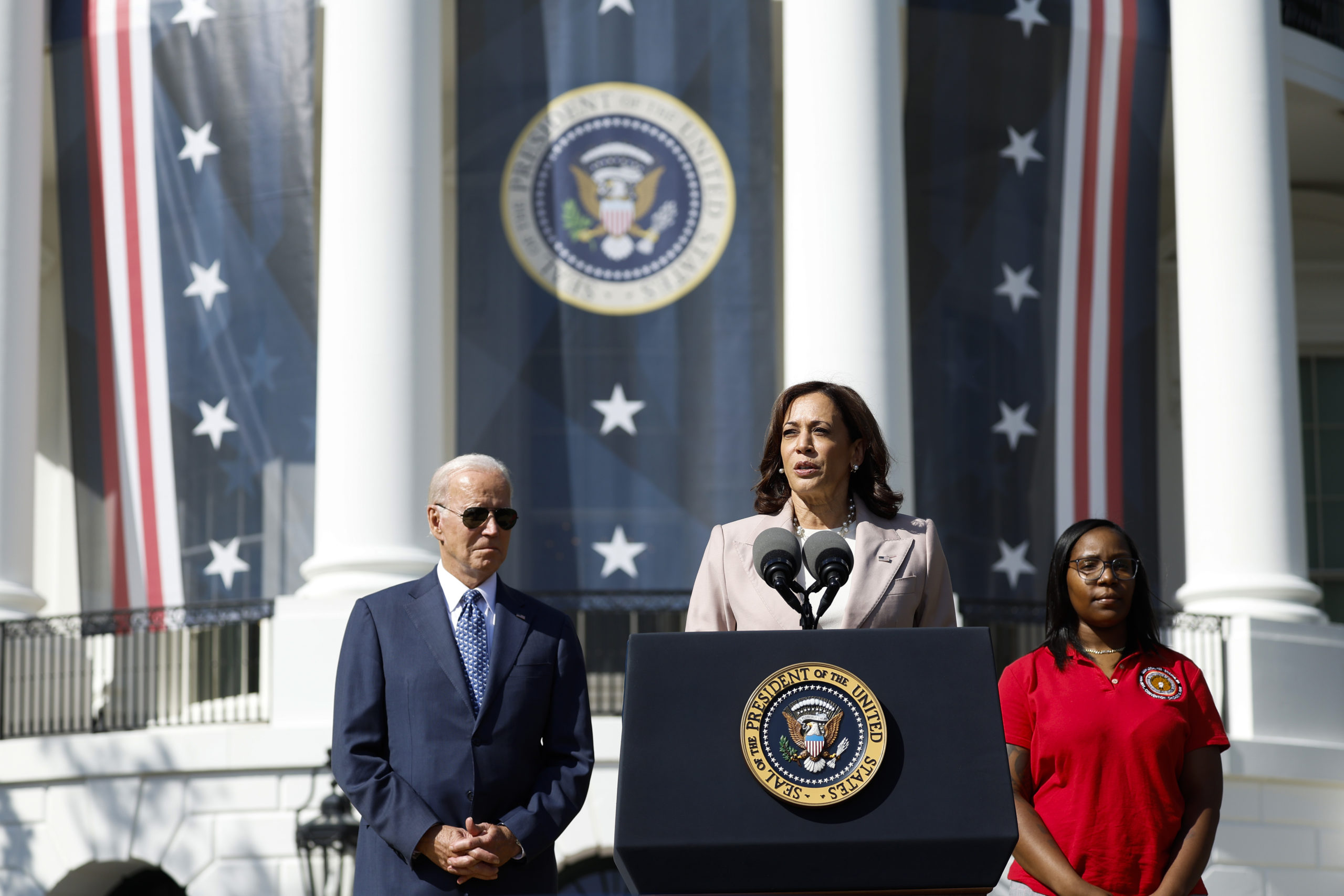 WASHINGTON, DC – SEPTEMBER 13: U.S. Vice President Kamala Harris gives remarks, alongside U.S President Joe Biden, at an event celebrating the passage of the Inflation Reduction Act on the South Lawn of the White House on September 13, 2022 in Washington, DC. H.R. 5376, the Inflation Reduction Act of 2022 was passed by the House and Senate and later signed by Biden in August. (Photo by Anna Moneymaker/Getty Images)

Booker, Warnock and Democratic Senate Majority Leader Chuck Schumer sent a letter on Sept. 15 to Agriculture Secretary Thomas Vilsack urging the USDA to quickly disperse the billions in farm relief funding. Vilsack stated in August that the department was still determining the best way to distribute the funds that Congress mandated to be handled by an independent organization, according to the WSJ.

The bill which Democrats call the ‘Inflation Reduction Act,’ will spend over $740 billion to fund “environmental justice” programs, invest in green energy as well as expand government agencies like the Environmental Protection Agency and Internal Revenue Service. The law’s ability to lower the country’s current high levels of inflation is “statistically indistinguishable from zero,” according to the Wharton Budget Model.

The USDA did not immediately respond to the Daily Caller News Foundation’s request for comment.