Democratic Maine Gov. Janet Mills refused to remove a taxpayer-funded video that dubbed the campaign phrase “MAGA” a form of “covert racism” from the state’s Education Department resources, according to a report.

The Maine Department of Education offers a program titled, “Maine Online Opportunities for Sustained Education” (MOOSE) that included a module on “inclusivity” for Maine educators. The module stated that “MAGA,” the campaign phrase popularized by former President Donald Trump, is an example of “covert racism and white supremacy.”

The module contrasted “covert racism” with “overt racism and white supremacy” such as lynching, wearing blackface, and using racial slurs. 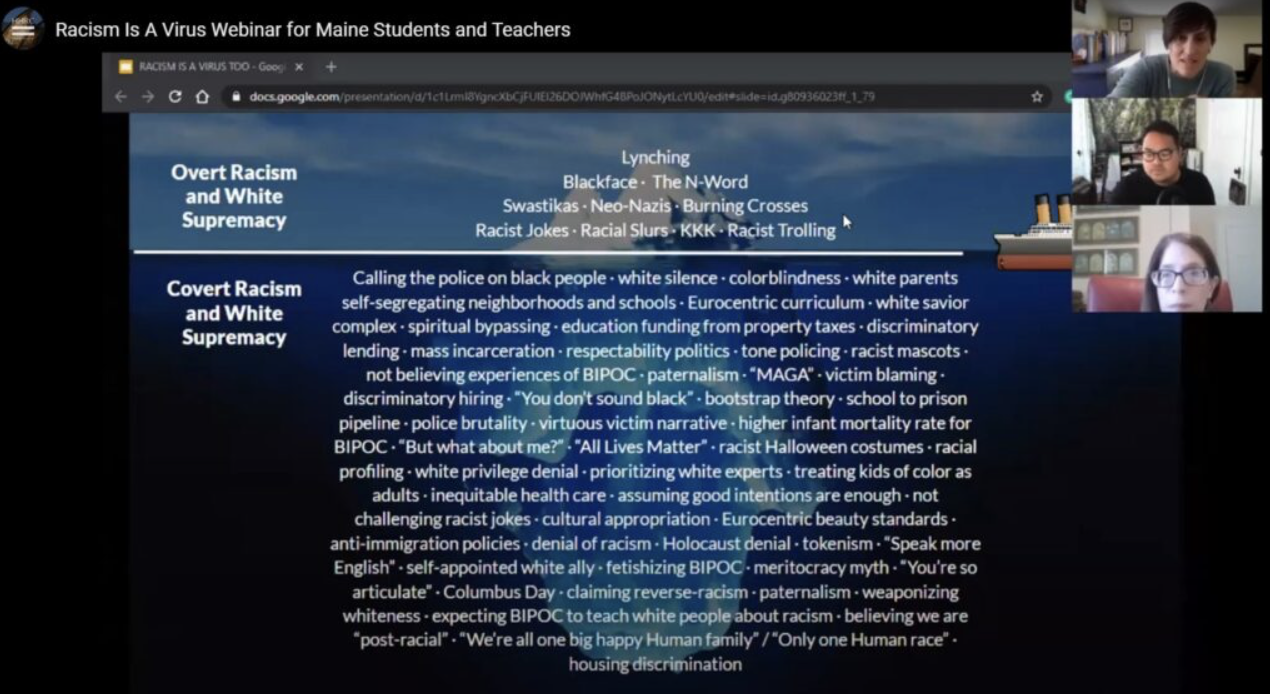 The presentation was created by the Holocaust and Human Rights Center of Maine, according to the presentation. A spokesperson for the Maine Department of Education told a local news outlet that the state had no part in creating the video.

“The Department of Education will continue to empower teachers, parents and elected school boards to make their own decisions and public education in Maine, despite attacks like these,” spokesman Marcus Mrowka told local news.

Mills made no plans to remove the lesson from the Maine Education Department’s website. Her office did not respond to the Daily Caller’s request for comment. (RELATED: Group Promoting Transgenderism For 2-Year-Olds Raked In More Than $250 Million In Taxpayer Funds)

Mills previously removed a sex education lesson that taught kindergartners about transgenderism, according to a report from the Washington Free Beacon. Both the transgenderism lesson for teens and the “covert racism” lesson for educators received funding through President Joe Biden’s $2 trillion American Rescue Plan, according to Breitbart.

The Maine Department of Education did not respond to the Daily Caller’s request for comment.