Rep. Cindy Axne admitted Sunday she went on an August vacation in France with her family despite the Iowa Democrat voting remotely while abroad through a COVID-19 policy on a key spending bill.

Axne sent a letter to the House clerk Aug. 12 delegating her in-person voting status that day to Democratic Virginia Rep. Jennifer Wexton. While Axne wrote in her letter that her “proxy” vote decision was “due to the ongoing public health emergency,” the congresswoman admitted in a Sunday interview that she was actually in France traveling with her family. (RELATED: Democratic Rep Cast Most Of His Votes By ‘Proxy’ While Spending Tens Of Thousands On Travel And Events)

The House approved a COVID-19 remote voting policy in May 2020 called “proxy” voting as “a necessary and immediately feasible-low tech option” for members who can’t be in the chamber. The bill Axne proxy voted on was the Democrat-led Inflation Reduction Act, a $740 billion green energy and healthcare spending package President Joe Biden signed into law Aug. 16.

Axne’s son notably posted a picture on Instagram Aug. 11 with the congresswoman and her husband that was captioned “France Pt. 1.,” Fox News reported. The image was removed from Instagram after the outlet reached out.

“Now, Senate finally got their act together, was able to pass something a year after we passed in the House, and then emergency vote was called,” Axne also said Sunday. “I was gone. I wanted to make sure that I voted so Iowans can have a voice because we need the Inflation Reduction Act for Iowans and we needed to make sure we have that vote.”

One ethics watchdog group told the Daily Caller News Foundation it is “gravely concerning” whenever a member of Congress “makes false statements” to both Congress and the public.

“This is a willful abuse of the system and dishonest,” said Kendra Arnold, executive director of the Foundation for Accountability and Civic Trust. “If a House Member is not present to vote due to a vacation it is not an option to submit false statements to the Clerk.” 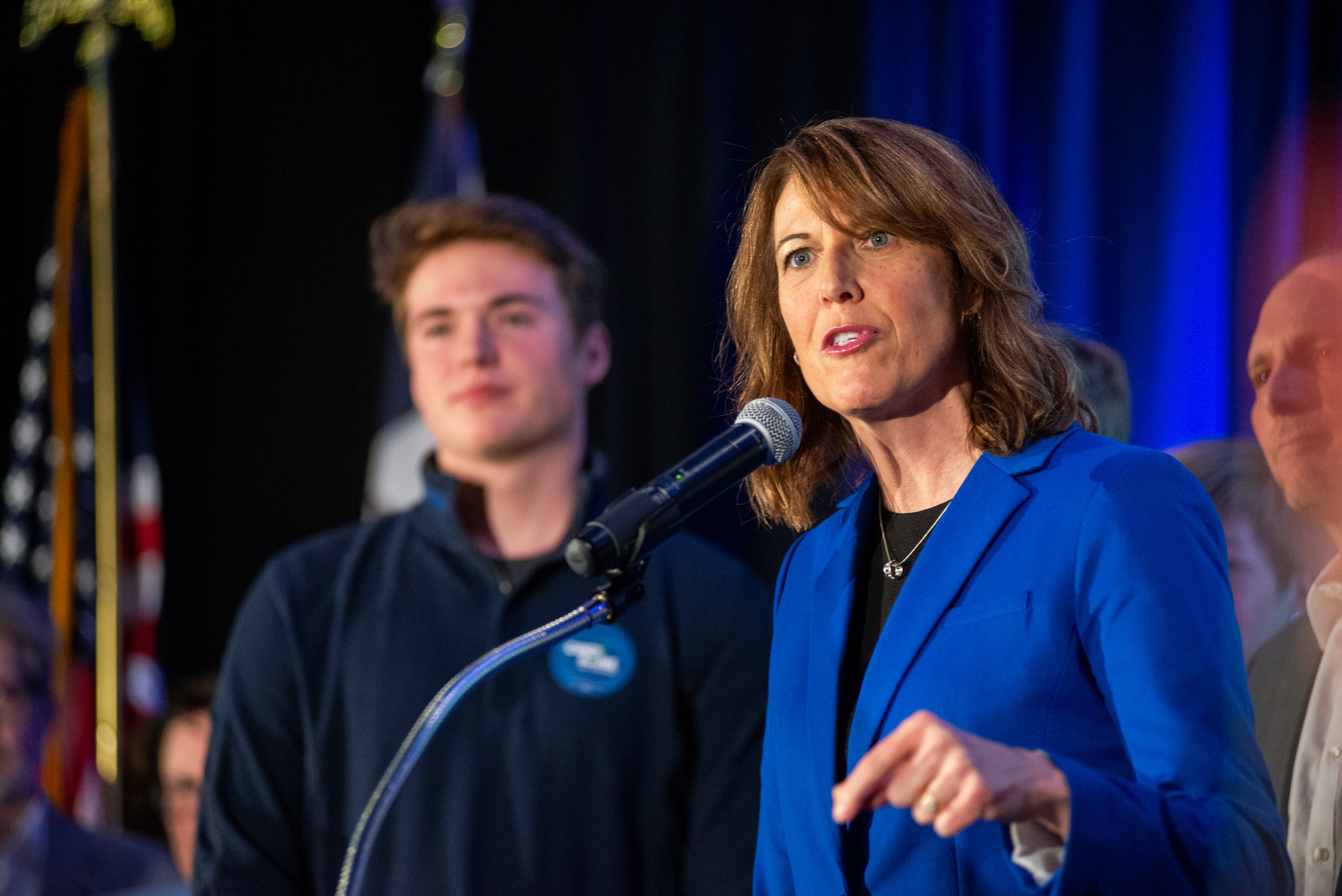 Republicans have criticized proxy voting as ripe for abuse.

On Friday, House Speaker Nancy Pelosi extended proxy voting until after Nov. 10. House GOP leaders vowed in their “Commitment to America” plan Thursday to end the policy should the GOP take a chamber majority in November.

Axne is facing off against Republican Zach Nunn, an Iowa state senator, to retain her seat in Iowa’s 3rd Congressional District. A Republican has not held office in the district since 2016.

Axne’s office did not respond to a request for comment.