Republican Rep. Stephanie Bice of Oklahoma and 14 other House Republicans are calling on the Department of The Interior (DOI) to follow the law and alleviate the nation’s energy crisis by conducting federal oil and gas lease sales.

Bice and the Republicans said that the Interior is disregarding the Mineral Leasing Act as the DOI’s Bureau of Land Management fails to hold auctions for oil and gas leases during every quarter of President Joe Biden’s term, according to a letter the representatives sent to Interior Secretary Deb Haaland. Federal lease sales are at their lowest level in nearly 80 years under Biden as the administration has consistently blocked sales to further its climate targets. (RELATED: Biden Admin Issues Fewest Oil And Gas Drilling Leases Since The 1940s: REPORT)

“We are in an energy crisis of their own making,” Bice told the Daily Caller News Foundation. “In their rush to pursue the Green New Deal, this administration is failing states while simultaneously spreading misinformation about the oil and gas industry.”

Biden placed a moratorium on issuing new oil and gas leases on Jan. 26 as part of a comprehensive effort to limit fossil fuel production on federal land and combat the “climate crisis.” Biden’s executive order stated that the suspension would stay in place “pending completion of a study and reconsideration of oil and gas permitting and leasing practices.” 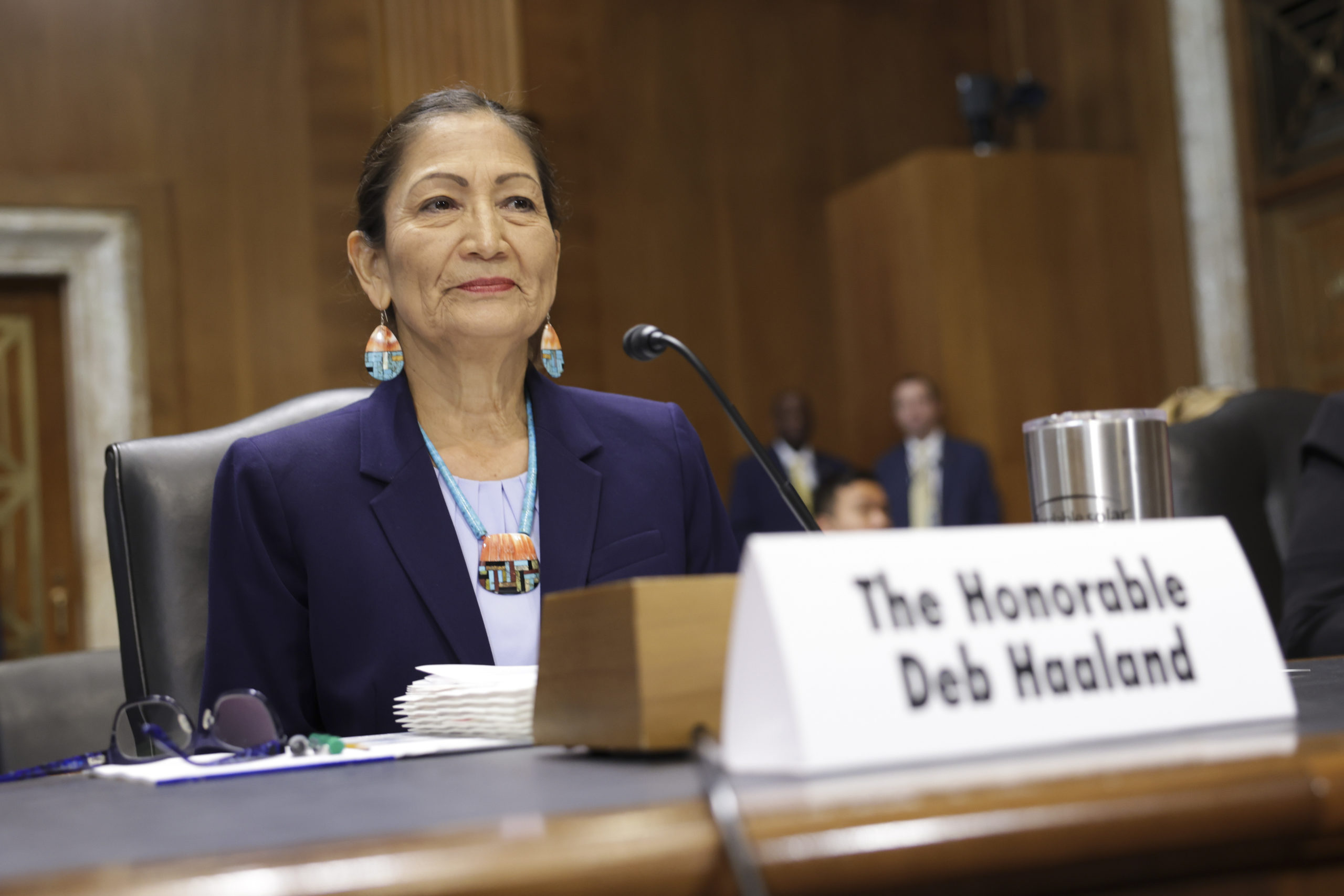 WASHINGTON, DC – MAY 19: U.S. Interior Secretary Deb Haaland testifies before the Senate Energy and Natural Resources Committee at the Dirksen Senate Office Building on May 19, 2022 in Washington, DC. (Photo by Kevin Dietsch/Getty Images)

After the DOI completed its review of leasing practices in November 2021, the Interior proposed its Outer Continental Shelf Oil and Gas Leasing Program in July and hinted that it could cancel future lease sales for the next five years. The Bureau of Ocean and Energy Management (BOEM) found in late August that cutbacks on offshore drilling auctions would increase energy costs, forcing the nation to rely on foreign oil.

Biden promised during his campaign to halt oil and gas drilling on federal lands as part of his aggressive climate agenda that seeks to achieve net-zero emissions economy-wide by 2050.

In September, the administration accepted 307 leasing bids, worth a total of nearly $190 million, as part of Lease Sale 257 in the Gulf of Mexico after a federal judge invalidated the original lease sale in February, according to a BOEM press release. The government was required to auction federal lands and waters for drilling, including one by the end of this year, in accordance with provisions in the Democrats’ $740 billion climate, tax and health care spending bill that Biden signed into law in August.