There are more than 130 gender, sexual orientation and pronoun options listed on the San Francisco’s Guaranteed Income For Transgender People (GIFT) program application.

Under the GIFT program, 55 San Francisco residents who earn less than $600 monthly and identify as one of the many genders listed will receive $1,200 per month. Aside from woman and man, some of the genders eligible for the money include “genderfuck,” “boi,” “sistergirls” and “butch.” (RELATED: TransTape, Chest Binders And Packers: The ‘Gender-Affirming’ Gear Public Schools Are Stocking Up On)

“The lengthy list of possible ‘gender identity’ and sexual orientation labels is an apparent attempt to be ‘inclusive,'” Mary Hasson, a fellow at the Ethics and Public Policy Center, which focuses on promoting the Catholic vision while responding to the challenges of gender ideology, told the Daily Caller News Foundation. “But it really exposes the meaninglessness of these labels – and of the concept of ‘gender identity’ itself. ‘Gender identity’ means nothing more than one’s ‘perception of self’ or identity feelings – it can be fluid, and can change at any time. Because ‘gender identity’ is a self-defined identity label, the list is actually under-inclusive – there’s an infinite list of possible labels, because each person can self-describe in novel terms, and invent their own meaning for the chosen label.”

Listed on the GIFT application as a gender identity, “genderfuck” is also considered a gender expression term, according to the University of Rhode Island Gender and Sexuality Center. “Genderfuck” is defined as an “expression that is intentionally fluid” and gives “no clear designation in terms of perceived gender.”

The term “boi” is for queer people of color usually describing “queer women who present with masculinity,” according to the Trans Student Educational Resources, a youth run organization focused on educating the transgender community. “Butch” is an identity related to masculinity, and while it is “a distinct gender identity and/or expression” the term “does not necessarily imply that one also identifies as a woman or not.”

Applicants for GIFT can also identify as “graygender,” a person who feels as if they have a gender, but are “only mildly interested in expressing it,” the Women’s Media Center reported.

“This pronoun insanity is out of control,” Jaimee Michell, the founder of Gays Against Groomers, told the DCNF. “What’s most disturbing about it is the increasing trend of asking children what theirs are. Adults can barely make sense of this nonsense, let alone children. It’s confusing and not based in reality. There are only 2 genders — male and female.” 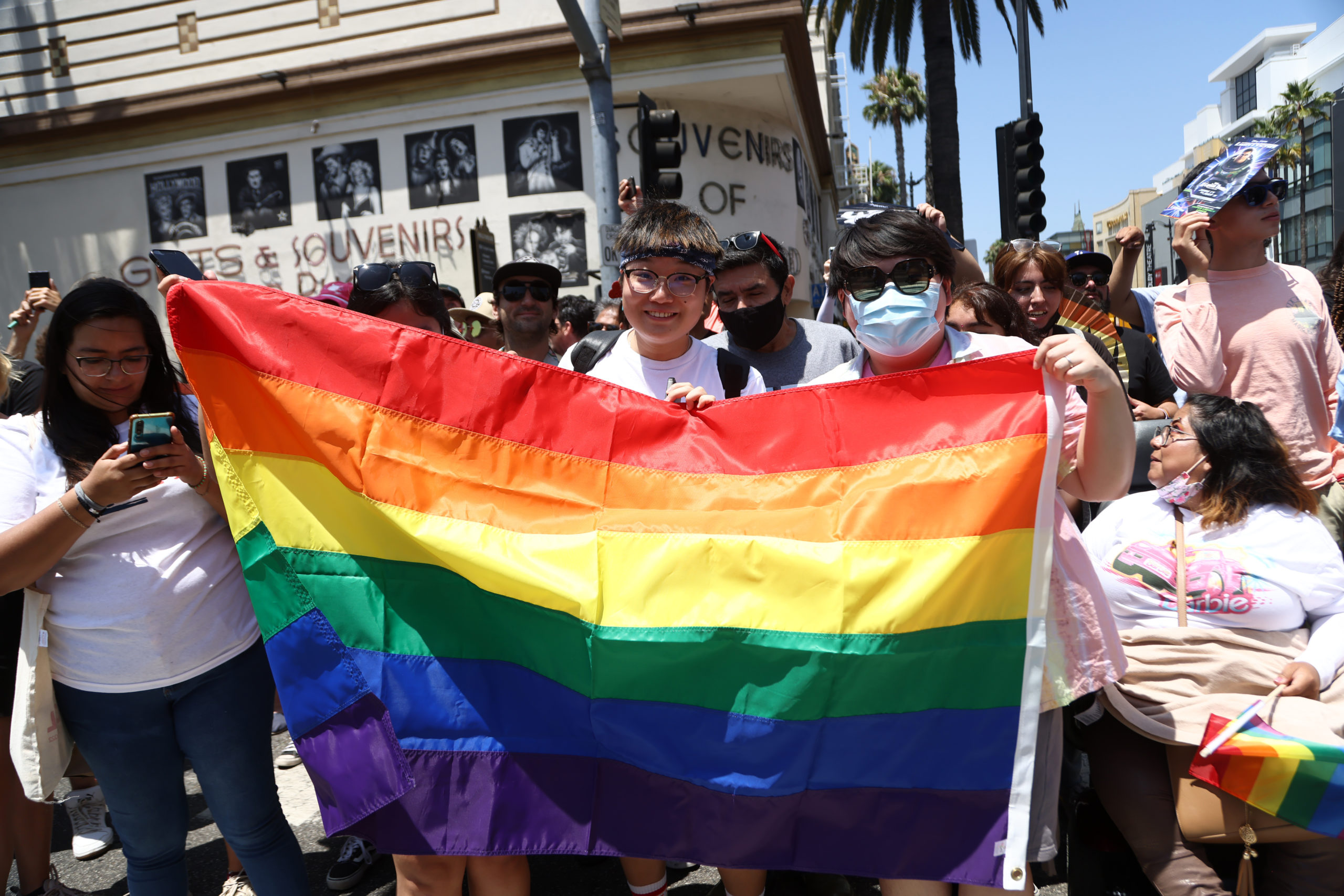 “Aggressive” or “AG” is used by African-American and “Latin@” people for “masculine of center lesbians,” according to the University of Florida’s multicultural and diversity affairs. People who identify as “aggressive” also can use the term “stud” which is listed on the program application.

Applicants can also chose to identify as “androgynous” which means an individual has both male and female characteristics but is neither neither specifically feminine nor masculine, the Merriam-Webster dictionary stated. “Neutrois,” another option available, is for individuals who feel “genderless” or “neutral” about their gender, LGBTQ Nation, an LGBTQ focused news outlet, wrote.

If applicants would rather not specify their gender identity, the application gives the options “questioning,” “I don’t use labels” and “declined.”

The program application also allows individuals to choose their sexual orientation; “faggot,” “gay,” “dyke” and “lesbian” are listed as options for applications. “Same-gender loving” is listed and is a term of “lesbian, gay or bisexual to express attraction to and love of people of the same gender” but not necessarily the same sex, according to the Center for Inclusion and Social Change at the University of Colorado – Boulder.

“Skoliosexual” is considered a sexual orientation and is defined as those who “only feel attraction toward people who are nonbinary,” the Medical News Today stated. “Aromantic” refers to a person who has little or no romantic attraction to others and is usually “satisfied with friendships and other non-romantic relationships,” according to Bloomington Pride, a group devoted to putting on LGBTQ events.

Several pronoun options are also available including “zie/zim/zers,” “xe/xem/xyrs” and “fae/faer/faers,” according to the program application.

“The lists merely pander to the community of people who identify under the ‘transgender’ umbrella,” Hasson told the DCNF. “The lists serve no other purpose – in fact, a person might apply under one identity label and declare a different one by the time the application is processed. Objectively, it’s all meaningless.”

GIFT organizers did not immediately respond to the DCNF’s request for comment.