A family filed a lawsuit Monday against an Iowa school district in Des Moines, alleging that a school principal assaulted their son.

Hiatt Middle School Principal Joseph Green allegedly screamed at Laquisha Fountain’s son on Nov. 16, grabbed him multiple times and dug his nails into the student’s skin, leaving bruises, according to the lawsuit obtained by the Daily Caller News Foundation. Green was put on leave on Nov. 16 and Des Moines police have opened an investigation into an assault at the school, KCCI News reported. (RELATED: Nevada Teacher Arrested For Sexually Assaulting Student, Who Says It Happened ‘Everyday’)

“The family is troubled by the conduct of the school and principal,” Ben Lynch, the attorney representing Fountain, told the DCNF. “They have contacted me to seek justice and hold all relevant parties accountable.”

The school did not disclose Green’s reason for administrative leave and the police department did not specify who they are investigating in relation to the assault, KCCI News reported.

“He tells me sometimes that it plays over and over in his head and he can’t stop thinking about it,” Fountain told KCCI News. 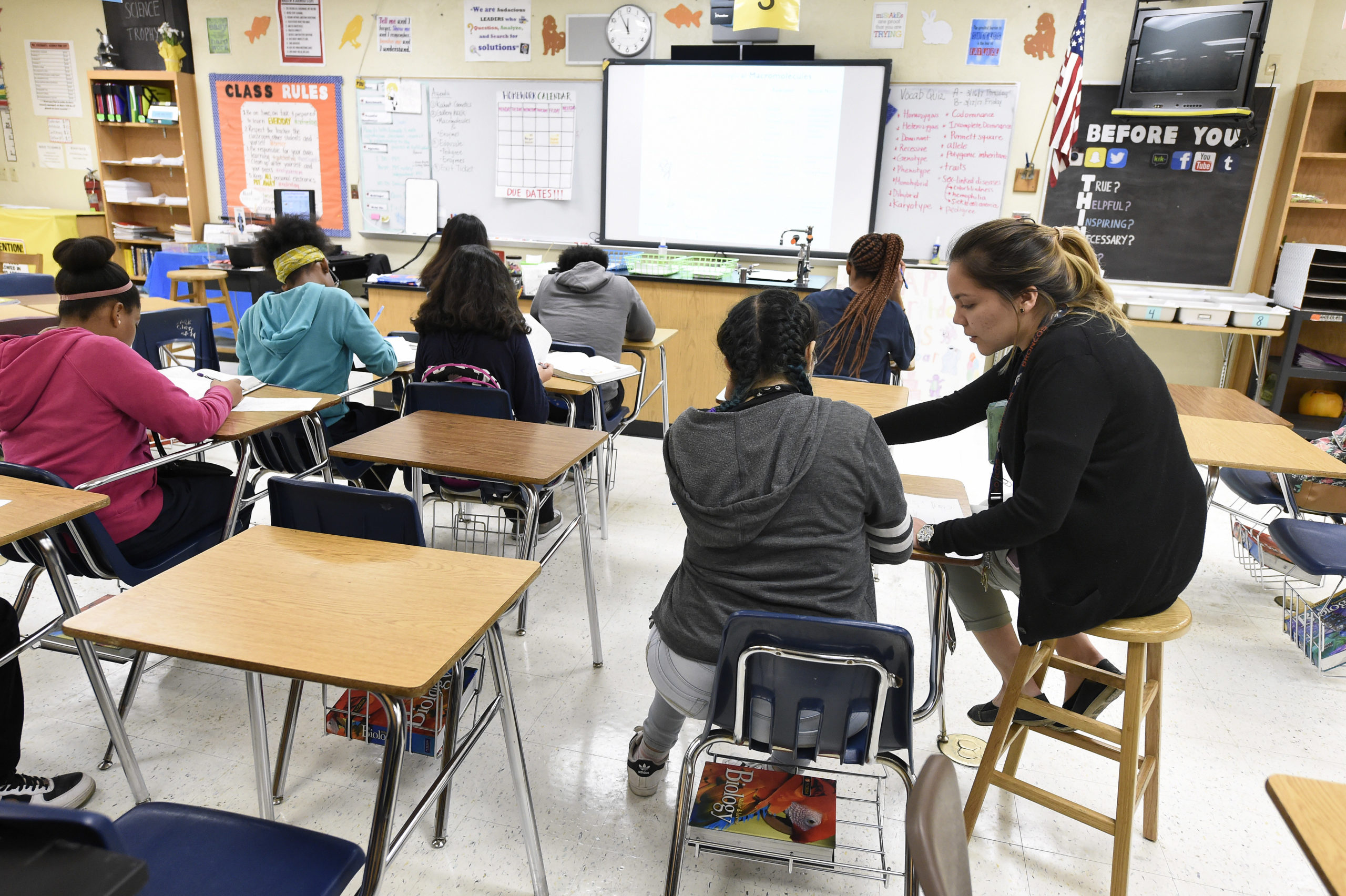 Science teacher Virginia Escobar-Cheng works with her students in a science class in a high school in Homestead, Florida, on March 10, 2017.
Texas state legislators are now considering a bill introduced in February that would offer teachers like Garlington some legal protection, by giving them latitude to present science “that may cause controversy” as a debatable theory. (Photo credit should read RHONA WISE/AFP via Getty Images)

The assault was allegedly caught on camera and since the assault, Fountain’s son has moved to remote learning because he does not feel comfortable at the school, KCCI News reported.

“The principal is actually supposed to be there to protect the students,” Fountain told the outlet. “So, for this to actually be the principal, I don’t even want my son to step foot into another public school.”

Des Moines School District, the Des Moines Police Department did not immediately respond to the DCNF’s request for comment.