The Senate passed the Respect for Marriage Act on Tuesday, with 12 Republicans joining all 50 Democrats in supporting the legislation.

The legislation, negotiated in the Senate by Maine Republican Susan Collins and Democrats Tammy Baldwin of Wisconsin and Dianne Feinstein of California, will go back to the House of Representatives. There, it is likely to pass. The lower chamber approved the legislation in July, with 47 Republicans joining all 220 Democrats in support. If signed into law, the Respect for Marriage Act would affirm that states must recognize same-sex marriages performed in other states, in accordance with the Constitution’s Full Faith and Credit Clause.

Democrats began pushing for the legislation in the aftermath of the Supreme Court’s Dobbs decision. Although Justice Samuel Alito made clear in his majority opinion that the Court is not considering reversing its same-sex marriage ruling, Justice Clarence Thomas called on the Court to do so in a concurrence. (RELATED: GOP Members Sign Letter In Support Of Law To Codify Gay Marriage) 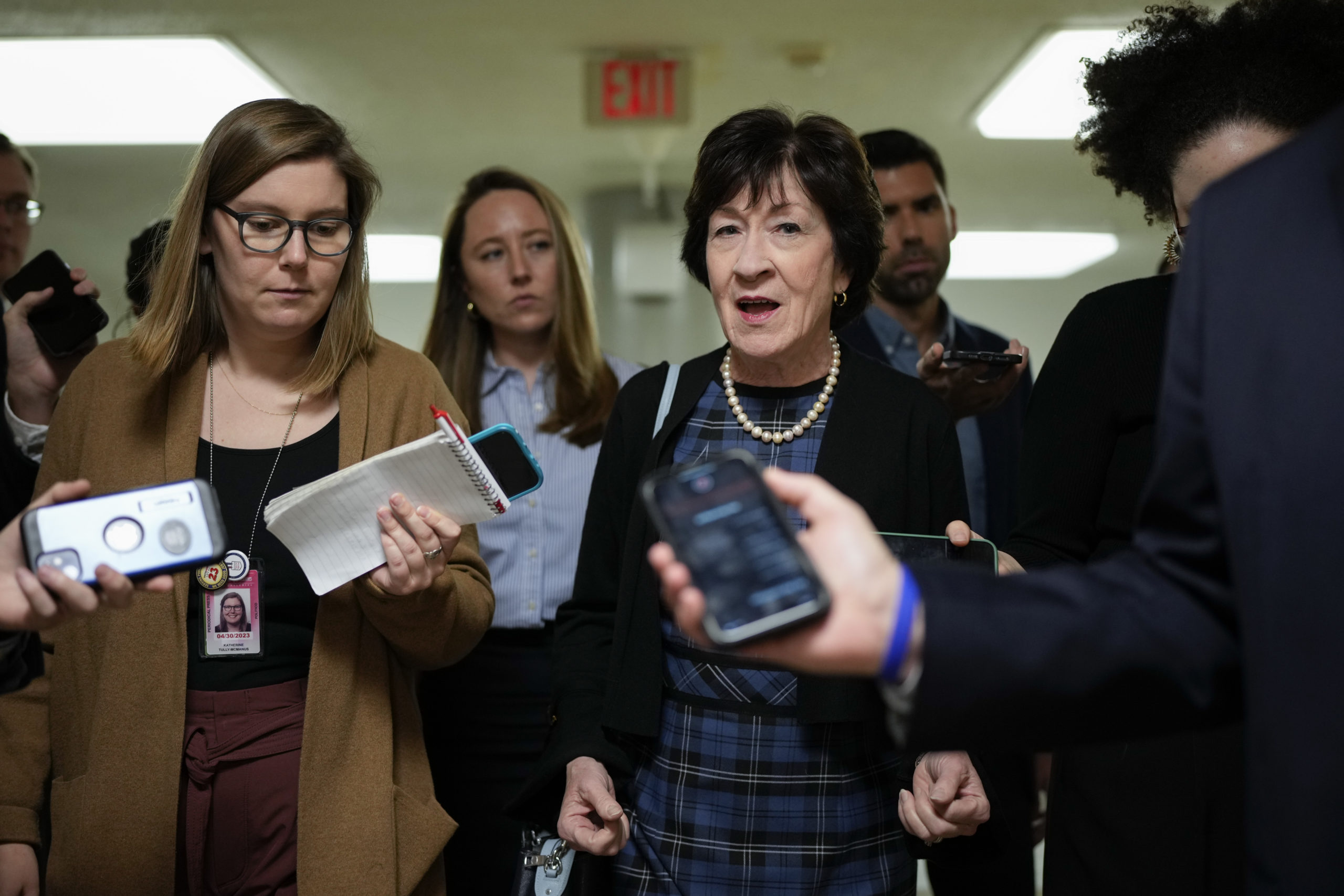 WASHINGTON, DC – NOVEMBER 28: Sen. Susan Collins (R-ME) talks to reporters in the Senate subway on her way to a procedural vote on the Respect For Marriage Act, on which she was the lead Republican sponsor, at the U.S. Capitol on November 28, 2022 in Washington, DC. (Photo by Drew Angerer/Getty Images)

Some conservatives have argued that the legislation does not do enough to protect religious liberty for individuals and groups that maintain that marriage may only be between one man and one woman. Heritage Foundation Vice President of Domestic Policy Roger Severino told the Daily Caller that a religious liberty amendment negotiated by Collins and Baldwin is “not enough.” The amendment declares that the legislation may not be used to “diminish or abrogate a religious liberty or conscience protection otherwise available to an individual or organization under the Constitution of the United States or Federal law.”

“They acknowledge that the threats to religious liberty are real,” Severino said. “By saying we’re not going to take away religious freedom protections, that does nothing.”

Severino pointed to the 1983 case Bob Jones University v. U.S., in which the Supreme Court ruled that the Internal Revenue Service (IRS) could revoke a segregated university’s tax-exempt status based off of the agency’s reading of the Civil Rights Act. He argued that the Baldwin-Collins amendment would not prevent such a move for organizations that refuse to recognize same-sex marriage.

“Giving it the most generous interpretation, it’s not enough. It doesn’t provide the defenses needed. This bill will set a chain of events in motion, and this construction won’t stop it,” Severino said. “Unless there’s an affirmative defense, it will not prevent the IRS or DOJ from taking away tax-exempt status.”

Instead, Severino favors an amendment offered by Republican Utah Sen. Mike Lee. The Lee amendment prohibits the federal government from “tak[ing] any discriminatory action against a person, wholly or partially on the basis that such person speaks, or acts, in accordance with a sincerely held religious belief, or moral conviction, that marriage is or should be recognized as a union of one man and one woman.” The amendment also creates a private right of action for individuals and organizations who face sanctions.

“Nowhere in [the Collins-Baldwin amendment] is a statement prohibiting the federal government from taking adverse action against an individual or an entity based on a sincere religious belief interest same-sex marriage, whether that religious belief is one that embraces or does not embrace same-sex marriage. It does not do that. It instead says that nothing in this act shall be construed to alter or deny any status or benefit of any group. Those are two very different things. That language does not do what my amendment does. You see, the threat is not and never was based on what the act itself would do,” Lee said Tuesday in a floor speech outlining his opposition.

I’ll be speaking on the Senate floor today to encourage my colleagues to vote for my amendment to the Respect for Marriage Act. Without the protections provided in my amendment, it will be open season on the rights of the faithful. https://t.co/HV6mnCke4A

Other conservative and religious groups support the Collins-Baldwin amendment. The Church of Jesus Christ of Latter-day Saints said in a statement that it is “grateful for the continuing efforts of those who work to ensure the Respect for Marriage Act includes appropriate religious freedom protections.”

Southern Methodist University law school professor Dale Carpenter concurs with Lee that the Respect for Marriage Act does not constitute a threat to religious liberty in and of itself. However, he disagrees that action further than the Collins-Baldwin amendment is needed. (RELATED: Republican Support For Gay Marriage Surpasses 50% For First Time Ever, Poll Finds)

“The Respect for Marriage act applies only to those acting under color of state law. That is, government and government officials,” he told the Daily Caller. “Even without the Collins-Baldwin amendment, this is not a bill that applies at all to charitable and religious organizations. The Collins-Baldwin amendment adopts a belt-and-suspenders approach to give assurance to these religious groups that they aren’t affected.”

“I don’t know how” the slippery slope situation outlined by opponents could happen, “unless a future court just ignores the purpose of this bill. Any court can ignore the law, but you can only write legislation to prevent the things that they want to prevent,” Carpenter added.

“There’s a very important principle that neither side has previously addressed. Republicans are acknowledging that married gay couple are here to stay, and their families need to be protected. Equally important, Democrats in the Senate and soon in the House are now going to be on the record as supporting important religious freedom protections for organizations, churches, including on the issue of tax exemptions and services.”