During his time as West Virginia State Treasurer, Moore prioritized combating environmental, social and corporate governance (ESG) standards used by large asset managers and banks that diverted capital away from fossil fuels. Now as a candidate for Congress in 2024, Moore plans to push back against these investing strategies through national legislation if he is elected.

Moore has banned five major banks from doing business with West Virginia, claiming that the banks were boycotting fossil fuel companies in order to advance a green agenda, and formed a 15-state coalition, which represents over $600 billion in assets, that vowed to stop dealing with banks that impose “boycotts” on oil, gas and coal producers. Moore told the Daily Caller News Foundation that Congress needs to create safeguards to better protect Americans and the economy from the ESG investing policies of large financial institutions like BlackRock and Vanguard. (RELATED: West Virginia Treasurer Riley Moore Announces Run For Congress To Fight ‘Woke Corporate Activism’)

“In Congress, frankly, there hasn’t been a concentrated effort to go after ESG,” Moore said. “This will completely remake the U.S. economy if we don’t stop it, and it could end up destroying free market capitalism in the United States.”

Moore said that he would use the 1974 Employee Retirement Income Security Act (ERISA) to ensure that private pension managers solely prioritize maximizing returns for their clients. ERISA regulates private pension funds to protect employees and establishes standards of conduct for both employers and investment managers to ensure that they exclusively work to maximize financial return for pensioners.

In August, 19 Republican attorneys general accused money manager BlackRock, which holds nearly $8 trillion in assets, of using its control of state pension funds to pressure companies into adopting the firms’ climate initiatives, which allegedly may have violated the firm’s fiduciary duty to its clients.

Moore told the DCNF that Congressional authority would be needed to prevent rating agencies like S&P Global from giving ESG scores to states, which affect states’ bond ratings and in turn their ability to borrow money for development projects. Although such ratings affect local governments, State Treasurers do not have the authority to stop rating agencies from using ESG scores to affect a state’s bond rating.

“We are literally in an economic extortion situation where if we don’t comply with S&P Global and their political objectives as it relates to ESG, it’s going to cost us more money to build roads, schools and hospitals,” Moore said. 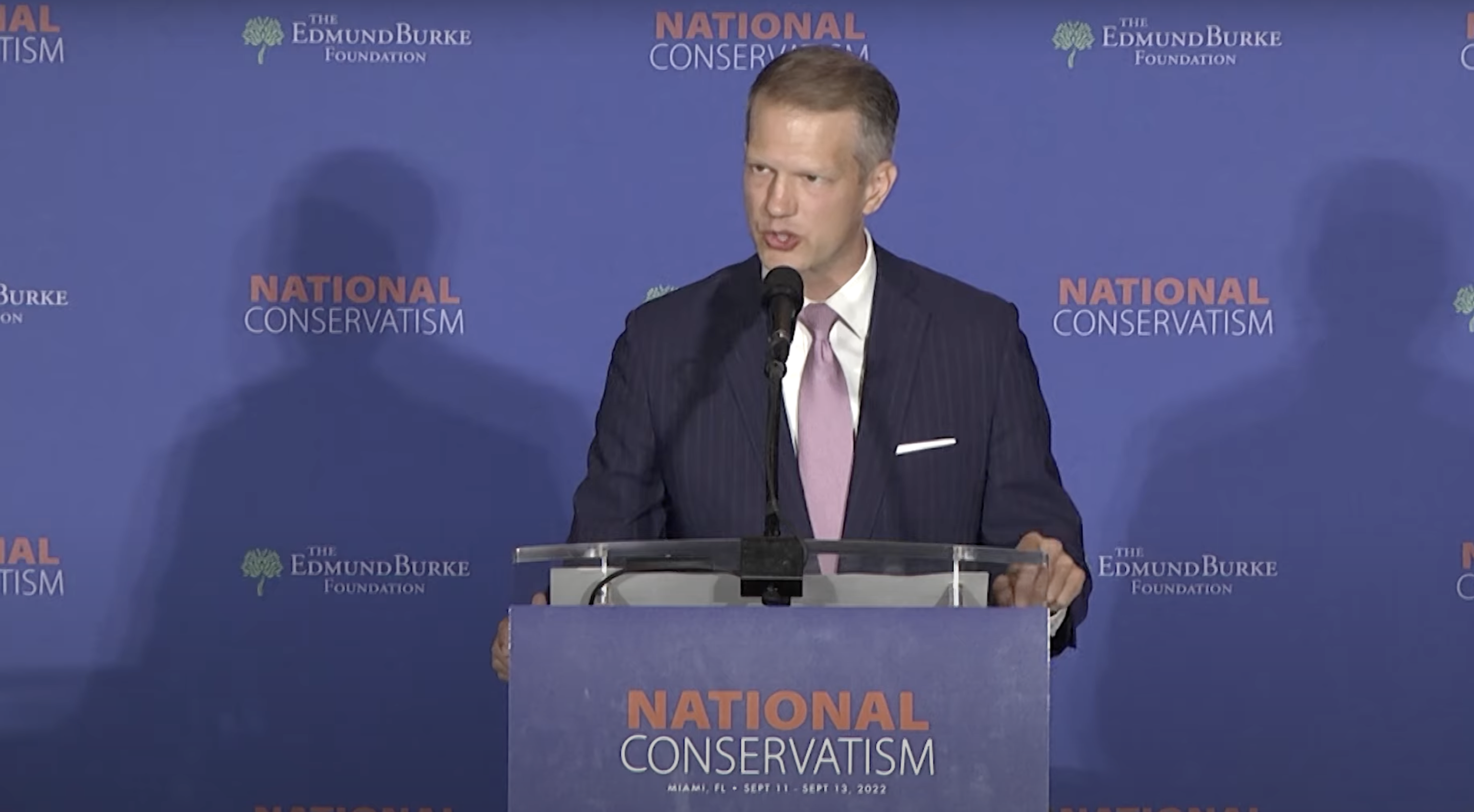 Moore added that financial institutions’ use of “proxy voting” needs to be investigated by Congress as it potentially violates firms’ fiduciary duty to shareholders as well as federal antitrust laws. He noted that asset managers often have greater control over the direction of companies due to a larger share of voting power as shareholders who enlist firms to manage their funds cede their votes to them.

“Their power comes from their voting power and the votes that they accumulate from the assets they manage, that’s how they’re able to change some board decisions as it relates to oil production at ExxonMobil or other energy companies,” Moore stated. “You’ve got to address this proxy voting issue because we’ve ceded over a lot of our voice and vote to these massive asset managers.”

Millions of shareholders invest in collections of ESG exchange-traded funds that are managed by financial institutions that can rack up proxy votes and use them to dictate high-level decisions within private companies, according to Moore. Moore also pointed out that two proxy advisors, which advise asset managers on voting proposals, Institutional Shareholder Services and Glass Lewis, account for nearly all proxy advising services, creating a duopoly and raising antitrust concerns.

“We need to focus on it because ESG investing has caused energy prices to go up … they have created artificial scarcity within the market,” Moore said.