Males between the ages of 14 and 70 are consuming too much protein in the form of meats, poultry and eggs, according to dietary guidelines released by the Department of Health and Human Services and the U.S. Department of Agriculture Thursday.

Boys between 14 and 18 consume 52 grams of protein a day, the report says, while men over the age of 19 consume 56 grams — well over the recommended levels. 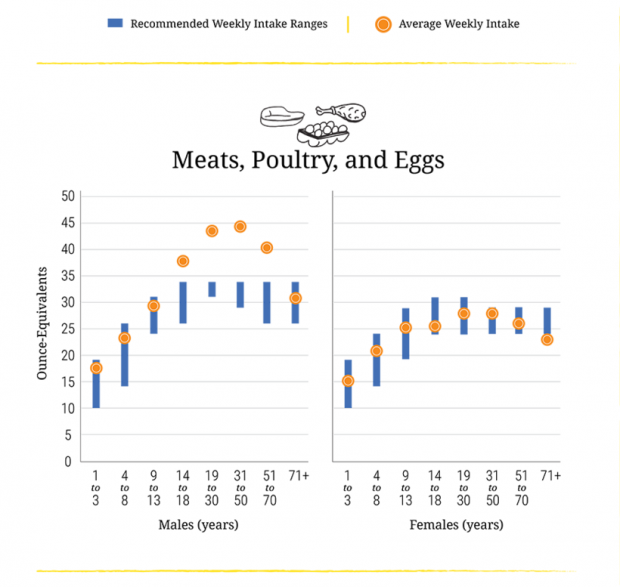 In addition to saying most men are eating too much protein, the report says men are consuming it in the wrong way. The government advises men to lay off the bacon, and start eating more fish. 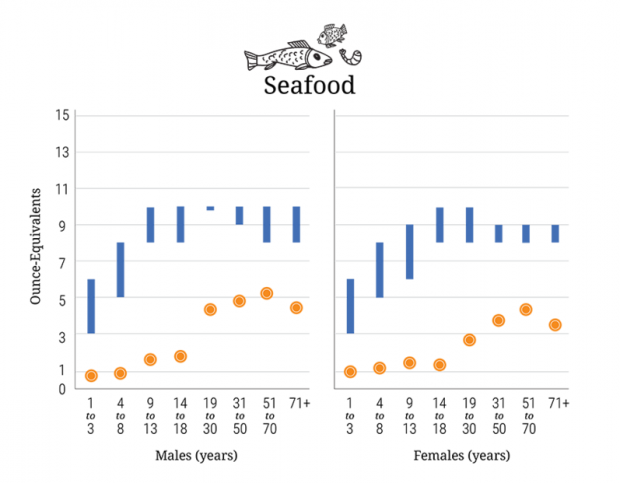 “Shifts are needed within the protein foods group to increase seafood intake, but the foods to be replaced depend on the individual’s current intake from the other protein subgroups,” the report says. “Strategies to increase the variety of protein foods include incorporating seafood as the protein foods choice in meals twice per week in place of meat, poultry, or eggs, and using legumes or nuts and seeds in mixed dishes instead of some meat or poultry.”

In lieu of steaks, the government suggests men eat a few meals a week that include salmon steak or bean chili, or a salad with almonds.

Women and boys under the age of 14 are, on average, meeting the daily protein recommendations, although they were falling below the weekly suggested seafood range. Both genders were encouraged to cut back on their sugar intake, with the report recommending added sugars be cut back from the populations average of 13 percent to 10 percent of their daily caloric intake.