America faces the highest terror threat environment from Islamists since 9/11, according to a terror snapshot released by House Homeland Security Committee Chairman [crscore]Michael McCaul[/crscore] on Monday.

Since ISIS was created, there have been 21 ISIS-linked plots to launch attacks. Law enforcement officials have arrested 81 ISIS-linked suspects, including six thus far in 2016, the committee noted. 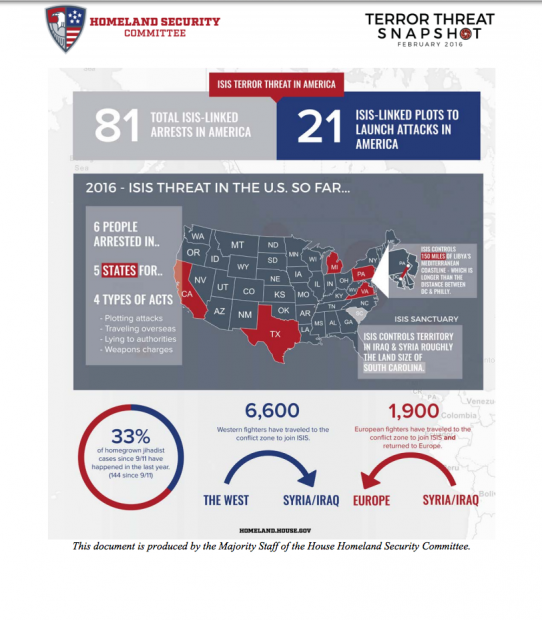 “ISIS recruits wage war in our communities, while thousands of deadly fighters trained in Syria stream back into the West – some of them infiltrating massive refugee flows,” McCaul said in a statement.

[dcquiz] Additionally, the Obama administration has sped up the release of Guantanamo Bay detainees despite the intelligence community’s assessment that 30 percent of those released have returned or suspected to have returned to fight with terrorist organizations.

It is currently against the law to transfer Guantanamo detainees to the United States. A reversal of the law, the committee says, would “pose a threat to the American people.”