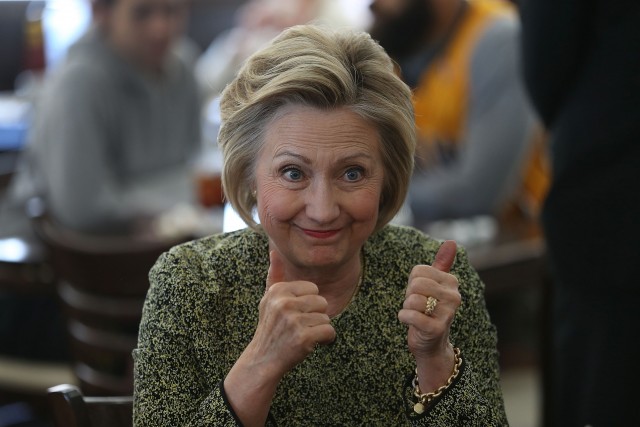 During an interview with Ellen DeGeneres Wednesday, the Democratic candidate was asked what she thinks about the singer’s new album — which is riddled with references to her husband Jay Z’s alleged affair.

“Hey, will someone let me know if it’s safe for me to listen to #LEMONADE?” Lewinsky tweeted. “#Sarcasmfilter.”

It wasn’t the first time Lewinsky has commented on Beyonce’s music. In 2014, Lewinsky corrected Beyonce after she sang about her in her album “Beyonce.”

In “Partition,” Beyonce sings, “He popped all my buttons, and he ripped my blouse/He Monica Lewinsky-ed all on my gown.” (RELATED: Hillary Clinton Tells Black Radio Host She Carries Hot Sauce In Her Purse)

“Thanks, Beyoncé,” Lewinsky said during an interview with Vanity Fair. “But if we’re verbing, I think you meant ‘Bill Clinton’d all on my gown,’ not ‘Monica Lewinsky’d.'”