Celebrities were outraged when they learned about the latest police shooting. 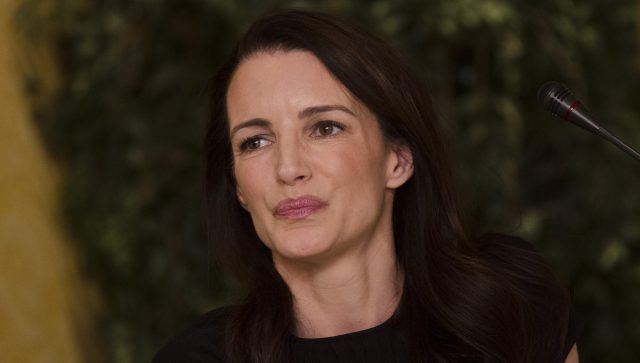 Philando Castile, 32, was shot by a police officer during a traffic stop in Minnesota Wednesday night. Many people found out about what happened because his girlfriend — who was in the passenger seat — livestreamed the aftermath on Facebook Live. Castile later died at a Minneapolis hospital.

Many of Hollywood’s biggest stars took to Twitter to express their anger. (RELATED: Lena Dunham: ‘White Men’ Can’t Understand What It’s Like To Be ‘Under Attack’)

This is not acceptable. One more life taken. One more family heartbroken. Another fatherless child. Accountability. #PhilandoCastile

#PhilandoCastile was next. That was fast. He COMPLIED AND DIED.

So many people work so hard to find a reason why executing a human being during a routine traffic stop is ok. IT'S NOT OK

We have fucking video proof and some of you still are all "well, uh, he shouldn't have moved his left leg so provocatively".

We should not have to jump through hoops to prove black people shouldn't be shot by police during routine traffic stops.

This BS has been going on forever!!! WE ARE NOT MAKING THIS SHIT UP. OPEN YOUR EYES AND YOUR… https://t.co/0ALTazBJtu

We're begging you. Stop killing us.

As the mother of an African-American child I have to stand up for justice for our children. This must STOP #PhilandoCastile #AltonSterling

1. Alton Sterling was killed because we refuse to acknowledge the fact that our police forces protect selectively and harm enormously.

2. The job of white Americans now is to change.