PHILADELPHIA — The stage here at the Democratic National Convention now has eight American flags adorning it — eight more than it had on Monday.

American flags were remarkably absent from the stage for the first day’s festivities inside the Wells Fargo Center.

American flags were notably absent on day one of the Democratic National Convention. (Photo by Alex Wong/Getty Images)

At 10:33 a.m. Tuesday morning, a voice over the P.A. system announced, “Scenic flags are coming on stage to a permanent home.” 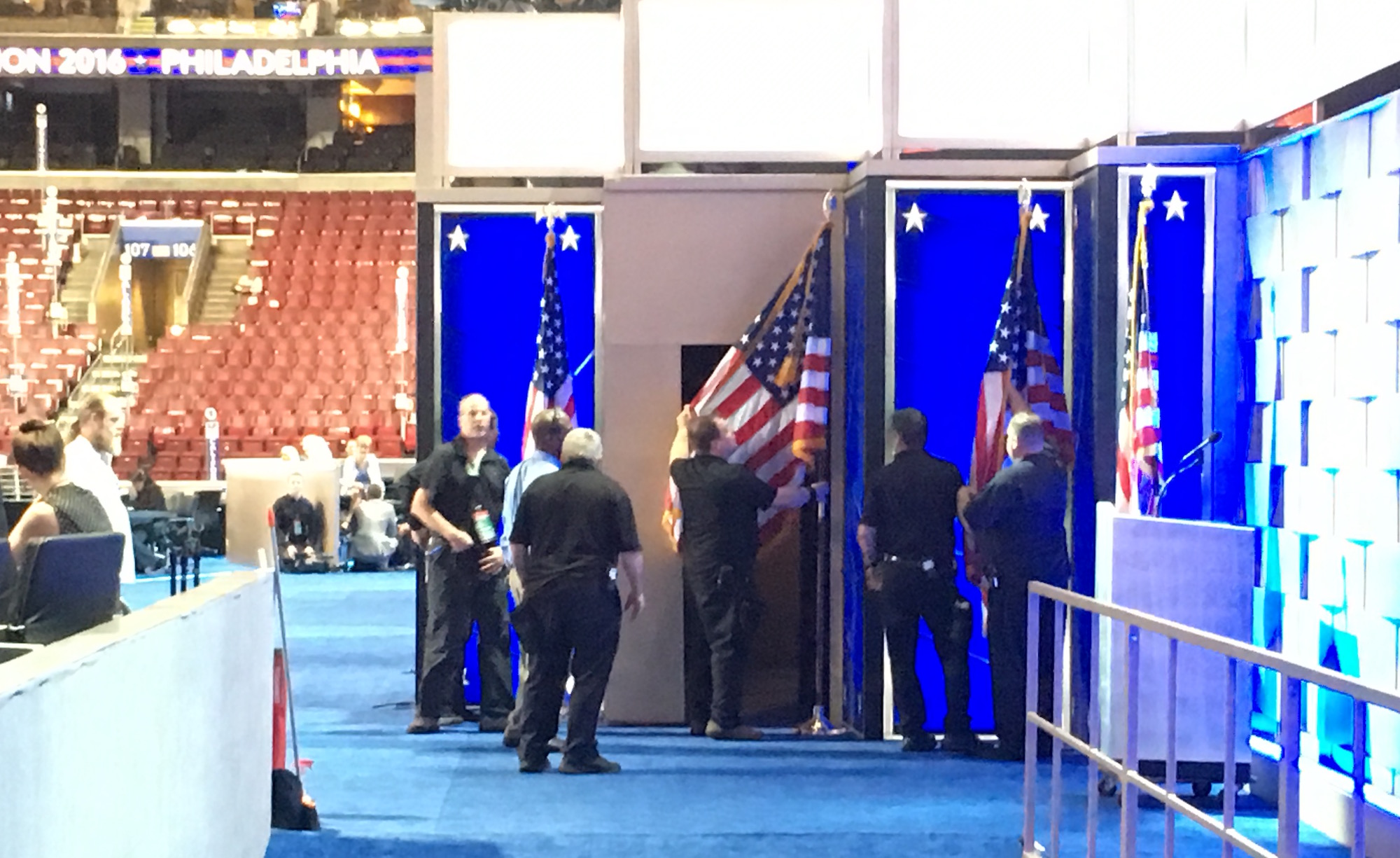 A group of workers quickly brought the Old Glories out and arranged them on both sides of the main stage. 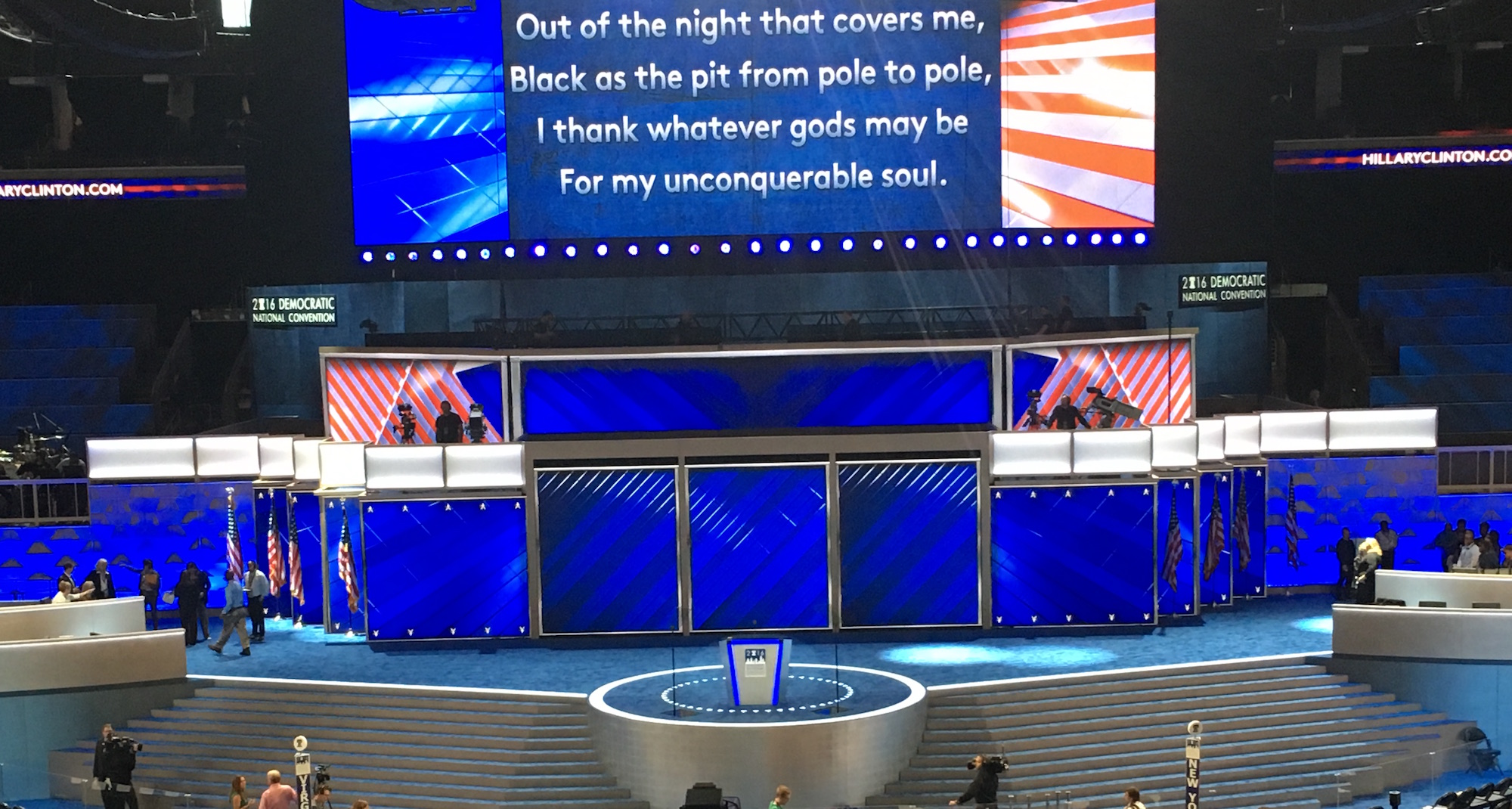