Tim Kaine told the crowd at the Democratic National Convention that he trusts Hillary Clinton. 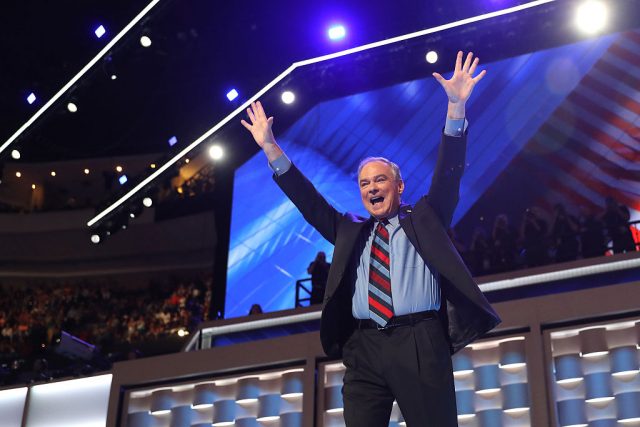 As the 58-year-old accepted the nomination for vice president, he sharpened his attacks on Donald Trump. (RELATED: Melania Takes A Shot At Hillary: ‘My Husband Will Never Be Bought’)

“For my friend Hillary Clinton, I humbly accept my party’s nomination to be vice president of the United States,” Kaine said. “Can I be honest with you about something? I never expected to be here.”

“I was born in Minnesota and grew up in Kansas City. My folks weren’t much into politics. My dad ran a union ironworking shop and my mom was his best salesman. My parents, Al and Kathy, here tonight and going strong — they taught me about hard work, and about kindness, and, most especially, faith.”

Kaine’s son Nat is an active-duty Marine who deployed earlier this week.

“Here’s the thing. Most people, when they run for president, they don’t just say ‘believe me. They respect you enough to tell you how they will get things done.” 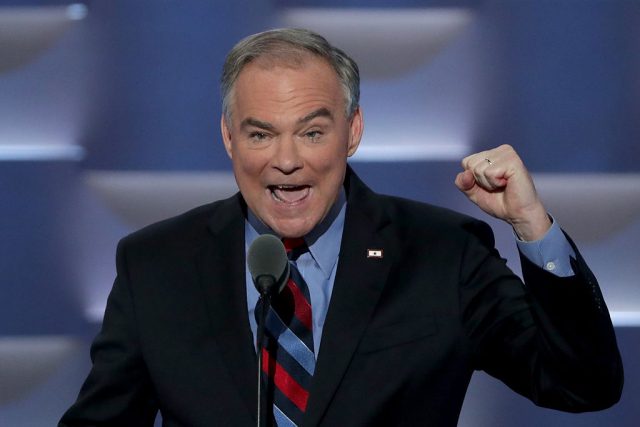 “When I lived in Honduras, I learned that the best compliment you could give someone was to say they were ‘listo’ — ready,” he said. “Because what ‘listo’ means in Spanish is this: it means prepared, it means battle-tested, it means rock-solid, up for anything, never backing down. And friends, Hillary Clinton, she’s ‘lista.’ Hillary Clinton is lista.”