Roughly 15 years after leftist Hugo Chavez brought perpetual Bolivarian socialist revolution to resource-rich Venezuela, the country is in the midst of a total economic collapse.

Runaway inflation — currently the highest on earth — and acute shortages of food, medicine and all kinds of goods including toilet paper plague the South American nation. Weeks-long power outages are a norm, particularly in rural areas. Even gasoline is scarce, despite the fact that Venezuela boasts the largest proven oil reserves on planet Earth.

It’s a fabulous time, then, to look back on that day in March 2013 when Salon published a hymn of praise to “Hugo Chavez’s economic miracle.”

The author of the fawning, 1,065-word valentine to Chavez is David Sirota, a leftist political hack who once served as a spokesman for Bernie Sanders.

“Chavez became the bugaboo of American politics because his full-throated advocacy of socialism and redistributionism at once represented a fundamental critique of neoliberal economics, and also delivered some indisputably positive results,” Sirota hilariously proclaimed 1,257 days ago. “Indeed, as shown by some of the most significant indicators, Chavez racked up an economic record that a legacy-obsessed American president could only dream of achieving.” 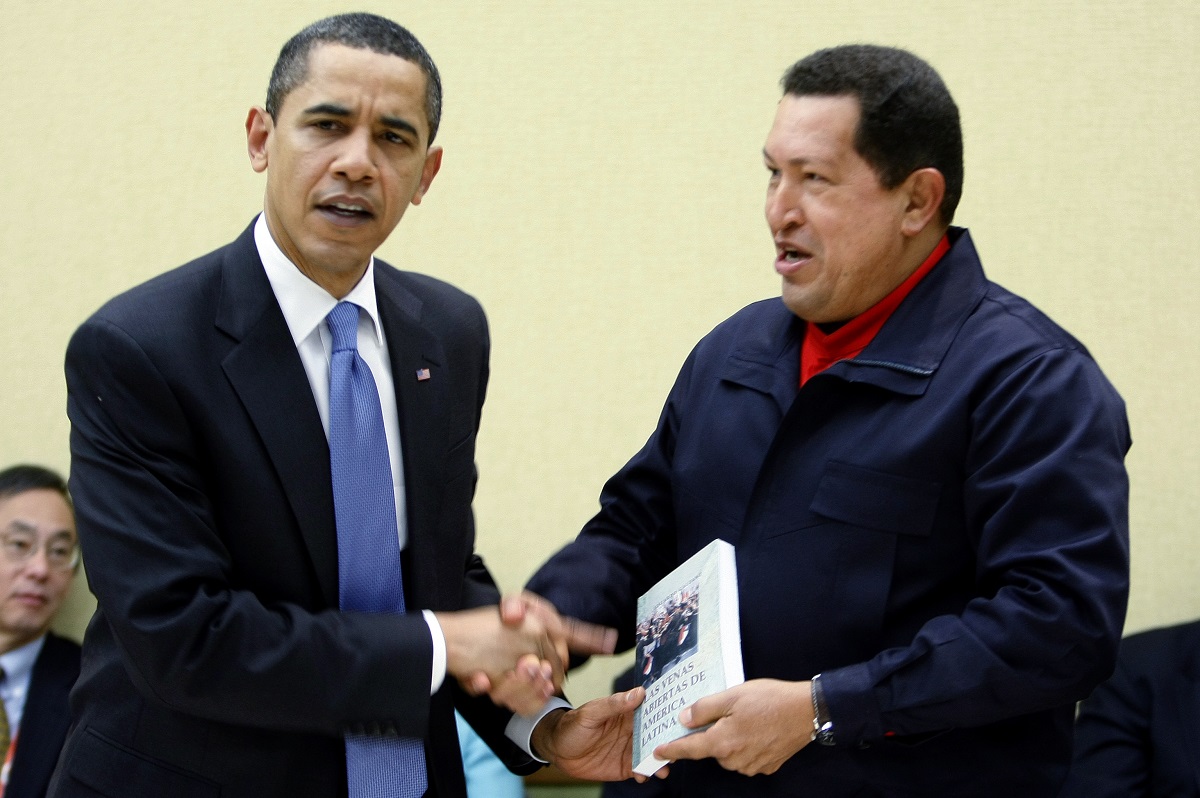 “Chavez’s first decade in office saw Venezuelan GDP more than double and both infant mortality and unemployment almost halved,” Sirota swore. Also, he droned on, presumably with a straight face, “under Chavez’s brand of socialism, poverty in Venezuela plummeted.”

“When a country goes socialist and it craters, it is laughed off as a harmless and forgettable cautionary tale about the perils of command economics,” Sirota then explained. “When, by contrast, a country goes socialist and its economy does what Venezuela’s did, it is not perceived to be a laughing matter — and it is not so easy to write off or to ignore. It suddenly looks like a threat to the corporate capitalism, especially when said country has valuable oil resources that global powerhouses like the United States rely on.”

Sirota asked, in a kind of world-historically poetic, Platonic irony, if “there any lessons to be learned from Venezuela’s decision” to “pursue full-on nationalization,” “from Venezuela’s policies that so rapidly reduced poverty” and from “Chavez’s grand experiment with more aggressive redistribution.”

Since Salon published Sirota’s essay, reports trickling out of Venezuela have been uniformly horrible. The “lessons to be learned” from Chavez’s “full-on nationalization” and “aggressive redistribution” are — without question — that only morons seeking to turn their country into an economic basket case full of human misery would dare try them.

Officially, the government will still pay these workers their old work salaries, creating a system comparable to medieval serfdom. But with Venezuela in the grip of hyperinflation, it’s not clear what these workers will be able to buy with the quickly diminishing actual value of their salaries.

The socialist country’s currency, the bolivar, has grown increasingly worthless. The weakened currency would present difficulties even in a free and open market. However, the dilemma facing Venezuela’s business sector is significantly complicated because the leftist government strictly controls access to the dollars necessary to import commodities.

Children in Venezuela have missed 40 percent of class time this year, on average. About 25 percent of students in the socialist country have missed school because they are hungry. (RELATED: Socialist Venezuela Sucks So Bad That 40 Percent Of Teachers Routinely Skip School TO WAIT FOR FOOD)

Before he died, Chávez had spoken boldly about improving education for Venezuela’s 7 million public school students. He promised millions of free laptop computers.

In May, Venezuela was set to run out of beer. Maduro responded by accusing Empresas Polar, the nation’s main beer supplier, of conspiring against the Venezuelan government and the country’s 30 million people. Maduro called the company’s closure “a serious crime.” He also threatened to seize the company. (RELATED: Socialist Venezuela Sucks So Bad It Has Run Out Of BEER)

Chávez, the socialist leader who brought socialism to Venezuela, was born into a working-class family and espoused Marxist-Leninist socialism yet managed to leave his daughter with a $4.2 billion fortune.