CNN contributor Ana Navarro and Helen Aguirre Ferre, the RNC’s Director of Hispanic Communications, got into a heated exchange during Monday’s broadcast of “Legal View” on CNN.

Navarro noted that Trump’s alleged softening stance on immigration is too little too late.

“It’s been a barrage, one after the other, of offensive, outrageous remarks,” Navarro stated. “He’s been kicking us like puppies!” 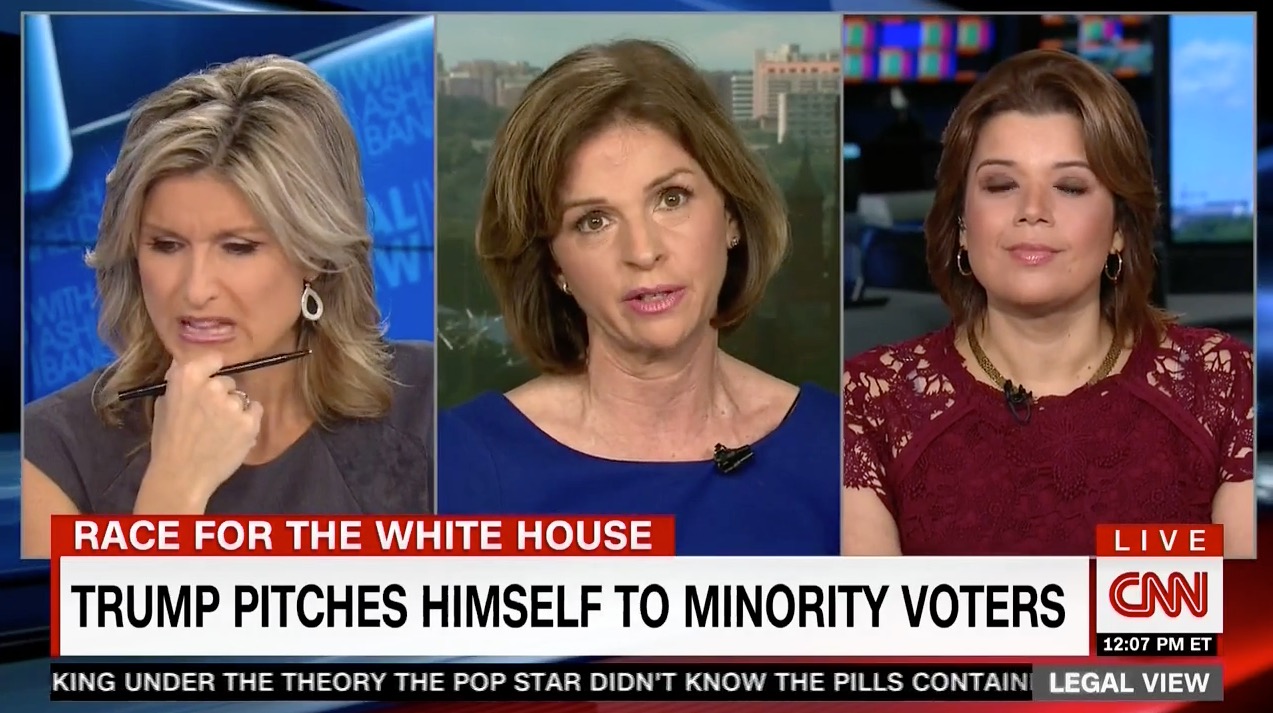 Aguirre Ferre at this point remarked that Navarro’s aside “had nothing to do with immigration reform,” before being cut-off by her co-panelist.

The two continued inaudibly shouting at each other until Ferre told Navarro, “you can be as offended as you want by what Donald Trump has said. I am more offended by what Hillary Clinton has done.”