Joe Scarborough says he is working on “Trump the Musical.”

“I’m working on a musical,” the host of MSNBC’s “Morning Joe” said during a recent interview with GQ magazine. Scarborough, at the start of the Republican presidential nominee’s campaign, spent months praising the candidate even referring to him as “masterful politician.” The last few months, however, have been another story, as the host has repeatedly blasted Trump for failing to “moderate.”(RELATED: Joe Scarborough Mocks Donald Trump In Music Video) 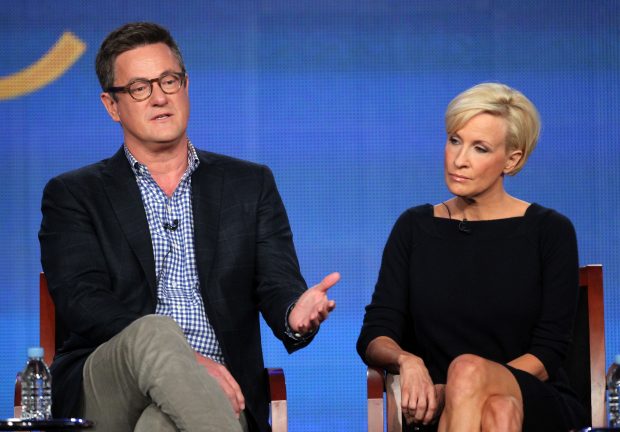 But even though their relationship has soured, that hasn’t stopped Scarborough from pursuing his latest project.

When the reporter pressed him further to see if the whole thing was a joke, Scarborough gave him his ear buds and played a demo of a song sung by a friend of his for his proposed project. (RELATED: Joe And Mika Hang Out After Hours)

And Scarborough said he isn’t worried about whether Trump wins or loses affecting the musical, he’s sure it will be a hit.

“Oh yeah,” he said. “There’s enough general-interest knowledge about this guy that I can write basically whatever I want to write. People are like, ‘Well, what if he wins?'”