New England Patriots quarterback Tom Brady and former teammate Wes Welker got together over the weekend to play a little catch at Brady’s Boston home. 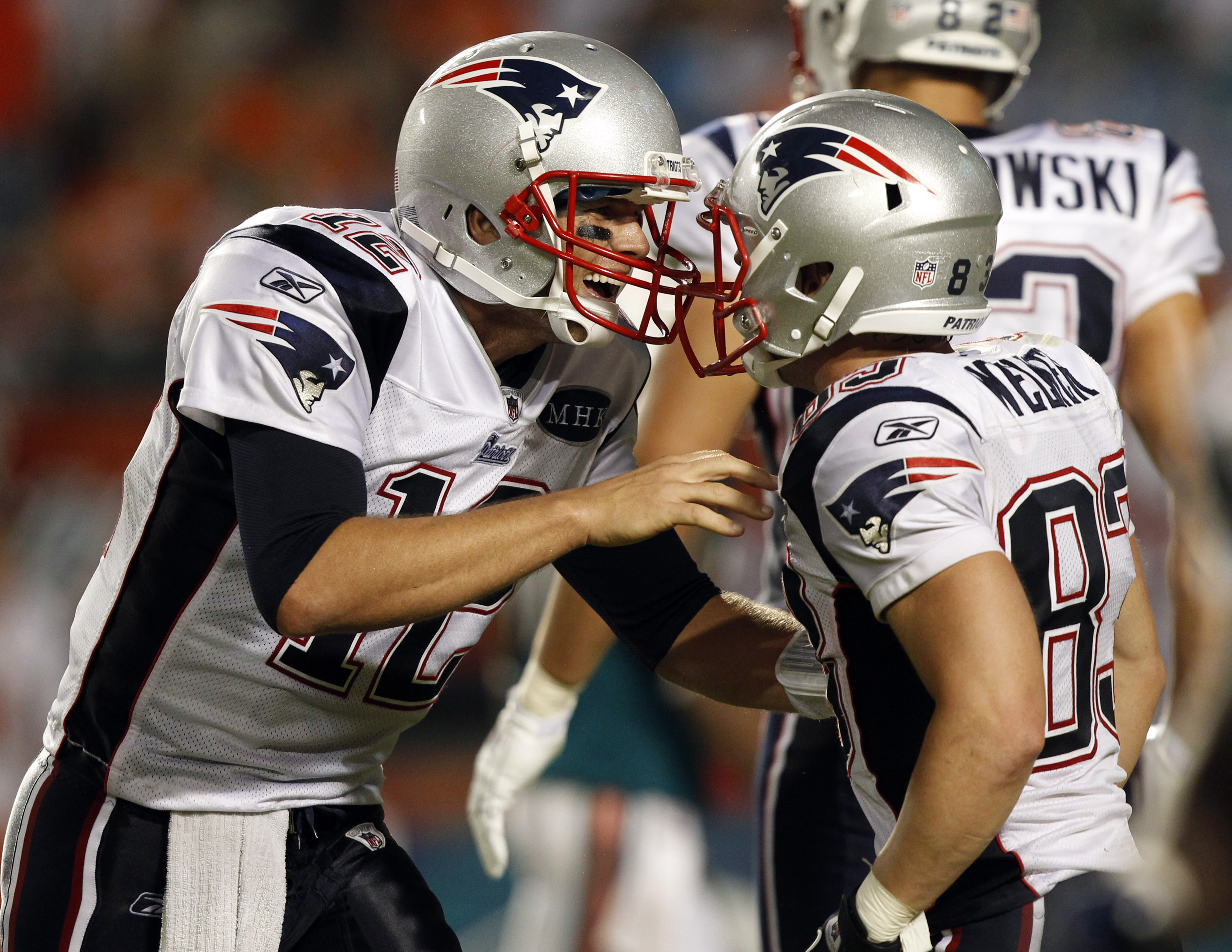 Brady and Welker get together on the field. (Photo credit: REUTERS/Hans Deryk)

Welker reportedly called Brady to get together for dinner and although Brady had to decline, he jumped at the chance to catch up with Welker while still serving his suspension from the NFL, ESPN reports.

Brady is two-games into his four-game suspension for his involvement in the Deflategate scandal and is prohibited from “engaging in any football related activities or discussions with current teammates.” But luckily for Brady, Welker isn’t a current teammate. At least not for now.

Brady isn’t the only New England Patriot Welker spent time with while back in town. Welker was having dinner at Capo Restaurant in Boston on Saturday night where he coincidentally bumped into Patriots owner Robert Kraft, TMZ reports. 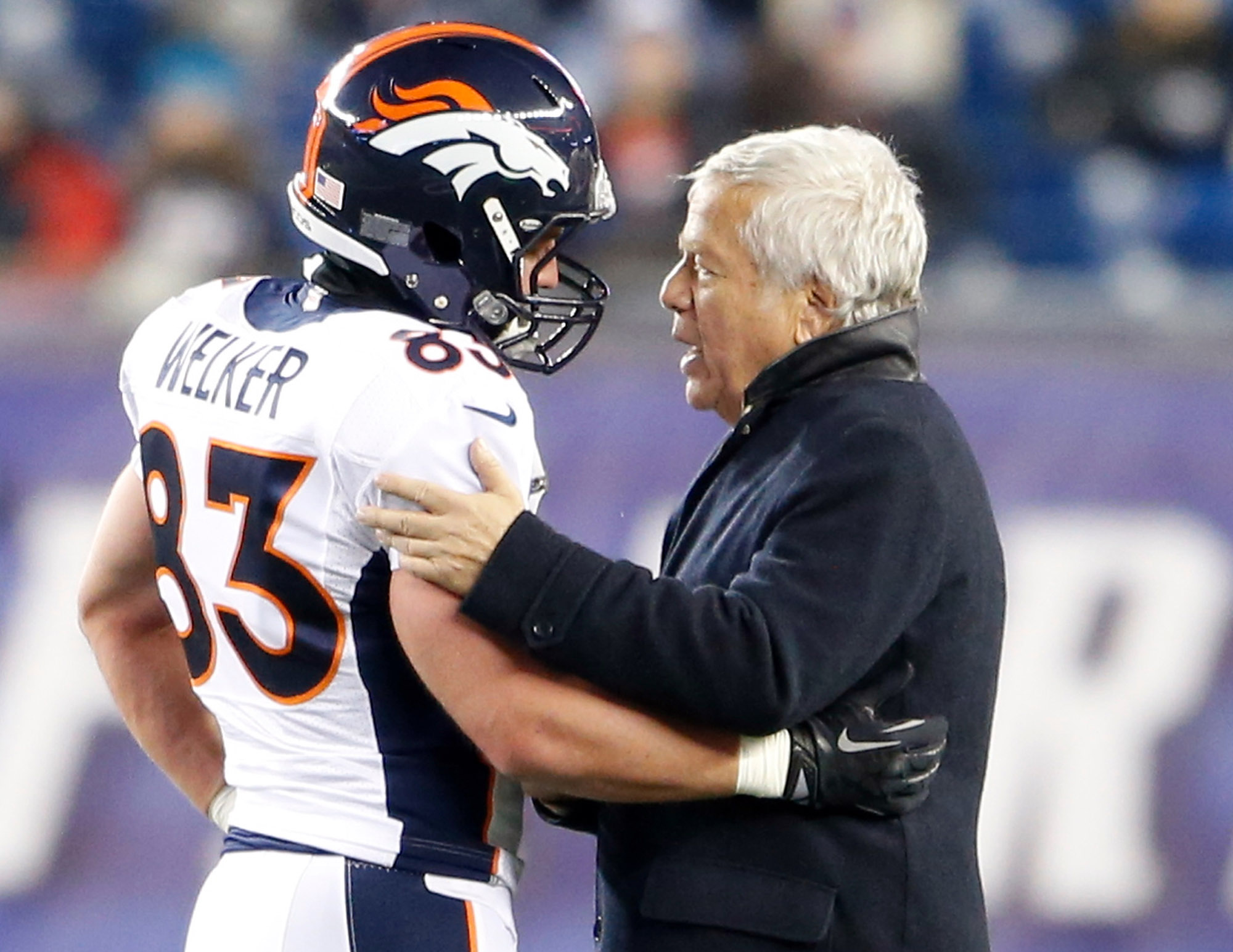 Welker and Robert Kraft talk to one another before the Patriots take on the Broncos. (Photo Credit: David Butler II-USA TODAY Sports – RTX15RXJ)

The two reportedly arrived separately with different parties, according to TMZ. When Wes was told that Kraft was there, he approached his old boss and they both left their tables to sit at a table of their own.

Kraft and Welker sat together for about thirty minutes, talking and drinking martinis, TMZ reports.

It’s not a surprise that Welker would meet with Kraft and Brady while visiting Boston — the three of them had a very successful six years together. But the nature of their private meetings certainly raises suspicions of a reunion. After all, Welker is a free agent.