Last week, “Catholics” for Choice (CFC) set off a firestorm by placing full-page ads in newspapers across the country. The U.S. Conference of Catholic Bishops, along with a number of individual bishops, spoke out against the ads saying they were deceptive in directly flouting Church teaching.

In a statement put out last week, Cardinal Dolan, Chairman of the USCCB Committee on Pro-Life Activities, said, “…the use of the name ‘Catholic’ as a platform to promote the taking of innocent human life is offensive not only to Catholics, but to all who expect honesty and forthrightness in public discourse…Catholics for Choice’s extreme ads promote abortion as if it were a social good. But abortion kills the most defenseless among us, harms women, and tears at the heart of families. Pushing for public funding would force all taxpaying Americans to be complicit in the violence of abortion and an industry that puts profit above the well-being of women and children.”

Catholics for Choice is possibly the most astroturfed organization of all time: it’s funded strictly by secular abortion-funding sources such as Ford Foundation and the Rockefeller Foundation, and it has been categorically denounced as having teachings contrary to the Catholic faith by any Church authority who has spoken on the matter. The United States Conference of Catholic Bishops has consistently rejected CFC’s claim to Catholic identity and characterized it as anti-Catholic facade that is “an arm of the abortion lobby.” The organization is so transparently anti-Catholic that their lobbying efforts involve downgrading the Vatican’s status in the United Nations, and Catholics can even be excommunicated for being CFC members. 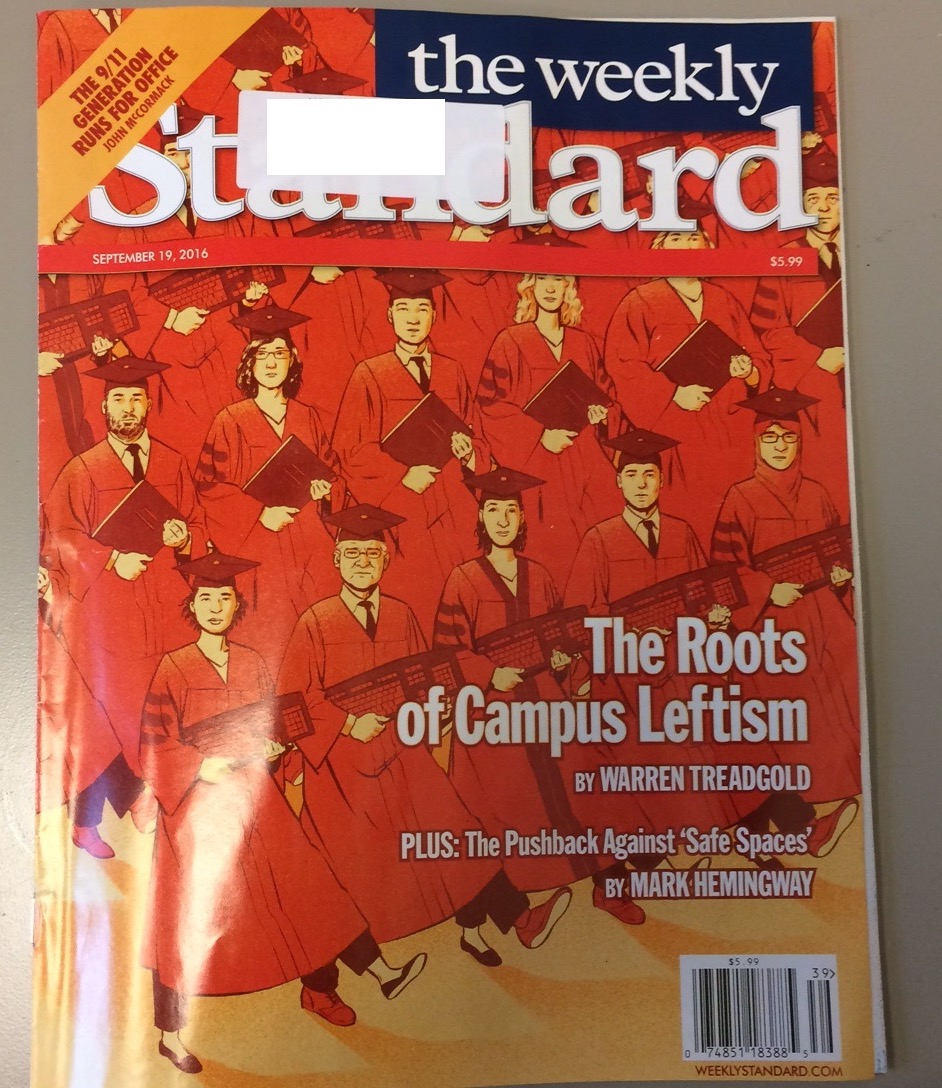 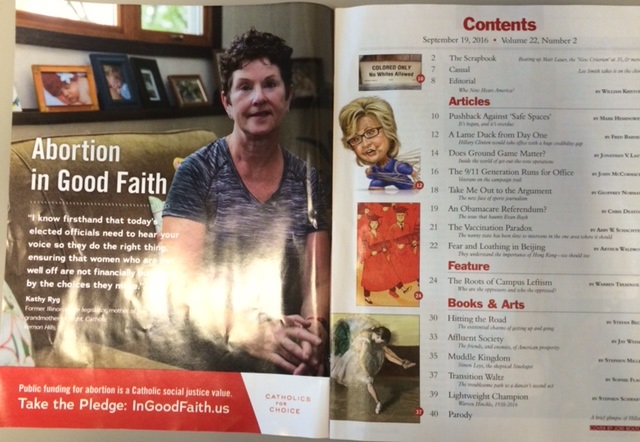 Brent Bozell, a prominent Catholic as well as the founder and president of the Media Research Center commented, “The Weekly Standard is a good magazine, which is why it’s so puzzling, and so disappointing that they would take a full page ad from an organization that’s so odious.”

When reached for comment on why the magazine decided to run the ad and in such a prominent place, The Weekly Standard did not return phone calls or email.

One hopes a retraction would be printed, an apology issued, and money received given to a pro-life charity of choice, but that is if it was a mistake. Any other reasons would prompt a further investigation into the reasons behind the ad.