The 69-year-old horror author told The Washington Post over the weekend that the one thing that scares him is the idea that the Republican presidential nominee could win the White House. (RELATED: Stephen King: Donald Trump Leaves Me ‘Speechless’) 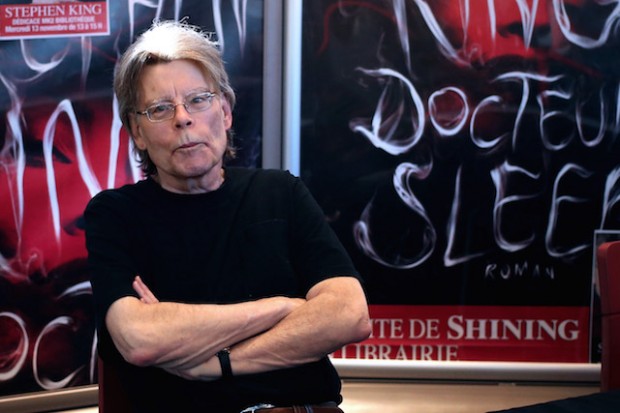 “A Trump presidency scares me more than anything else,” King said. “I’m terrified that he’ll become president.” (RELATED: Stephen King: ‘I Am Very Disappointed’ In My Country Over Trump

The horror author added that he thinks it is “fear” that has led to Trump’s popularity.

“As long as people are fearful it’s hard to have a rational discussion.”

King said what really scares him is that he thinks now Trump actually “has a real shot” at winning because he thinks Hillary Clinton has failed to generate excitement.

“I would have laughed three or four months ago, but I think that Trump has a real shot,” he said. “I think that Hillary Clinton has been a lackluster candidate, frankly, and there’s been a sense of entitlement about her campaign like, ‘Ah, it’s my turn and I’m running against a buffoon therefore I am already president.'”

Earlier this year, the horror author told Rolling Stone magazine he was “very disappointed” in his country over Trump’s success.

“I am very disappointed in the country,” he said. “I think that he’s sort of the last stand of a sort of American male who feels like women have gotten out of their place and they’re letting in all these people that have the wrong skin colors.”