Brit Hume, interim anchor of FNC’s “On the Record,” got his back up against the wall Monday night when a viewer suggested that The Daily Beast Washington Bureau Chief Jackie Kucinich had appeared on his show. He also said Hume’s show had been unbalanced.

In other words, unfair and unbalanced, which flies in the face of the network’s core philosophy.

FNC Chief Washington correspondent James Rosen got the ball rolling when he said this: 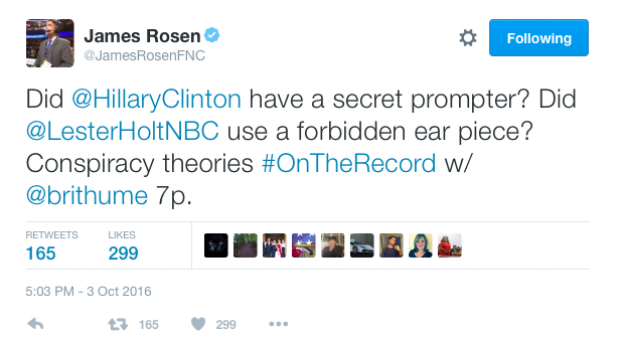 Hume wasn’t taking any of this lightly. Especially the “Kucinich” part. (Rep. Dennis Kucinich (D-Ohio) served in Congress between 1997 and 2013. There are, no doubt, other Kucinichs in the world.) 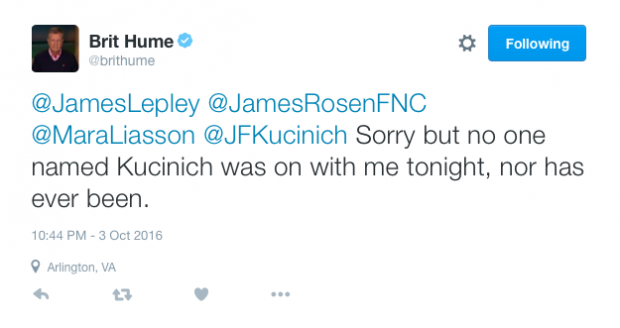 For her part, Jackie Kucinich, who has appeared on a variety of Fox News programs, didn’t take what appeared to be a slight personally or assume there was any bad blood between them.