A GoFundMe page has been set up in hopes of getting more alleged hot mic moments involving Donald Trump released.

Following the debate Sunday night, a user by the name Aaron Holman created a page by a “group of old friends and colleagues who are fed up with what is going on.” The page focuses on raising $5 million dollars, allegedly the amount that would help cover the fine if former “Apprentice” staff released the tapes. (RELATED: Reporters Publicly Beg Ex-‘Apprentice’ Producer To Leak Trump Dirt) 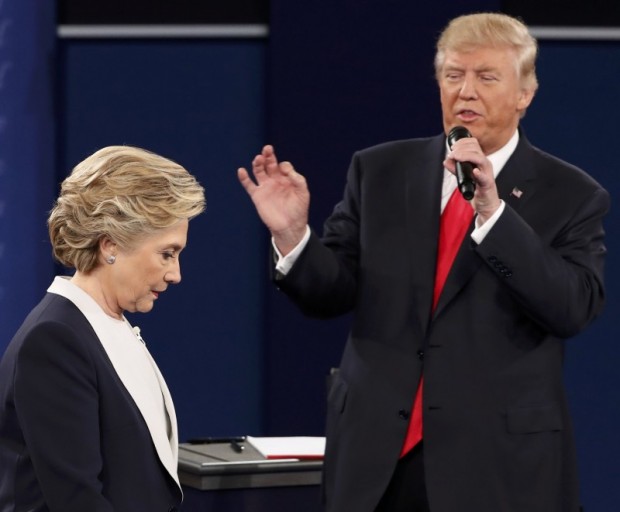 “Someone out there is likely in possession of a piece of evidence that could be used to substantiate what many folks have always believed; that the current nominee for President of the United States is not a moral leader for us all to look to over the next four years,” the letter on the page read. “This country needs that person to come forward and ensure that we all know the truth that is out there. Recent developments have led many to believe that video footage of Donald Trump exists which proves that the person we have all come to know over the past year is not the person that he truly is — footage that reinforces what we have all just recently begun to see more clearly.”

“There are risks to releasing this footage, including a potential $5 million dollar lawsuit, other legal fees or adverse professional implications,” the letter adds. “This campaign hopes to raise the funds to pay those penalties and reward the whistleblower responsible with whatever remains to assist them as they move forward in their career.” (RELATED: Here’s How ‘Saturday Night Live’ Handled The Donald Trump Tape)

“As a producer on seasons 1 & 2 of #theapprentice I assure you: when it comes to the #trumptapes there are far worse #justthebegininng,” Pruitt tweeted.

As a producer on seasons 1 & 2 of #theapprentice I assure you: when it comes to the #trumptapes there are far worse. #justthebegininng

As of Monday night, the group has raised more than $13,000 dollars.