The SPLC’s released statement a Monday, which in part said, “Bannon has a long history of bigotry. He has insinuated that African-Americans are ‘naturally aggressive and violent.'” Bannon’s comments came in a July opinion article. He wrote, “What if the people getting shot by the cops did things to deserve it? There are, after all, in this world, some people who are naturally aggressive and violent.” 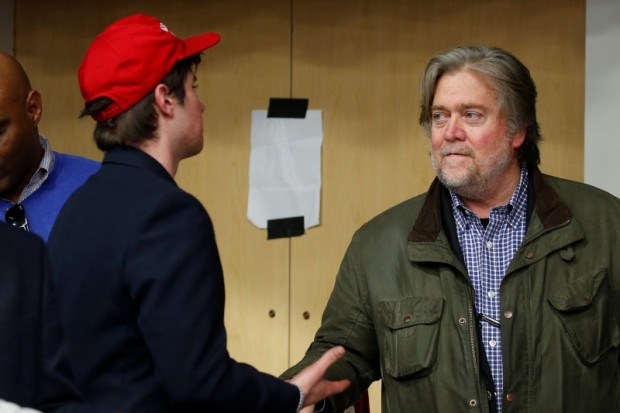 TheDC asked Democratic New York Rep. Charlie Rangel in September if he thinks that since systemic racism to blame for black Americans being disproportionately stopped by police and imprisoned compared to white Americans then does he think that systemic sexism is to blame for a larger disparity between men and women.

“Men generally, which has nothing to do with racism, have a tendency to be disorderly more than women, that goes without saying. There’s more goddamn [male] prizefighters than women,” Rangel said.

When asked why that is, the black New York Democrat replied, “Men are built differently, men play football, they’re boxers, they do things that require strength, they’re more disorderly, they get into more trouble.”

The SPLC did not respond the to TheDC’s inquiry about whether they consider Congressional Black Caucus member Rep. Rangel a racist.